A couple days ago Nike dropped a press release announcing the return of the Nike Air Rift which combined new and original color schemes. It appears they left one pair out that will release in May which should attract some sneakerheads.

This pair of Nike Air Rifts come with a predominate crystal mint upper, on the heel and some of the lining is a mixture of bright citrus and total orange. The midsole takes on white while the branding, sole and insole is layered in black. 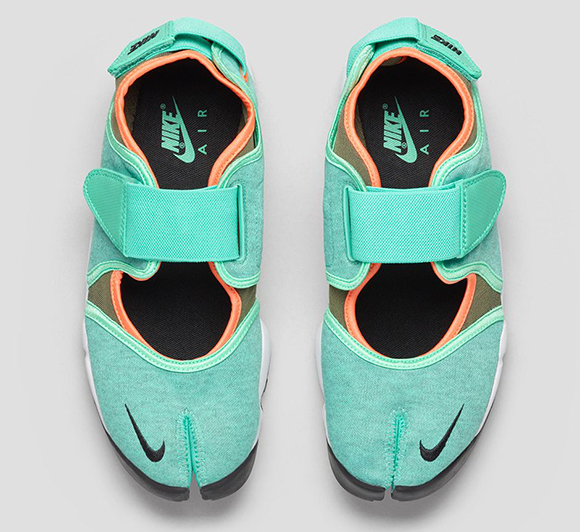 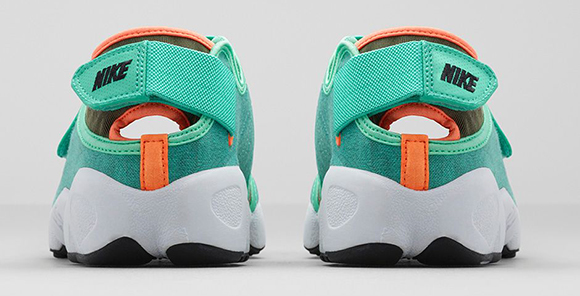