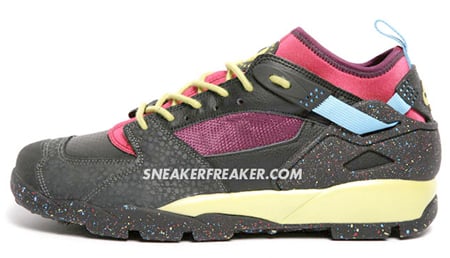 After already have reported the return of the Nike Air Revaderchi releasing in its original colors under the Sportswear line, another model has appeared entitled “Fruit Platter”. This Air Revaderchi will be released in package alongside the Terra Humara and Wildwood. Sporting a more eclectic look, blue, lime, Burgundy and rubin colors are highlighted next to a Safari pattern and multi-colored speckled mid-sole. A release date has not been announced. Via Sneaker Freaker. 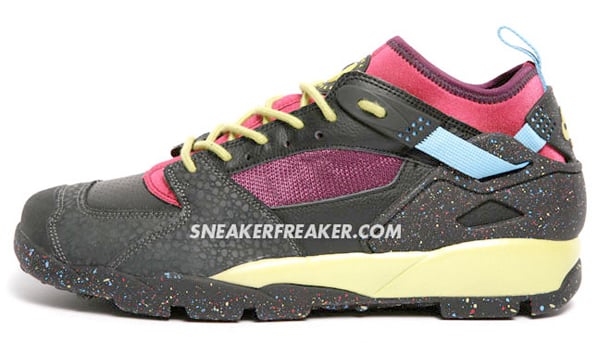 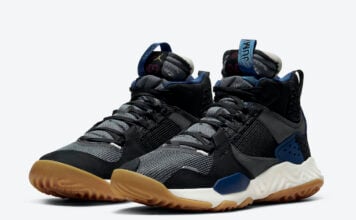