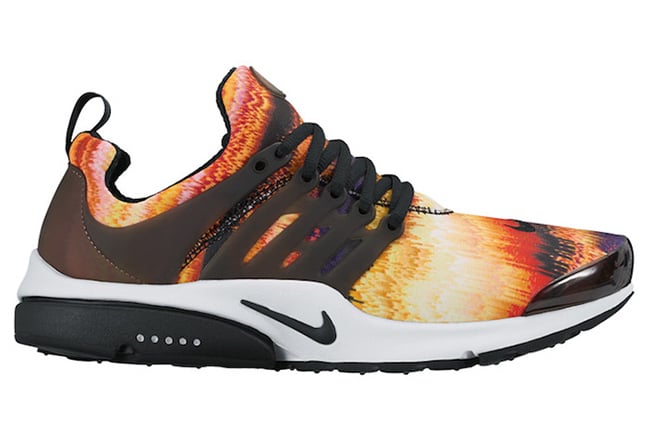 This Nike Air Presto is dressed in Vivid Sulfur, Black, Sail and Racer Blue. Without a doubt, the highlight is the Fire in a wave like pattern that covers the toe that extends through toe toe and around the heel. Black is used across the cage which is somewhat transparent while the same shade is sued around the toe, but this time shiny. Other details include a White midsole and Black through the outsole.

More photos of the Nike Air Presto Fire Waves can be seen by scrolling below. At the time of writing, a release date has yet to be announced but they are expected to launch at Nike Sportswear retailers later this Summer. 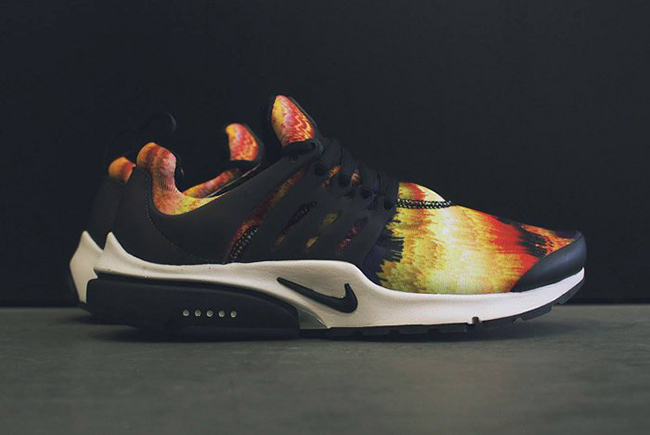