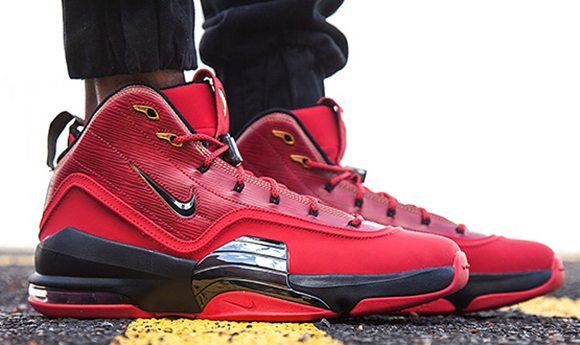 While many think of Michael Jordan when it comes to the Bulls, you can’t forget about Scottie Pippen who also was an all-star and now in the hall of fame. As Nike continues his line with the Air Pippen 6, a pair that is being called ‘Chicago Bulls’ is slowly being introduced to stores. Today we bring you another look at the kicks along with an on foot look.

The Chicago Bulls Nike Air Pippen 6 which is also being called ‘Ragging Bulls’ comes with a predominate university red upper that also hits the outsole. Through the midsole is the use of black which is also present on the heel tab. Mixing it up is gold and metallic silver which accents throughout.

Select retailers in the United States are now carrying the Nike Air Pippen 6 ‘Bulls’ as well as Foot Locker AU. 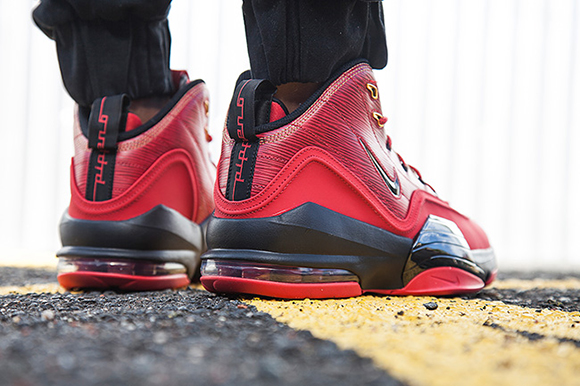 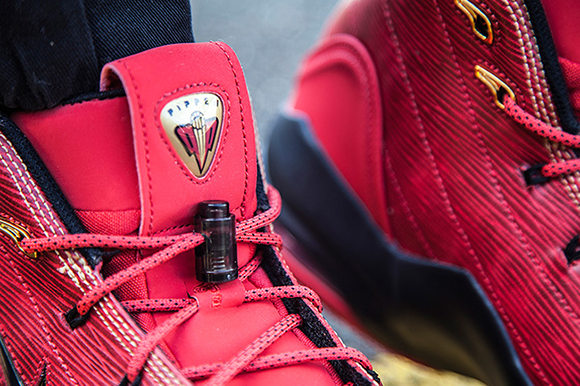