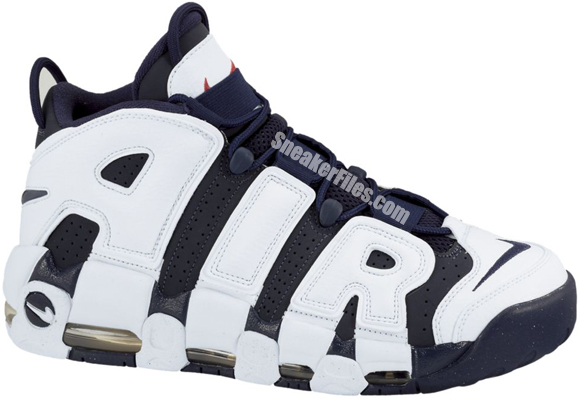 Also set for a release next month is the 2012 retro of the Nike Air More Uptempo “Olympic”.

Rocking a Midnight Navy/Midnight Navy-White-Spirit Red colorway, the kicks feature metallic gold detailing on the visible full-length Air unit and were worn by Scottie Pippen throughout the 1996 Summer Olympic Games here in the US in Atlanta.

Retailing for $160, these will also be released on July 1.