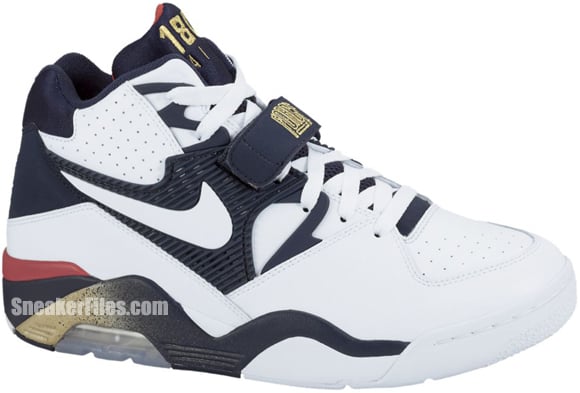 With the 2012 Summer Olympic Games set to kick off in London next month, Nike Sportswear has dropped official release info for a number of retro Olympic-inspired releases due out this Summer.

Worn by Charles Barkley as a member of the 1992 Dream Team in Barcelona, this 2012 retro of the Nike Air Force 180 “Olympic” sees a White/White-Midnight Navy-Metallic Gold colorway with hits of red on the tongue lining, heel and outsole.