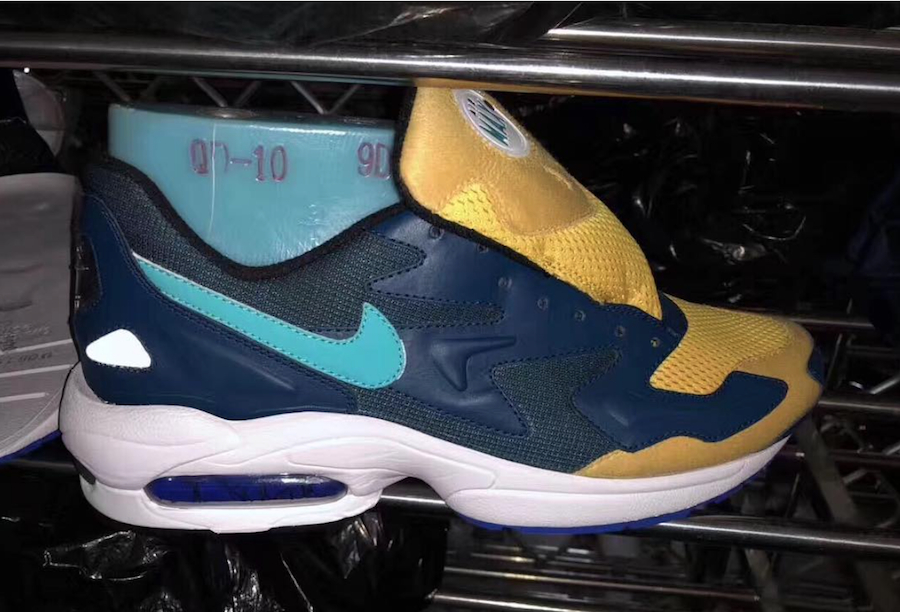 As for the first colorway of the Nike Air Max2 Light 94 Retro, they come dressed in a Navy Blue and Gold combination. In addition we have Teal applied to the Nike Swoosh logo on the panels while White covers the midsole. Completing the look is Blue which lands on the Air Max bubble and outsole.

At the time of writing, a release date for the Nike Air Max2 Light Retro has yet to be announced, however various retro colorways are expected to release during the early part of 2019. Once we have more information we will make sure to update you. Let us know your thoughts in the comments section.