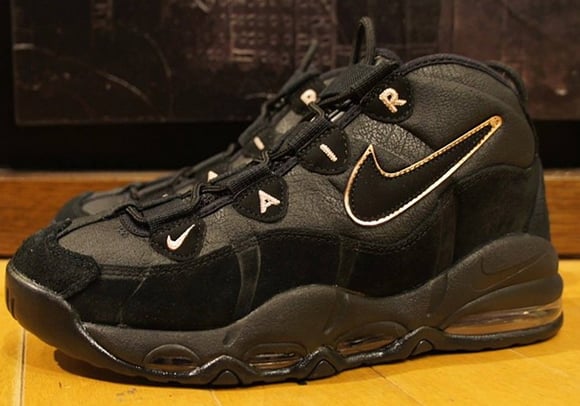 The Nike Air Max Uptempo is slowly returning which started a few months ago. We have seen a pair using an original colorway as well as a series of solid colors hitting the uppers. For those that like their kicks plain and simple, today is your luck day as the Air Max Uptempo is set to drop in black.

Featuring a predominate black build with the addition of leather uppers and suede around the mudguard. From the image it’s hard to tell if the shade used is white, but it appears the color runs down the eyelets spelling out ‘Air’ with the lace loop using a sold white swoosh while the side swoosh is outlined in white.

As of now there isn’t any release details for the Black Nike Air Max Uptempo but stay tuned. 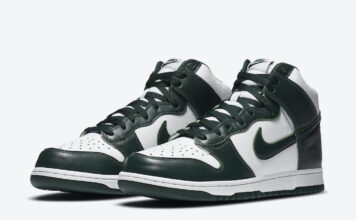