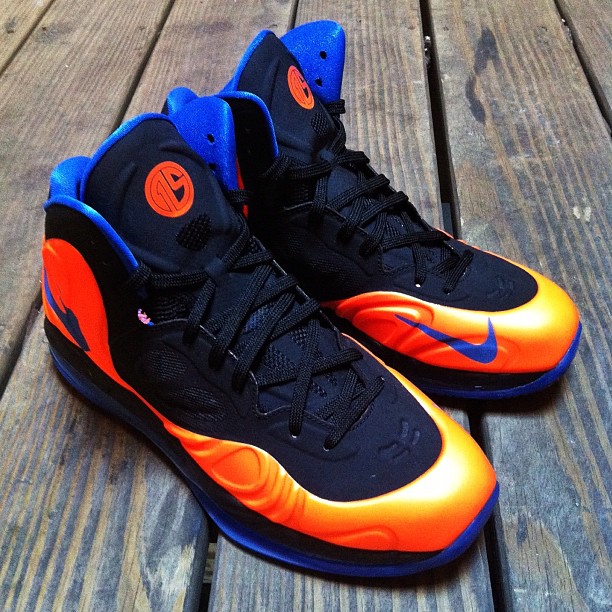 New York Knicks star Amar’e Stoudemire is set to lace up a player exclusive version of the upcoming Nike Air Max Hyperposite for the 2012-2013 NBA season.

Lined in blue with matching Swooshes, a blue rubber outsole and 360 Max Air unit, the kicks come with black on the midsole, Hyperfuse portions of the upper and laces while bright orange Foamposite caps off the upper.

Finished off with Amar’e’s logo on the tongue, look for the kicks on court later this year.