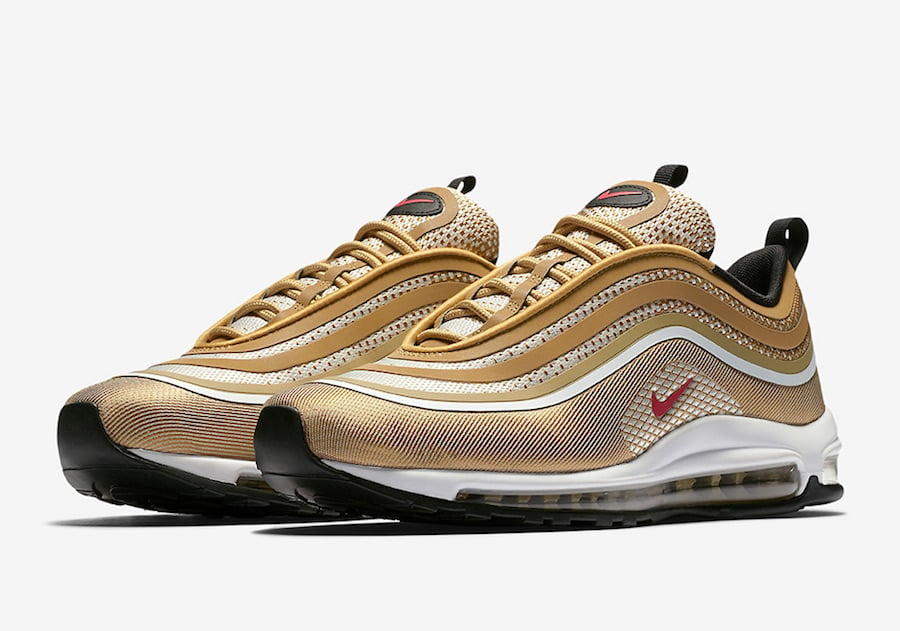 While we have seen a few similar looks release, this Nike Air Max 97 features a Metallic Gold, University Red, Black and White color combination. Featuring Gold across the uppers along with 3M Reflective detailing. Using a new mesh and fuse upper, White lands on the midsole while Black covers the outsole. Finishing the look is Red on the Nike branding.

Currently a release date for the Nike Air Max 97 Ultra 17 Metallic Gold has yet to be announced. However for those that want to purchase, you can expect them to arrive at select Nike Sportswear retailers as well as online at Nike.com during Fall. Retail price will be $160. Continue to scroll below to check out additional images which will give you a better look. 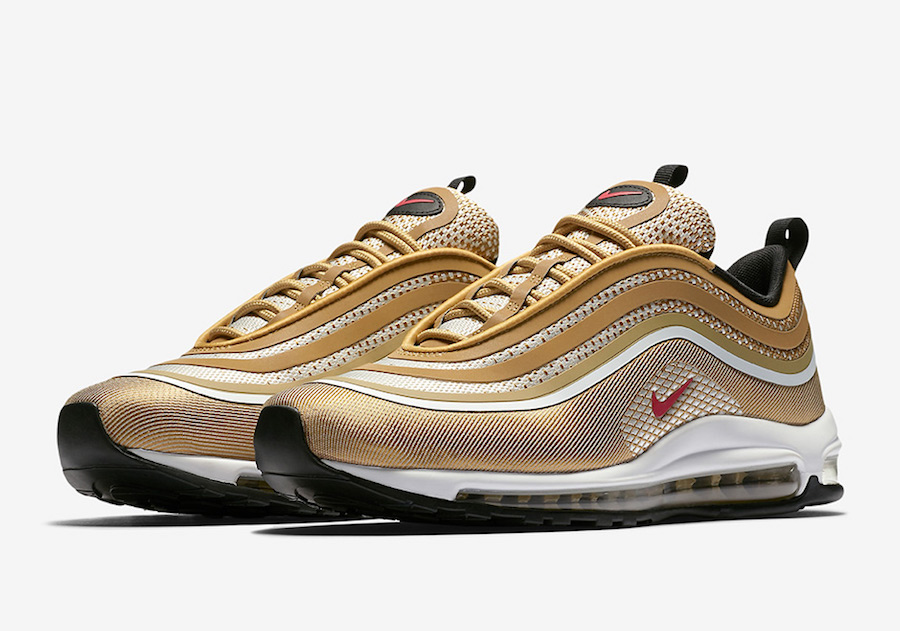 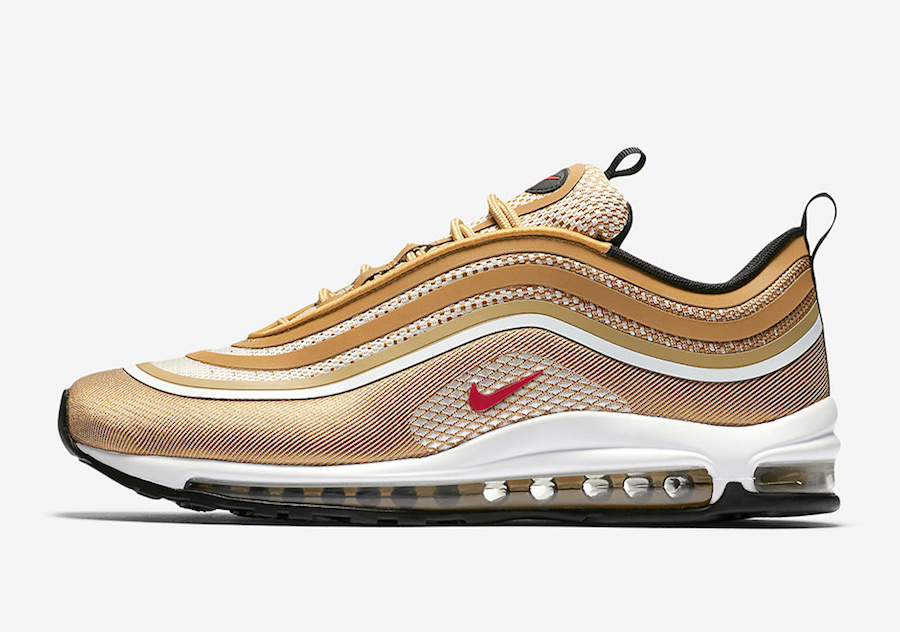 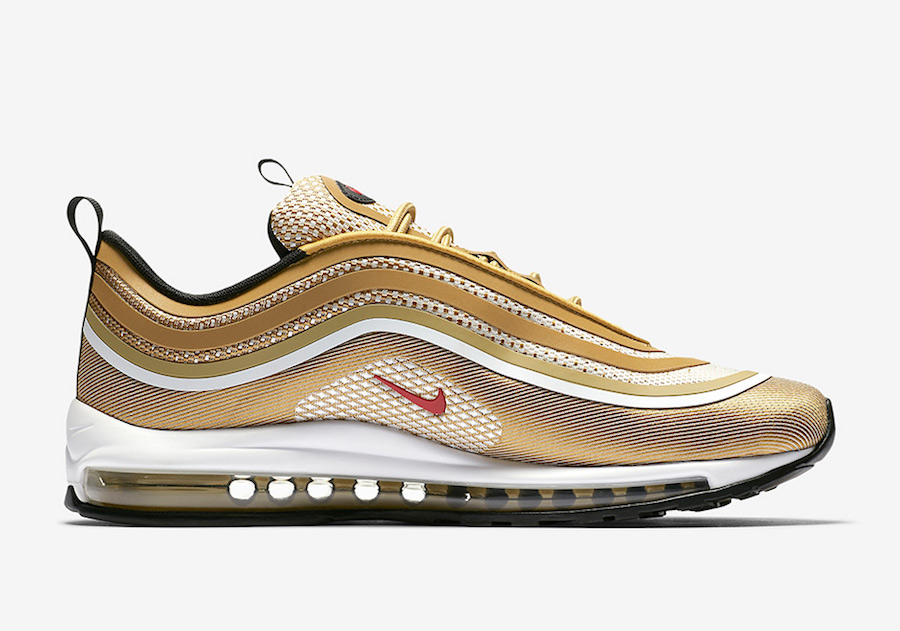 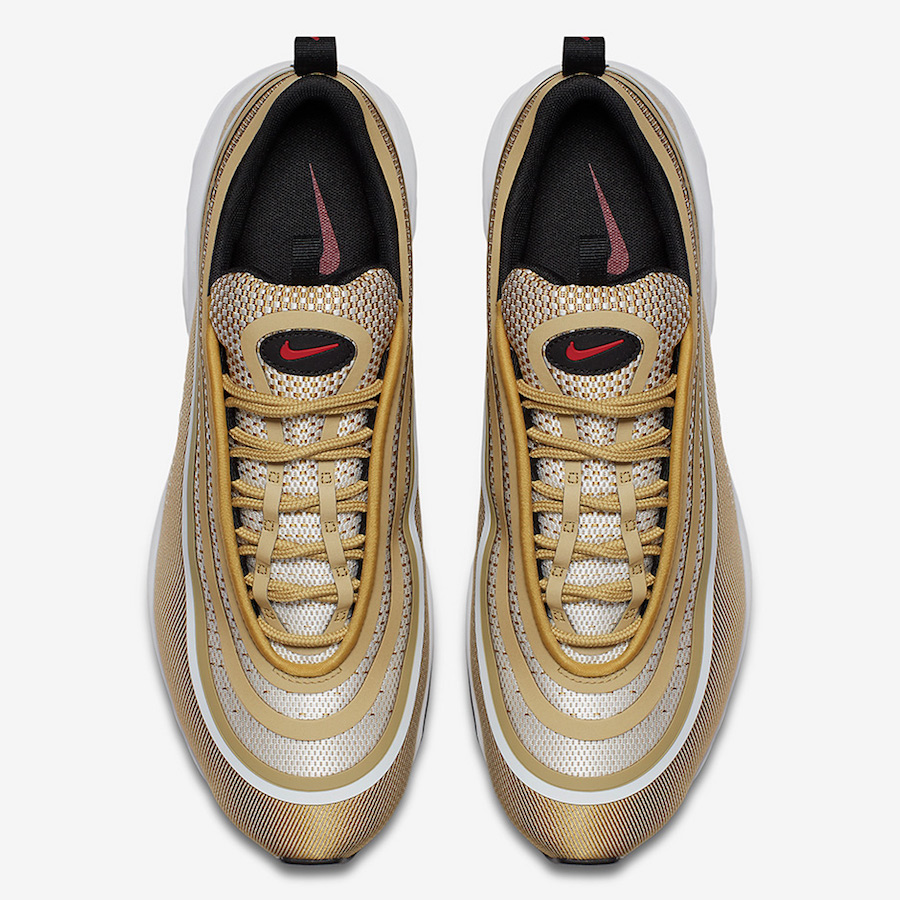 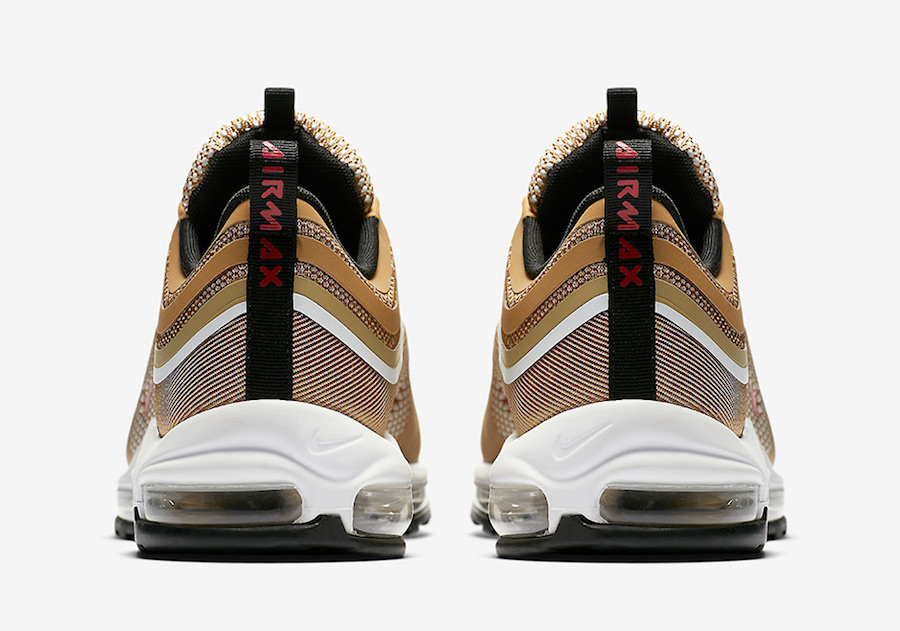 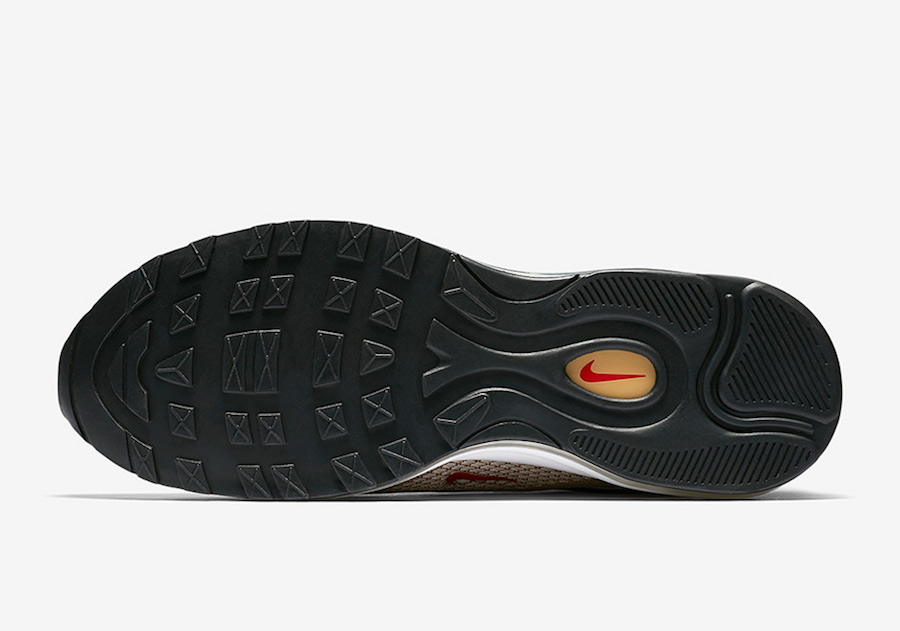 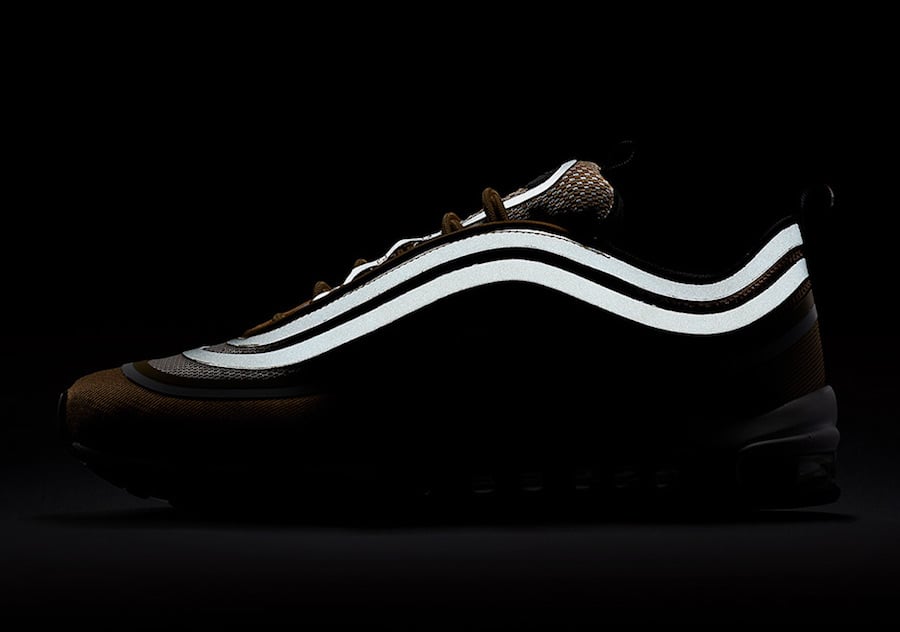 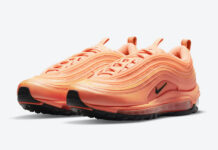 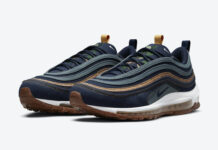 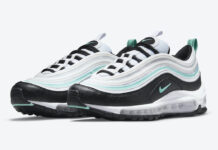