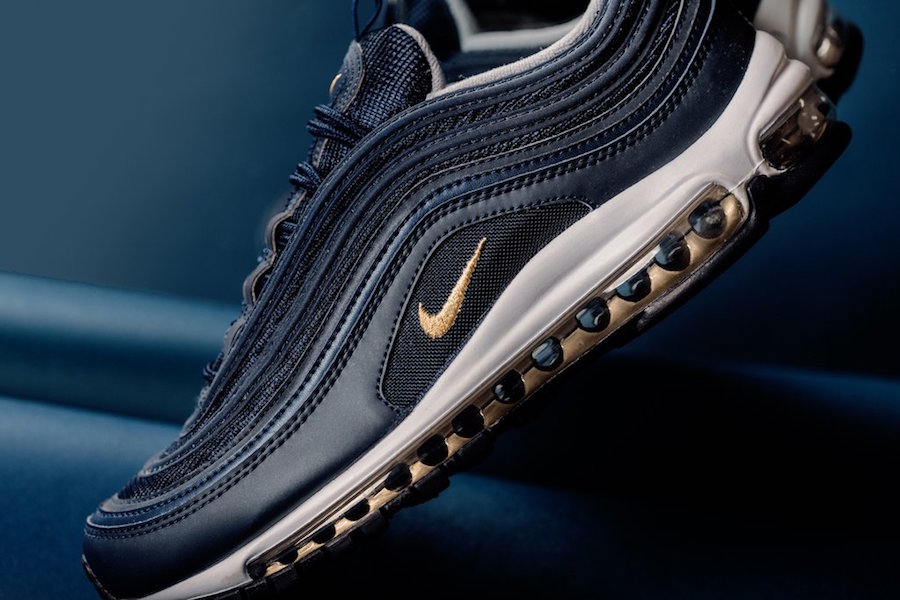 While the celebration of the Nike Air Max 97 got off to a slow start, Nike Sportswear will celebrate the 20th Anniversary in a big way. During August we will see 20 different color options become available but now we take a look at the Nike Air Max 97 ‘Midnight Navy’.

This Nike Air Max 97 comes dressed in a Midnight Navy, Metallic Gold and White color combination. The uppers which consists of Navy is constructed with mesh and leather while 3M Reflective accents land on the stripes. Following we have Metallic Gold embroidered on the mini Swoosh and within the 360 Air unit. Finishing the look is White across the midsole.

At the time of writing, a release date for the Nike Air Max 97 Midnight Navy has yet to be announced. However they are expected to arrive soon at select Nike Sportswear retailers. Once we have additional information, we will make sure to update you. For now you can check out more images by scrolling below. 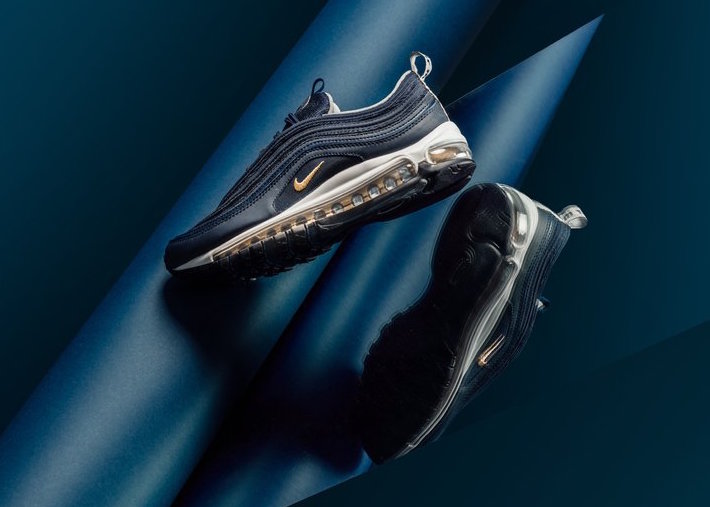 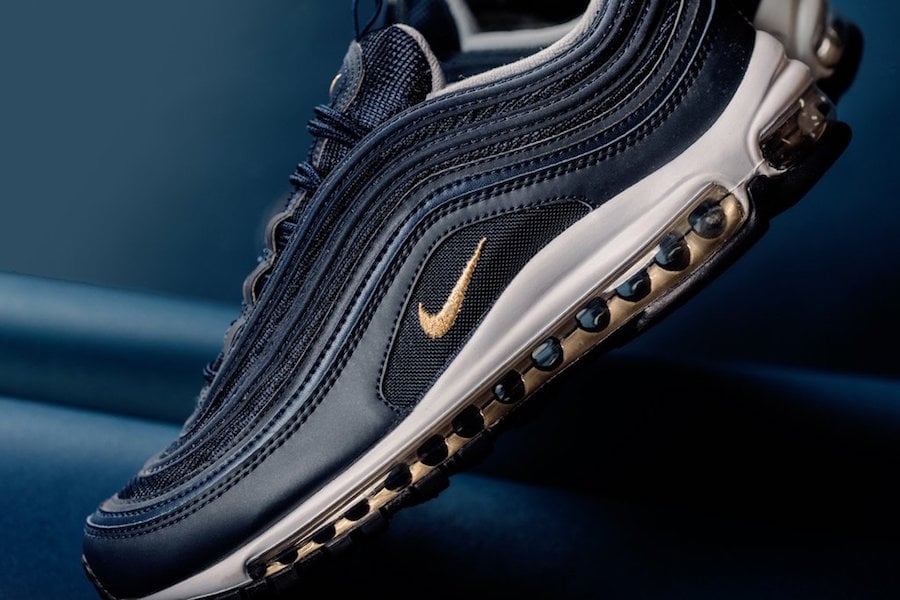 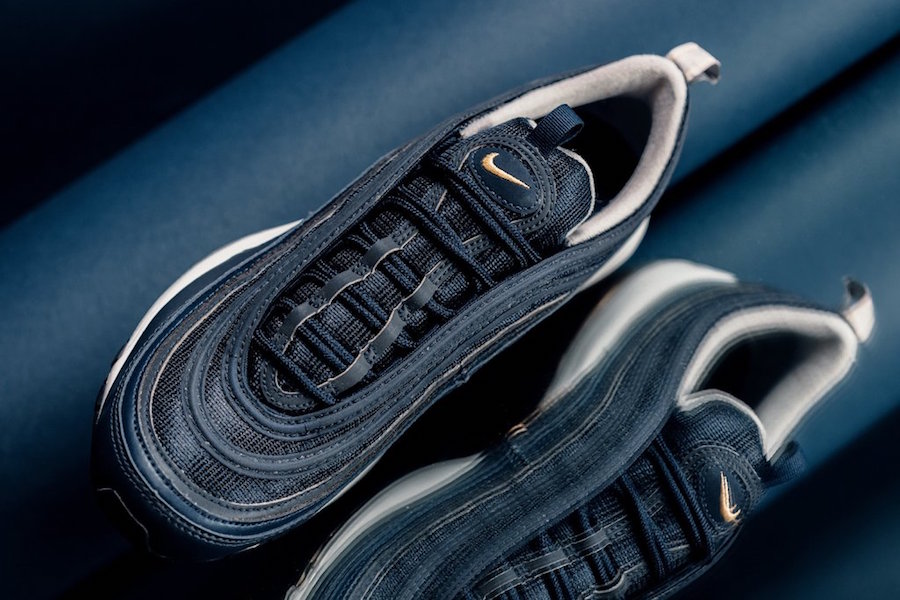