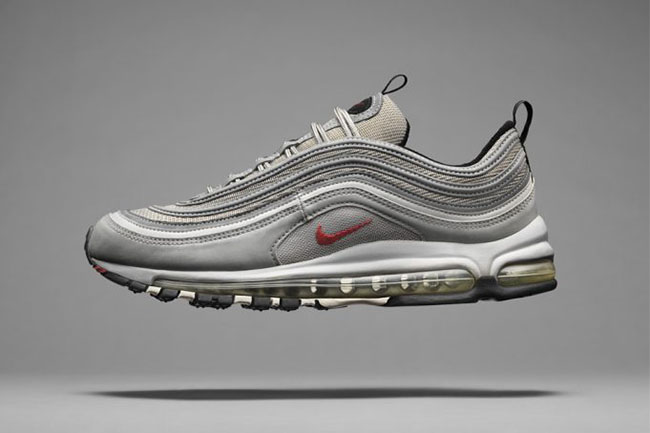 The Nike Air Max 97 ‘LA Silver’ is a classic launch returning for the Holiday 2016 Season. Just around the corner from the models 20th Anniversary, the launch will take place during December.

Some of you may remember that Nike released the Nike Air Max 97 OG earlier in the year which was an Italy exclusive. Now the model will find it’s way at more shops.

With the 20th anniversary of the Nike Air Max 97 looming — and ahead of more Italy-exclusive celebrations to follow last month’s limited rerelease — some of those who were there from the start share their memories and thoughts on the now iconic silhouette.

MICHELA GATTERMAYER, EDITOR-IN-CHIEF, ELLE (1989-2004)
“I have to admit that I first found them horrendous. But that kind of fascinating horrendous: brutto-bello. Freaks. Their aesthetic was totally outside of our visual vocabulary. At the time sneakers were worn very infrequently in fashion.”

SHA RIBEIRO, PHOTOGRAPHER
“As a graffiti writer it was cool because you could get a photo taken of yourself with a flash in front of a piece in a tunnel and you’d be all covered up but there was a crazy glare coming from your shoes. They made you feel like you were doing some space age stuff when you went out at night.”

RICCARDO BALLI, DJ
“I can remember that you had kids turning up wearing AM97s for both the hip-hop and the hardcore nights. As an observer from the decks I thought that the AM97s were much better suited to the hardcore scene where everybody had a very clean look, was very aerodynamic, with their shaved heads and 180 + BPM music and their whole cult of synthetic velocity.”

The Nike Air Max 97 LA Silver will release in Italy on December 2nd. A wider release landing through the rest of Western Europe will take place on December 14th. 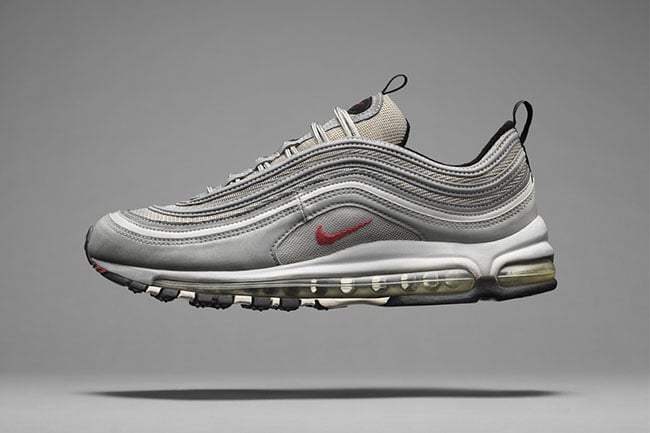 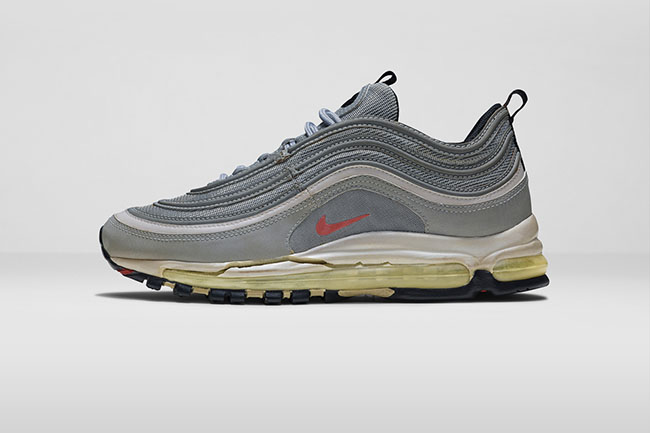