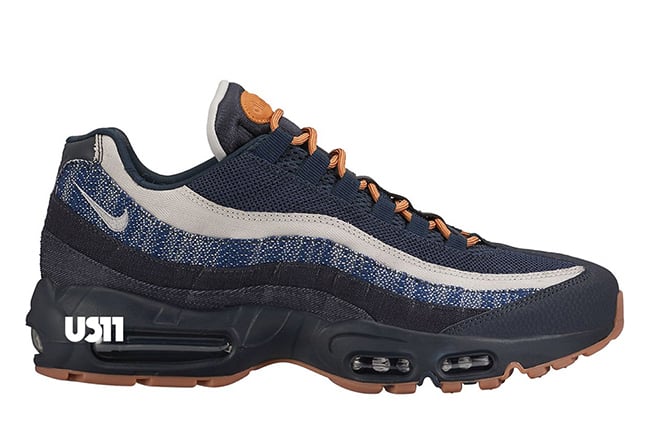 2016 is shaping up to be a big year for Nike Sportswear and you can expect a strong lineup for the Air Max 95. One of those models set to release is the Nike Air Max 95 ‘Textile Gradient’.

This pair of Air Max 95s receives it’s nickname due to the textile pattern through the ribs. Almost a Pendleton, shades of blue also cover the sides which appears to feature denim. Following is 3M reflective material stripe, mesh uppers and wheat through the laces and tongue logo. They are then finished off with a gum outsole.

As of now, there isn’t a set release date for the ‘Textile Gradient’ Nike Air Max 95, however they should debut during the earlier to mid part of 2016. You can expect many more color schemes of the Air Max 95 to debut in 2016 even though the 20th anniversary is officially over. Make sure to check back for future details.

The Nike Air Max 95 ‘Ironstone’ Features a Mix of Materials