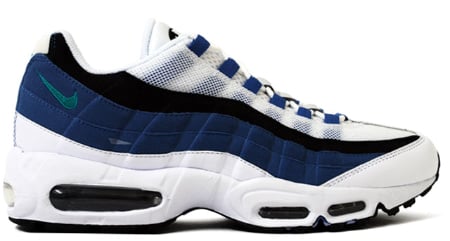 Back in September of 2009, we reported that Nike was set to re-release both the “Comet” and the “Slate” Nike Air Max 95, and we now have our first look at the 2010 retro of the “Slate” style. This AM 95 hosts a white upper with blue and black accents. Nearly everything about this sneaker has remained the same since it was originally released five years ago in 2005. The “Slate” Nike Air Max 95 will be available for purchase at your local Nike retailers in the upcoming months, so be sure to stay tuned for an exact release date. 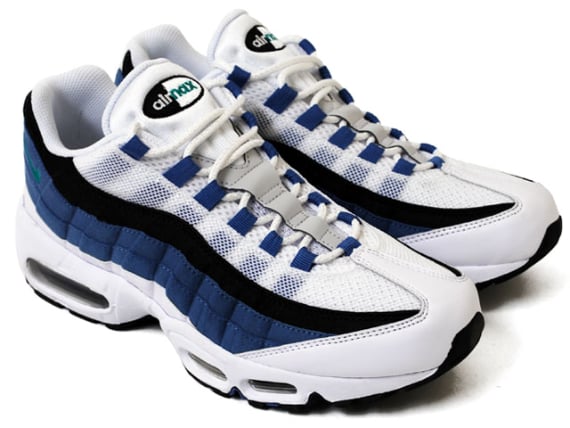 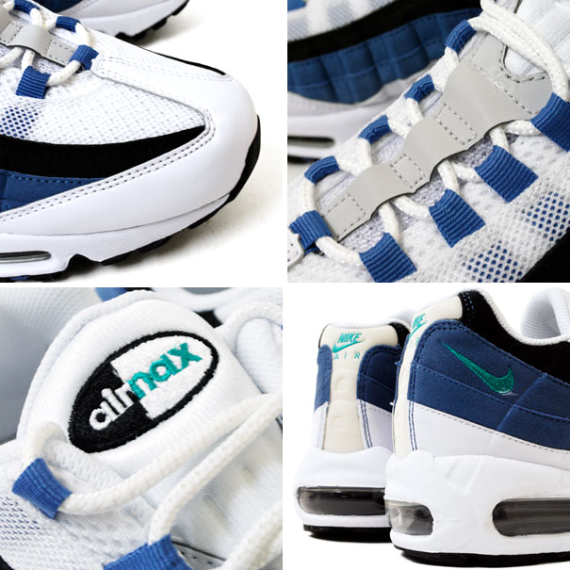 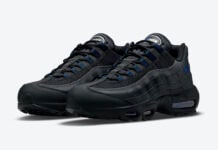 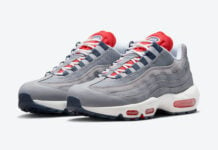