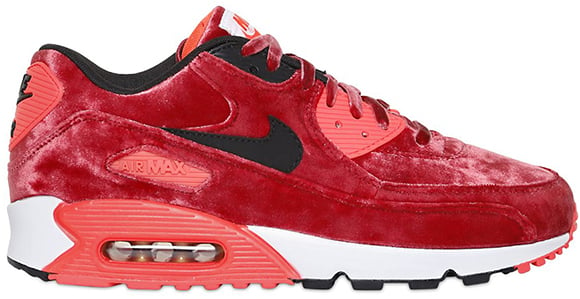 Since we are getting closer to Air Max Day and 2015 being the 25th anniversary of the 90s, more models are being exposed. In this case, we have seen shots of the Air Max 90 Red Velvet, but a detailed look as yet to pop up, until now.

Apart of the celebration series from Nike, the Red Velvet Air Max 90 uses exactly that, red velvet on the uppers. Infrared is used on the inside of the tongue and heel while the branding is in black to stand out.

We are still expecting a release date, but we have a feeling they are coming soon since Luisaviaroma had their hands on them. More than likely they will be releasing on March 26th, but this is not confirmed. 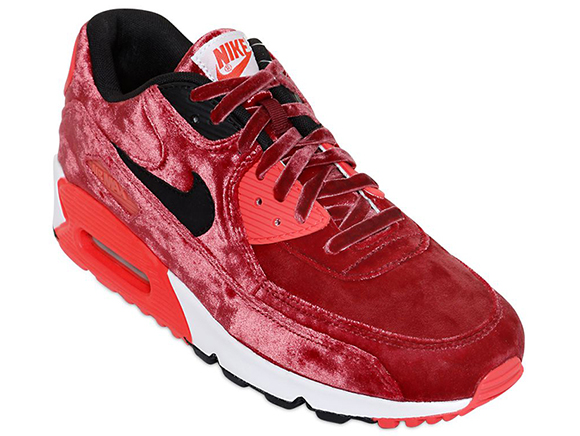 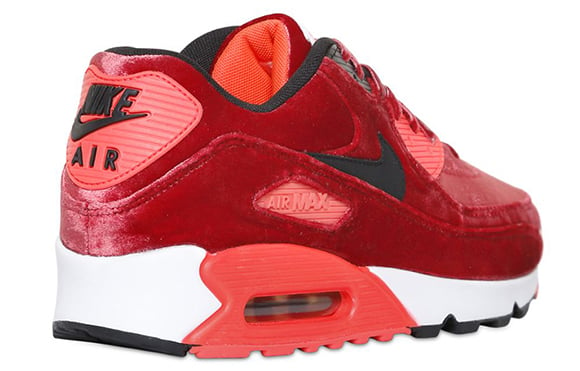