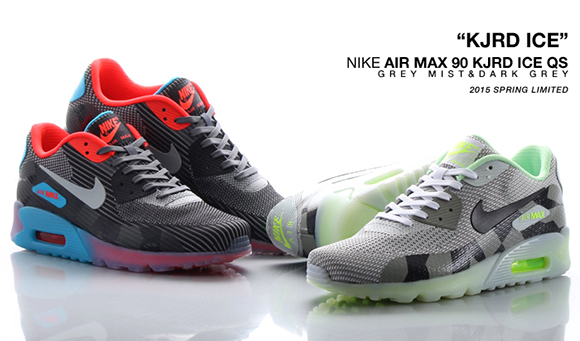 The latest in the Nike Air Max 90 Jacquard series is now being called ‘KJRD’, but for now we have two pairs forming the new ice pack.

Coming with dark grey and wolf grey, each of the Nike Air Max 90 KJRD Ice have their own set of colors to make them stand out. One uses blue lagoon and what looks to be gym red while the other comes complete with lime accents. As well, they wouldn’t be called ice if they both didn’t have a transparent midsole.

Both pairs from the Nike Air Max 90 KJRD ‘Ice’ pack will release at atmos on March 21st 2015. A U.S. release should be coming soon. 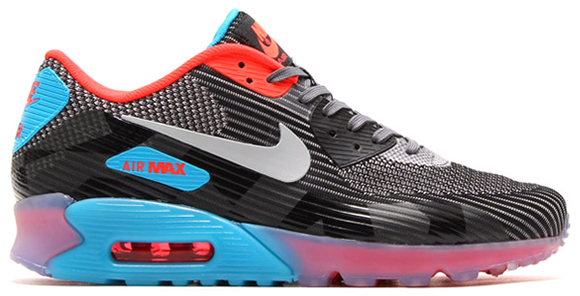 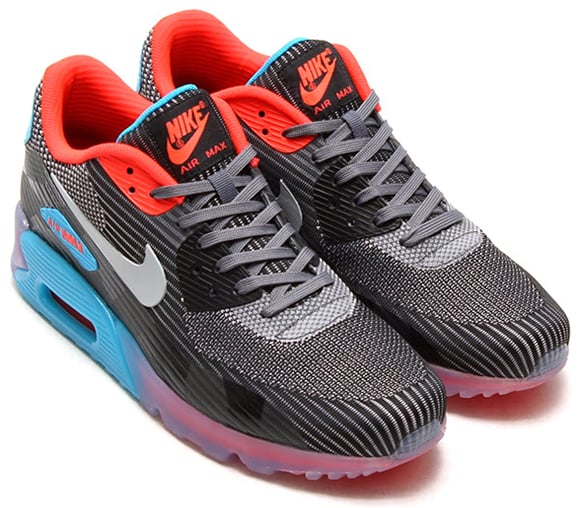 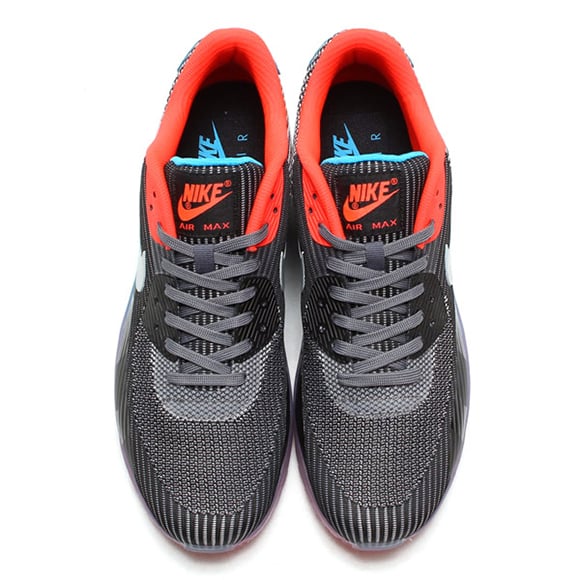 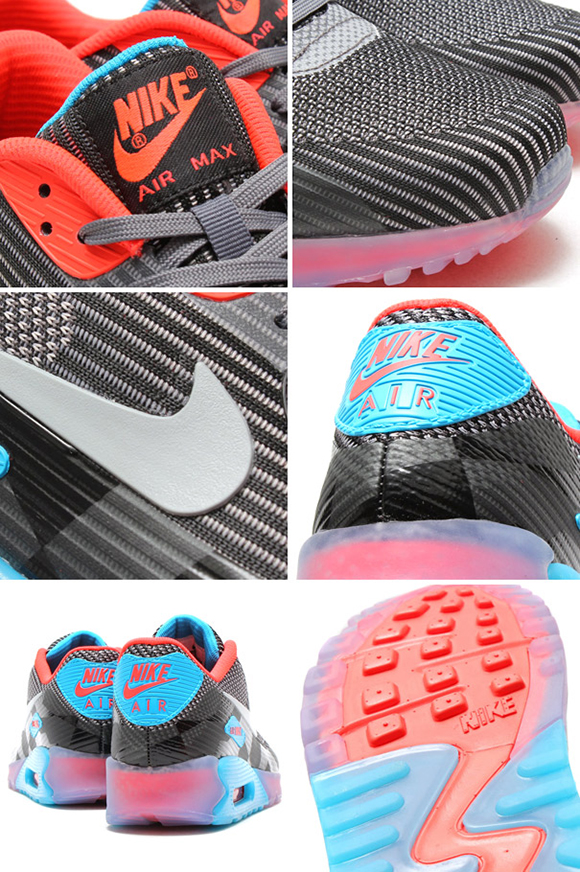 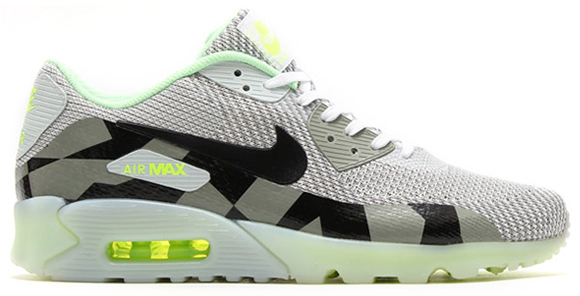 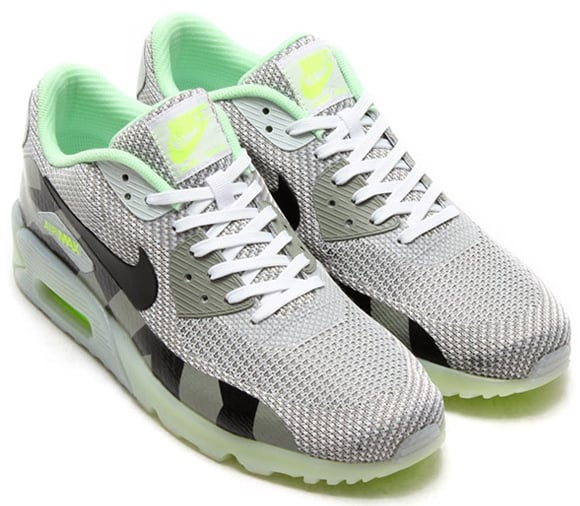 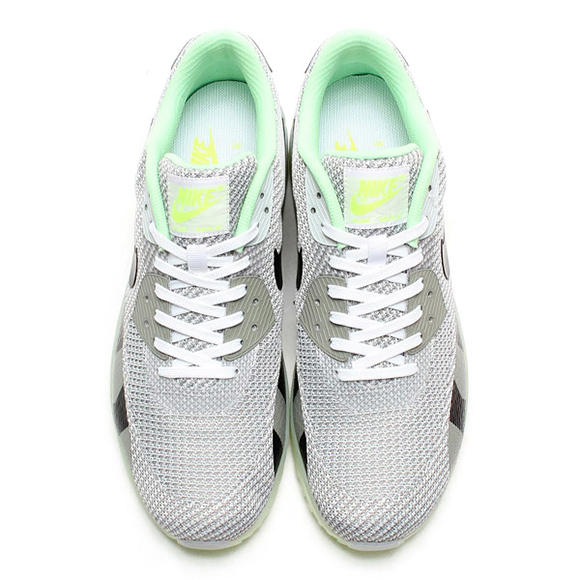 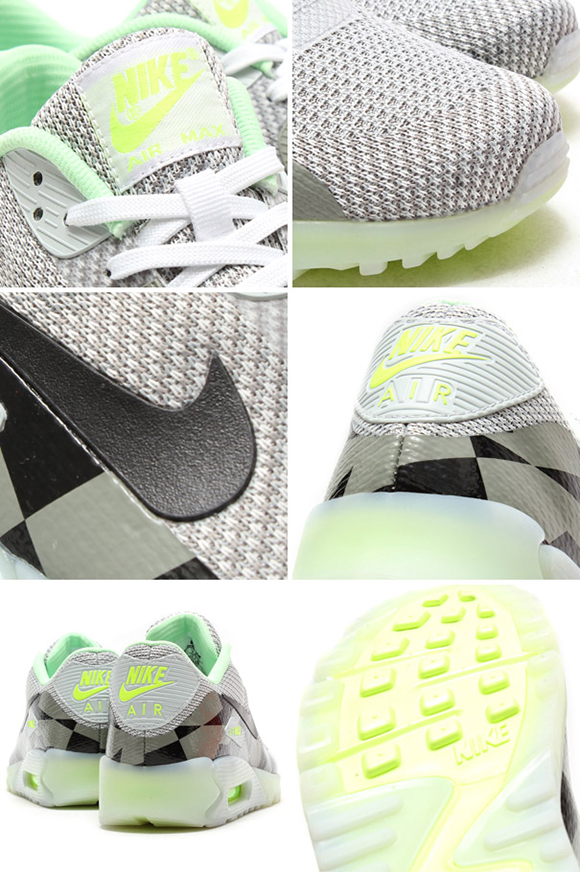