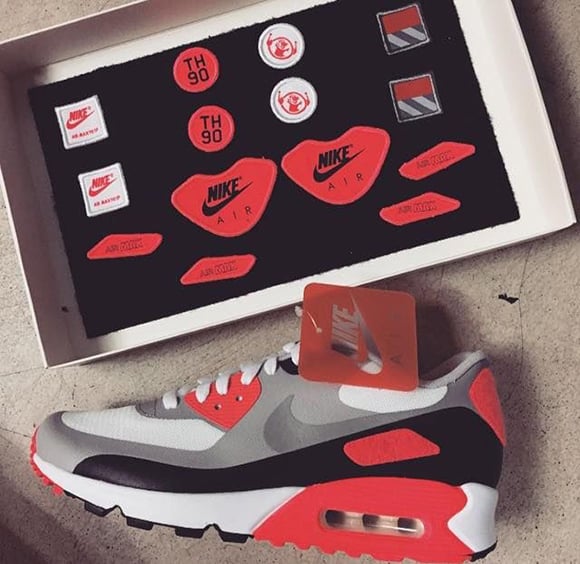 Nike has getting ready to launch the AM90 Sneakerboot known as Patch and a second release (U.S.) for the AM1 Patch. Now an OG pair of the Nike Air Max 90 will be coming which will allow you to customize with different patches, the infrared.

Although the color scheme is on point with the original Infrared, the obvious difference is the velcro which we assume is on the tongue and heel. It appears that they will come with 14 different patches that you can slap on, although this isn’t confirmed (the other two Patch models came with at least 20). The uppers seem to use mainly a one piece construction, which is a big change also compared to the original.

A release date for the Patch Nike Air Max 90 Infrared isn’t known as of yet, but we expect them to drop around Air Max Day which is March 26th.