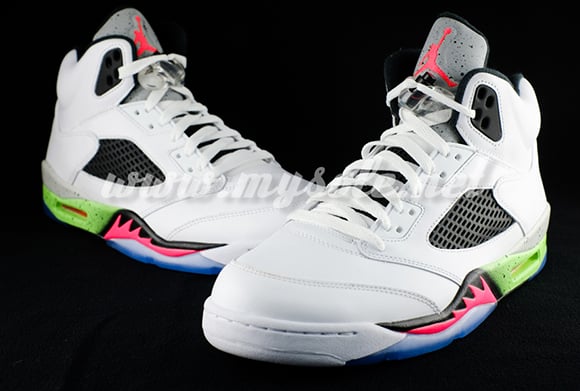 Announcing the partnership of Jordan Brand and Looney Tunes had a lot of people speculating what sneakers would return. So far we know the Hare Air Jordan 7, two pairs of Air Jordan 1 Mids one for Bugs Bunny and the other for Lola Bunny. There is also a Jordan 7 for Lola that is a girls exclusive. Add another model to the list, the Air Jordan 5 that will be for the movie Michael Jordan and the Looney Tunes starred in, “Space Jam”.

The Space Jam Air Jordan 5 colorway is inspired by the movies logo. On the midsole a mixture of light poison green and infrared. If you want to get technical, the logo had some black around the outer rings, so this could be why the netting, eyelets and other small sections feature the color. A clean white leather is slapped on the uppers while the sole comes with translucent blue.

Officially launching to retailers on June 6th 2015, the Jordan V Space Jam will retail at $190 due to them being ‘remastered’. Check out some more angles below and let us know if they are a must cop. 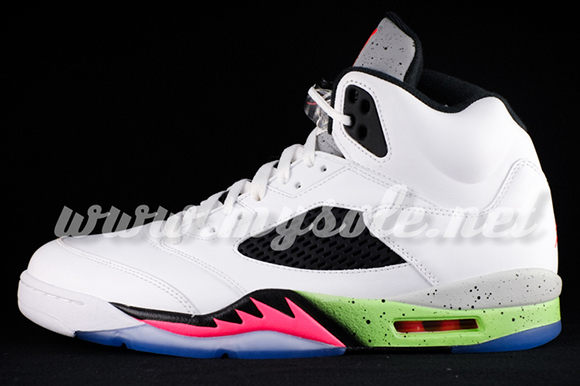 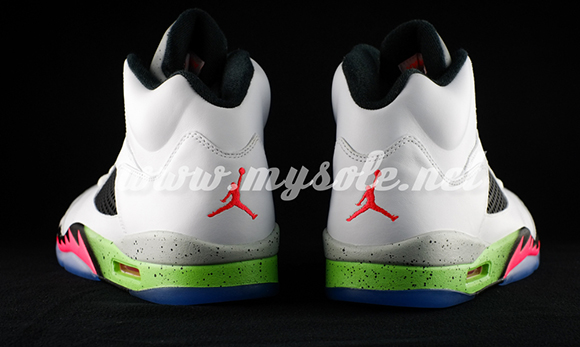 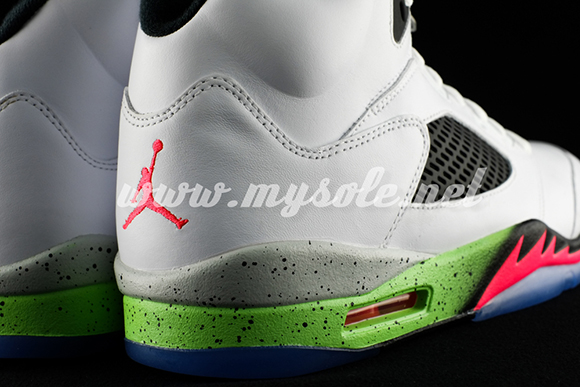 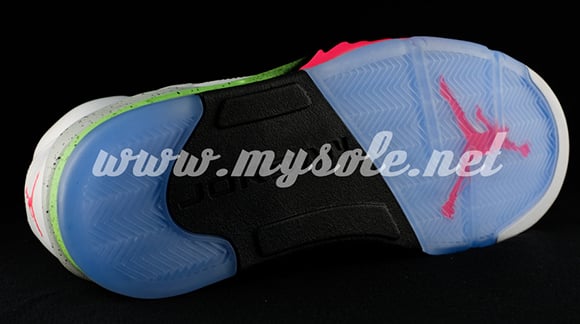