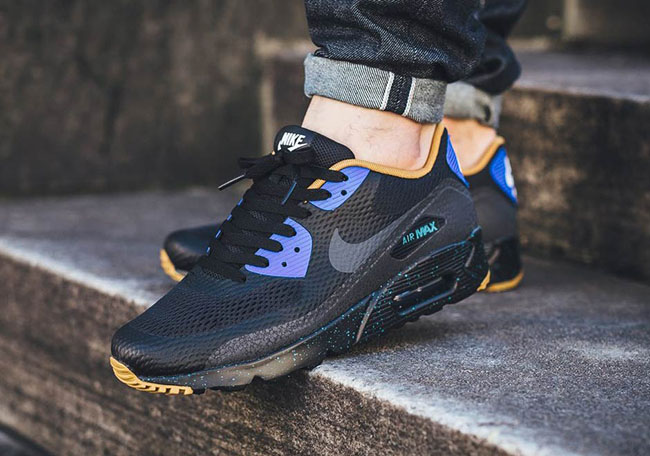 The Nike Air Max 90 is being presented in the Essential form which has shown up at select retailers in a new color scheme. This pair is being called ‘Racer Blue’ which takes on the look of a Boot, well almost.

This pair of the Nike Air Max 90 Essential comes in Black, Racer Blue and Emerald Green. The uppers are dressed in predominate Black while Racer Blue accents land on the heel and eyelets. Following are hints of Green which is speckled across the midsole and fills in the Air Max branding by the heel. A pale shade of Yellow winds up on the liner while hints of Gum are shown on the outsole.

At the time of writing, the Nike Air Max 90 Essential ‘Racer Blue’ has started to release at Nike Sportswear retailers overseas. One of the front runners that has now official launched this pair is Titolo. Retail price is set at CHF 179.90 which is about $181 USD. Only a handful of sizes are available so don’t wait on this release. As well, you can check out more images which showcases them on feet. 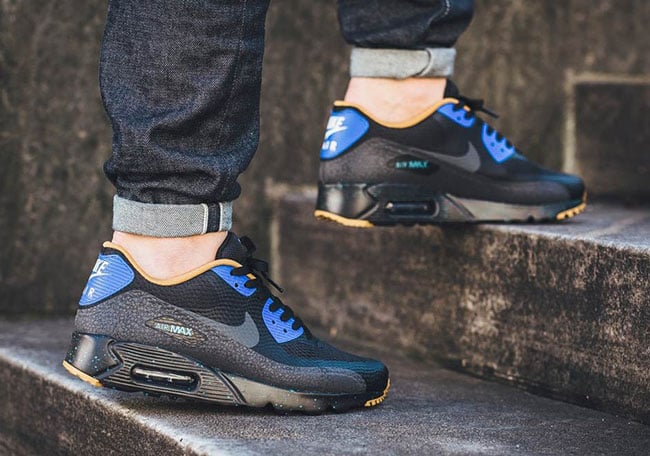 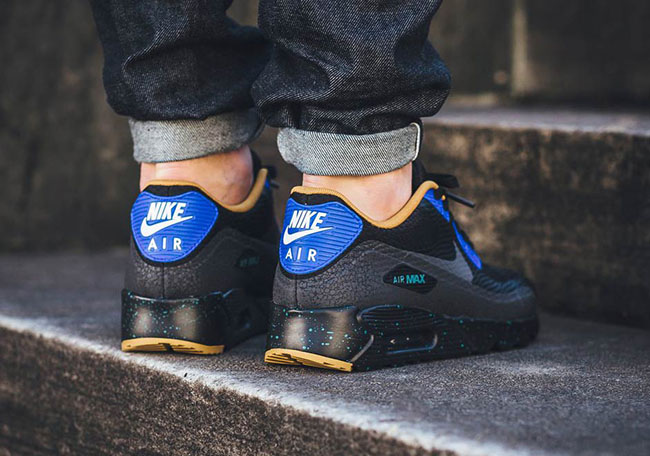