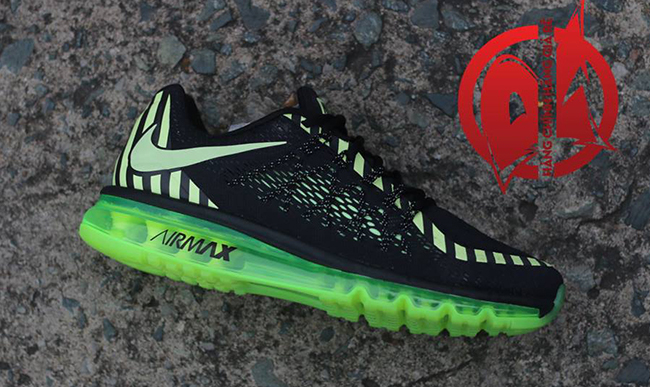 There hasn’t been a lack of the Air Max 2015 since it’s initial launching. It seems that a month doesn’t go by without at least one pair releasing. Now it looks that Nike is changing things up a bit with a new design through the uppers.

Known as the ‘Stripe’ due to through the heel and toe box the use of black and volt stripes. In addition, the uppers are mainly dressed in black while the air unit and swoosh are also dipped in volt. Clean and straightforward, which is the basis of the Air Max 2015.

As of now there isn’t a release date for the Nike Air Max 2015 Black Volt Stripe but they are starting to show up at retailers overseas. Check back for more info and see the other image we have below. 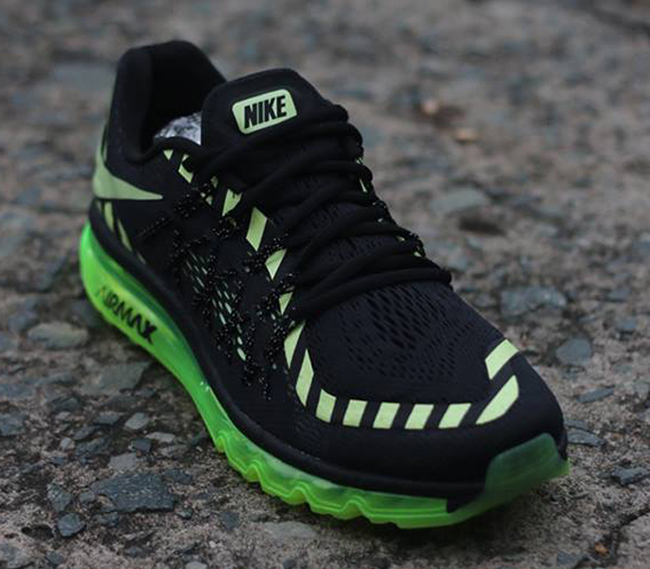