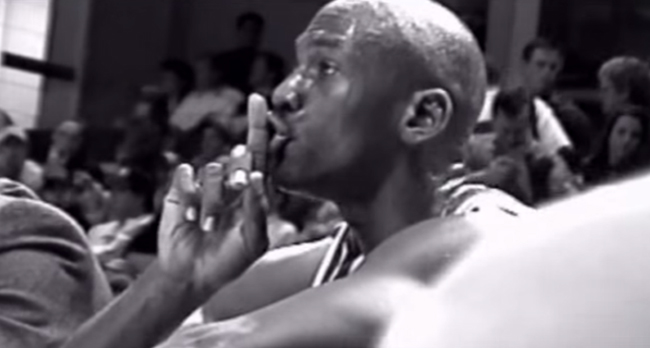 Not only was Michael Jordan the best in the NBA during his time, and the greatest of all time but he was one of the top trash talkers. In a video that recently surfaced, a man sitting sidelined decided to test MJ about his sneakers, which he was wearing the Air Jordan 11 Concord.

Around the second half of the game, the heckler yelled at Jordan to “Go back to the old ones, You were better.” You can hear this at the 8:56 mark. Now it would seem like Michael didn’t hear him, or if he did he was ignoring the man. Shortly after he responds by making a shot, then pointing at the heckler and talks trash. It isn’t known what was said, but you can tell he wasn’t happy. When Jordan went to the bench, he points at the man and hits him with a “shhh”.

Check out the video below and let us know what you thought of it.