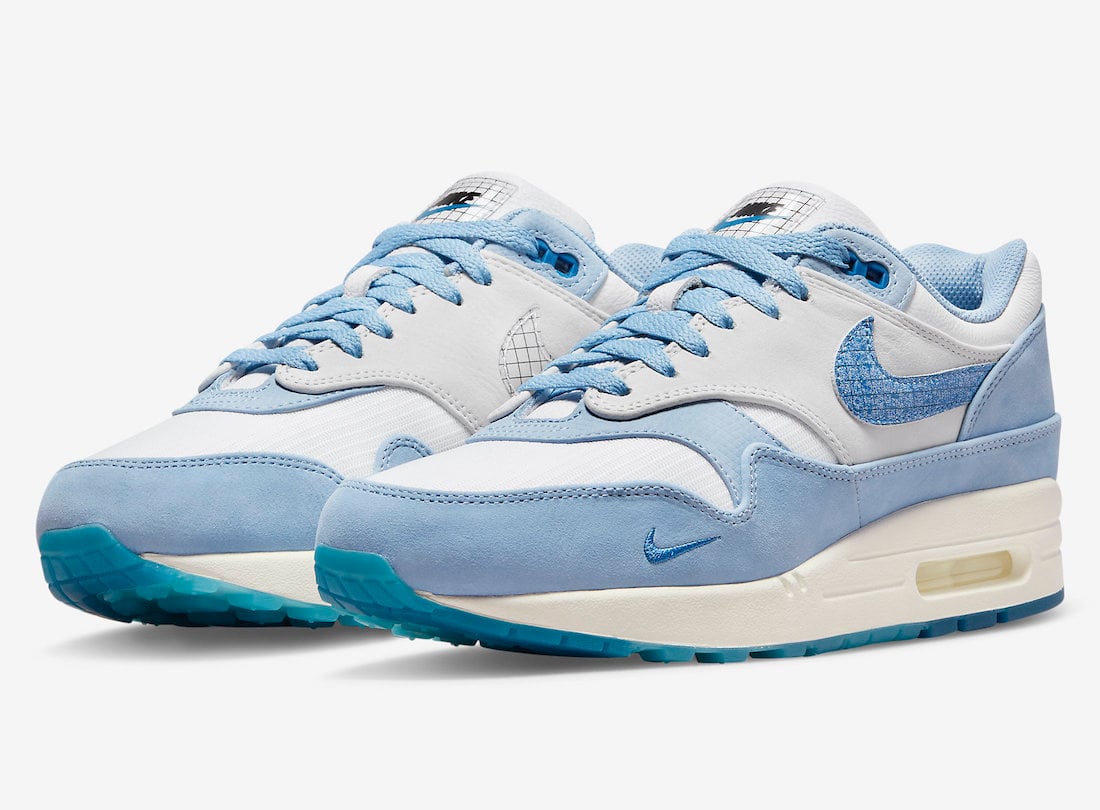 Air Max Day 2022 will be packed with releases that will lead up to the day, which is March 26th. The main model to release is the Air Max 1, which celebrates its 35th Anniversary.

So far, we have showcased the ‘City of Lights’ and ‘Wabi-Sabi’ pairs, and now we have a first look at the ‘Dark Marina Blue.’ Although not confirmed, it looks like Nike is releasing a special ‘City Series’ for Air Max Day.

This Nike Air Max 1 comes dressed in a White, Dark Marina Blue, and Dutch Blue color combination. The pair that has ocean vibes features White leather and mesh on the base, while a grid pattern appears on the Swoosh and tongue. Next, we have a mini Swoosh on the forefoot, ‘3.26’ just above the lace tips, and Nike Air branding and a globe on the heel. Lastly, a translucent Blue rubber outsole completes the look.

You can expect the Nike Air Max 1 ‘Blueprint’ to release at select retailers and Nike.com exclusively in North America on March 26th. The retail price is $150. As soon as we have more information, we will make sure to update you. For now, scroll below for more photos that will give you a closer look.

Update (3/15): Check out official photos of the ‘Blueprint’ Air Max 1 that will release on Air Max Day, March 26th, exclusively in North America. 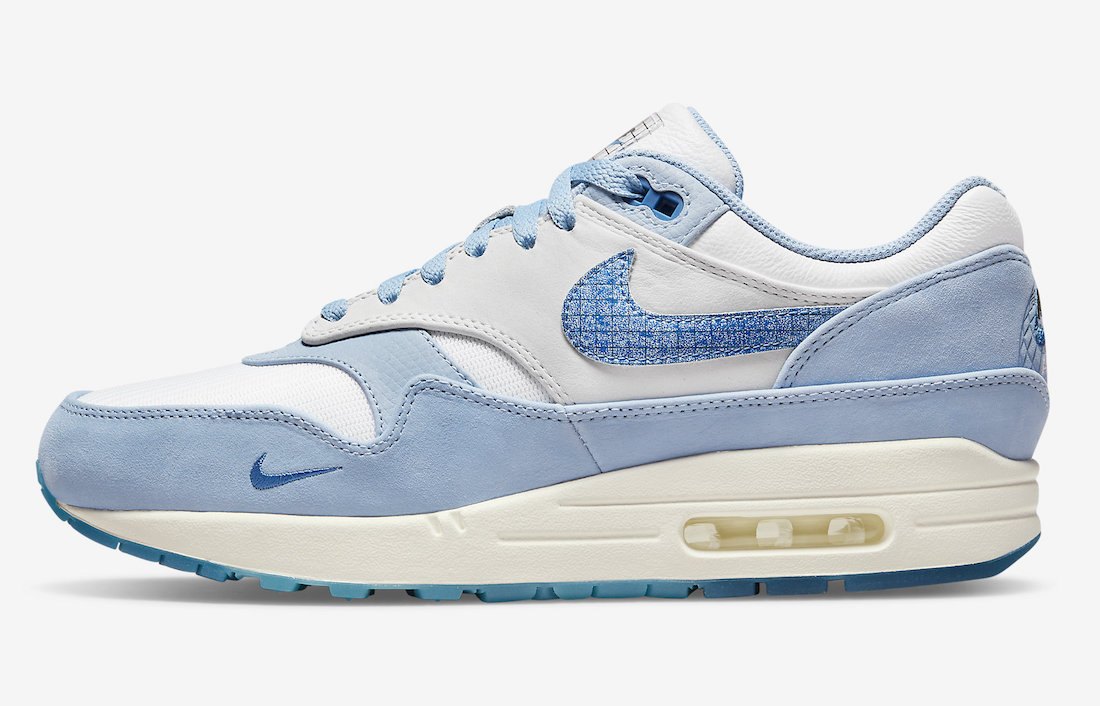 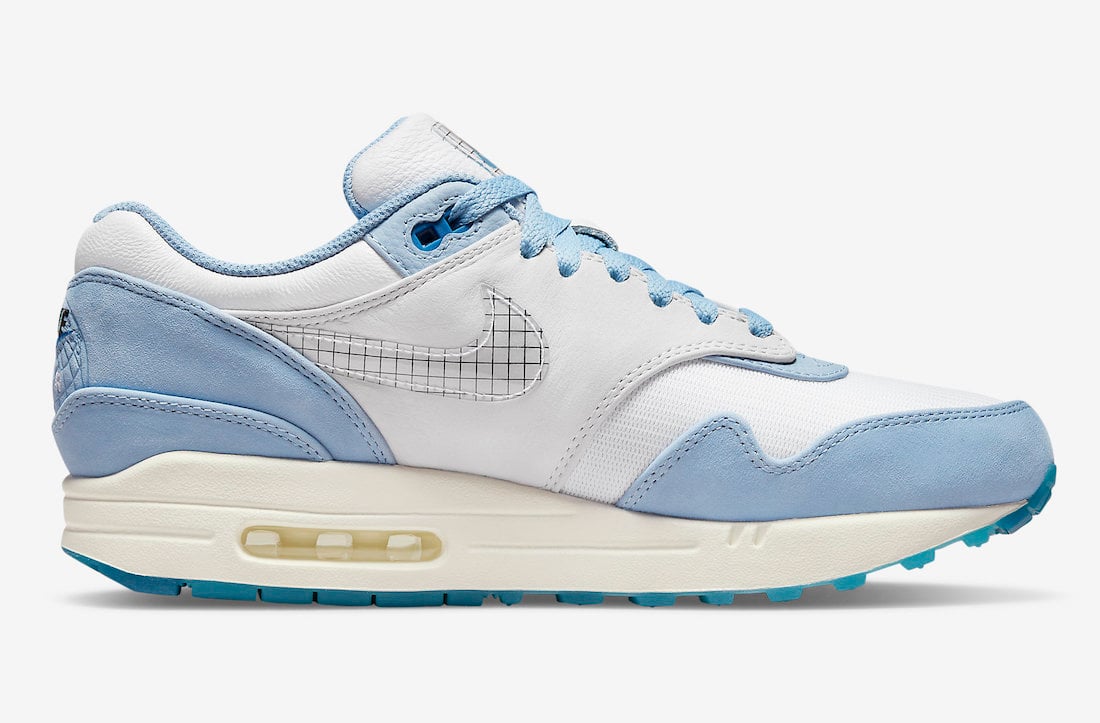 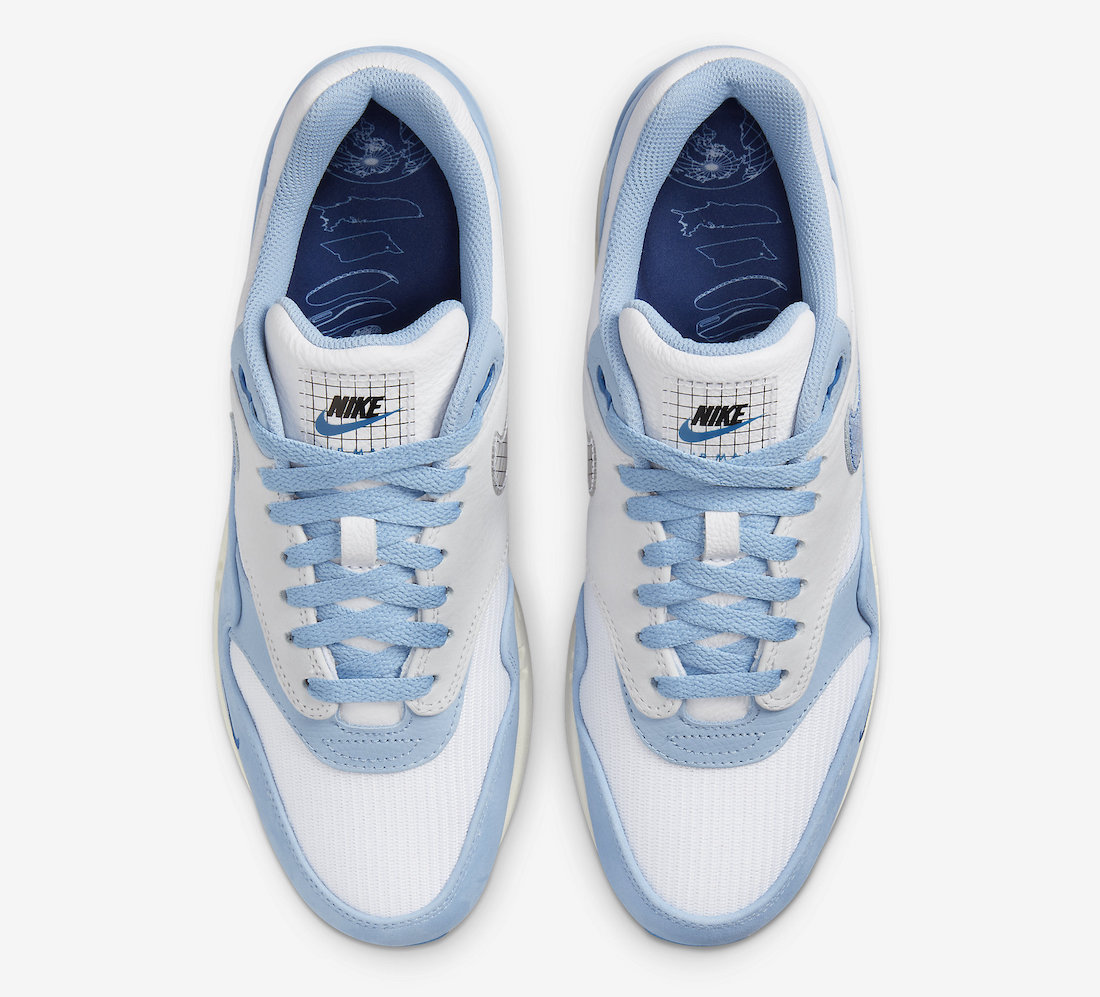 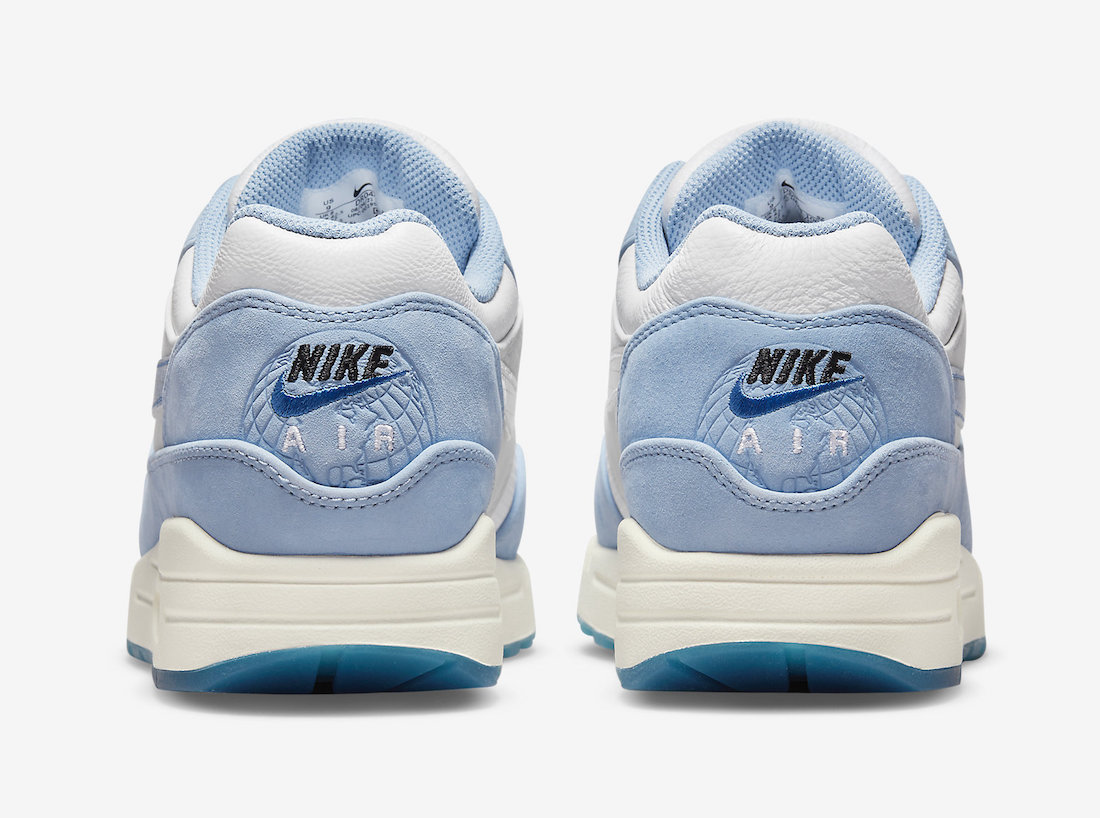 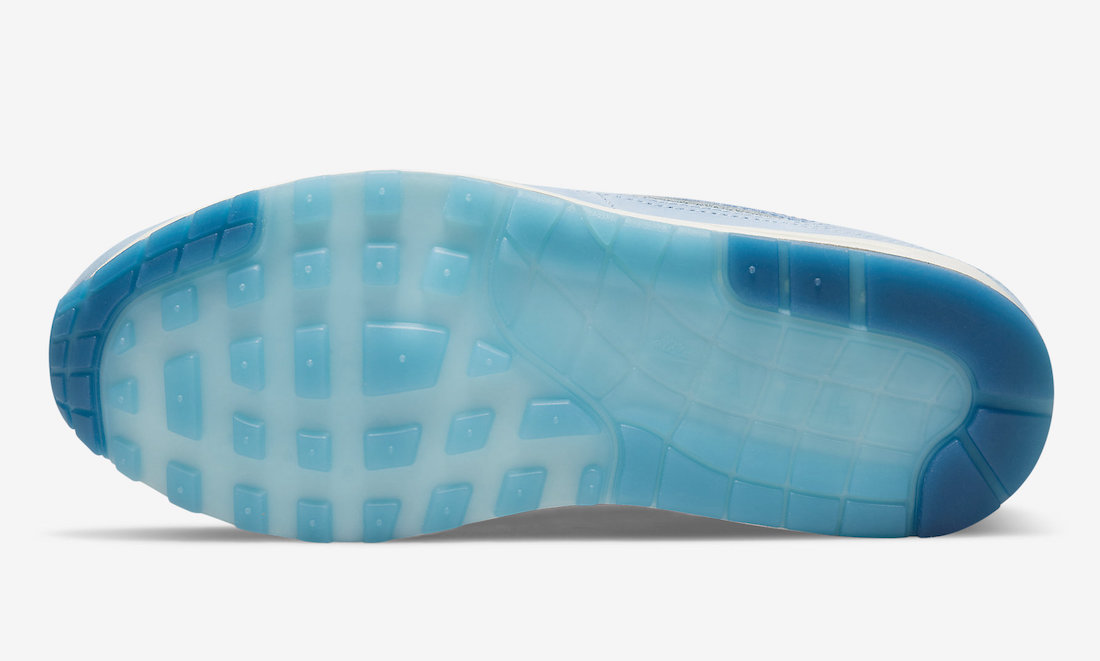 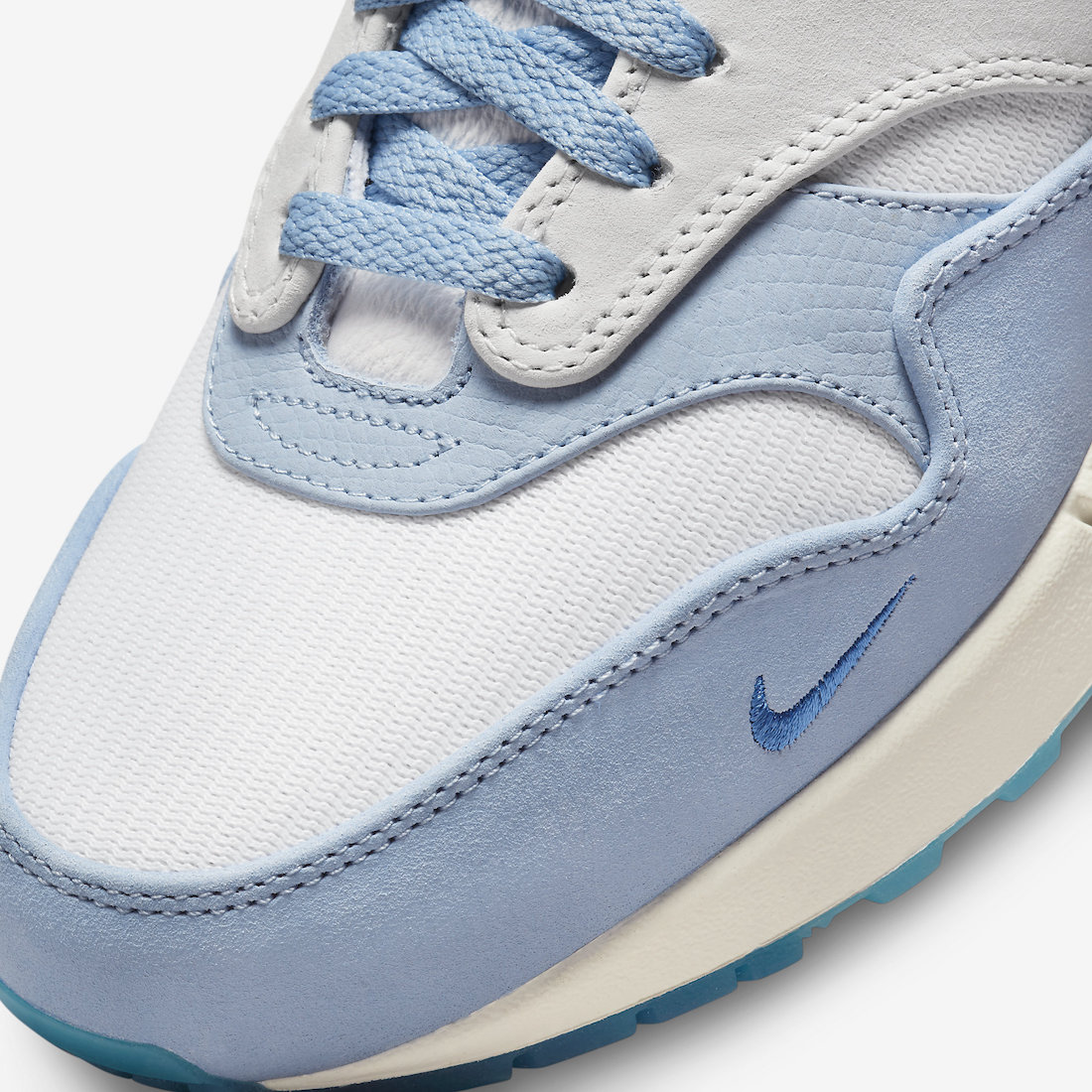 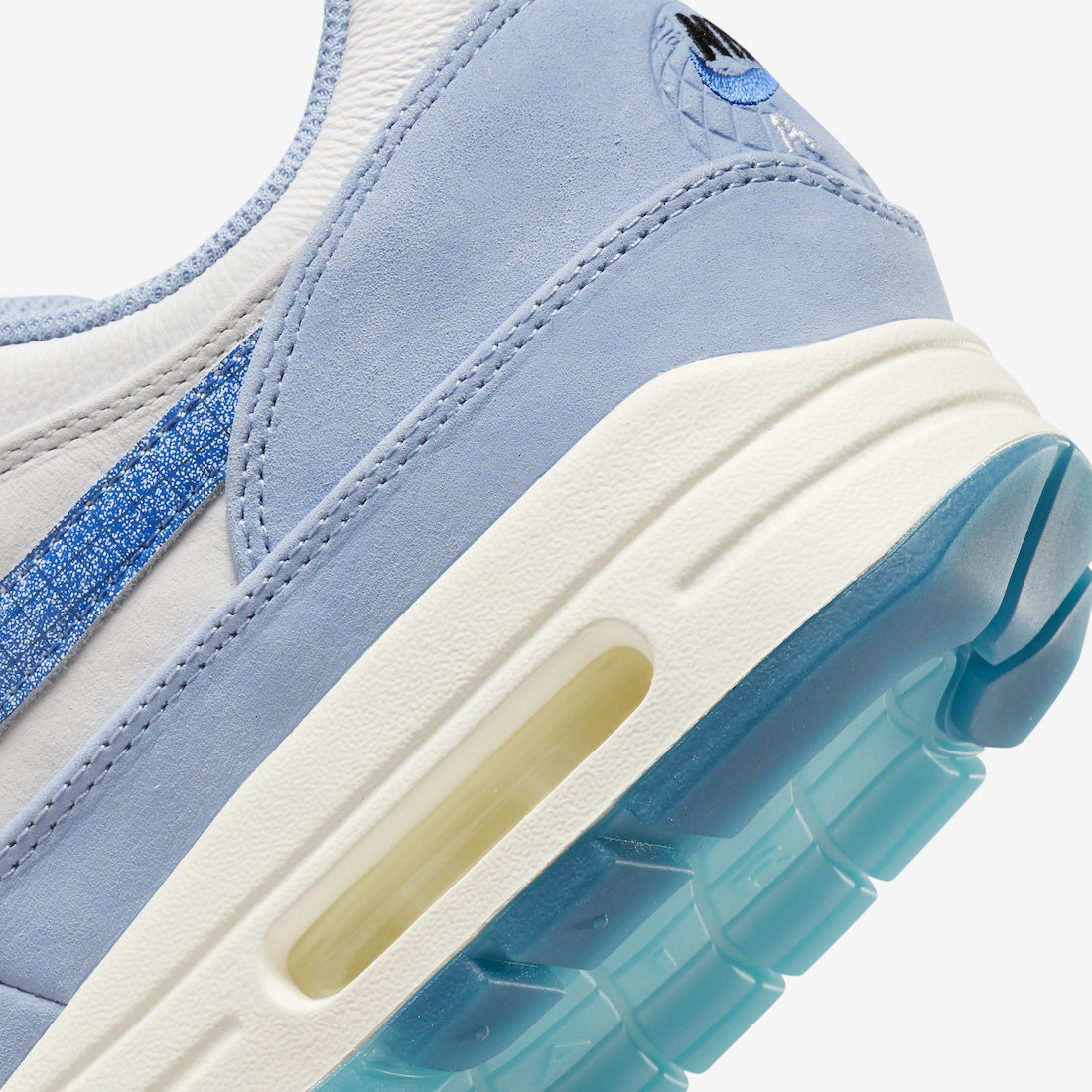 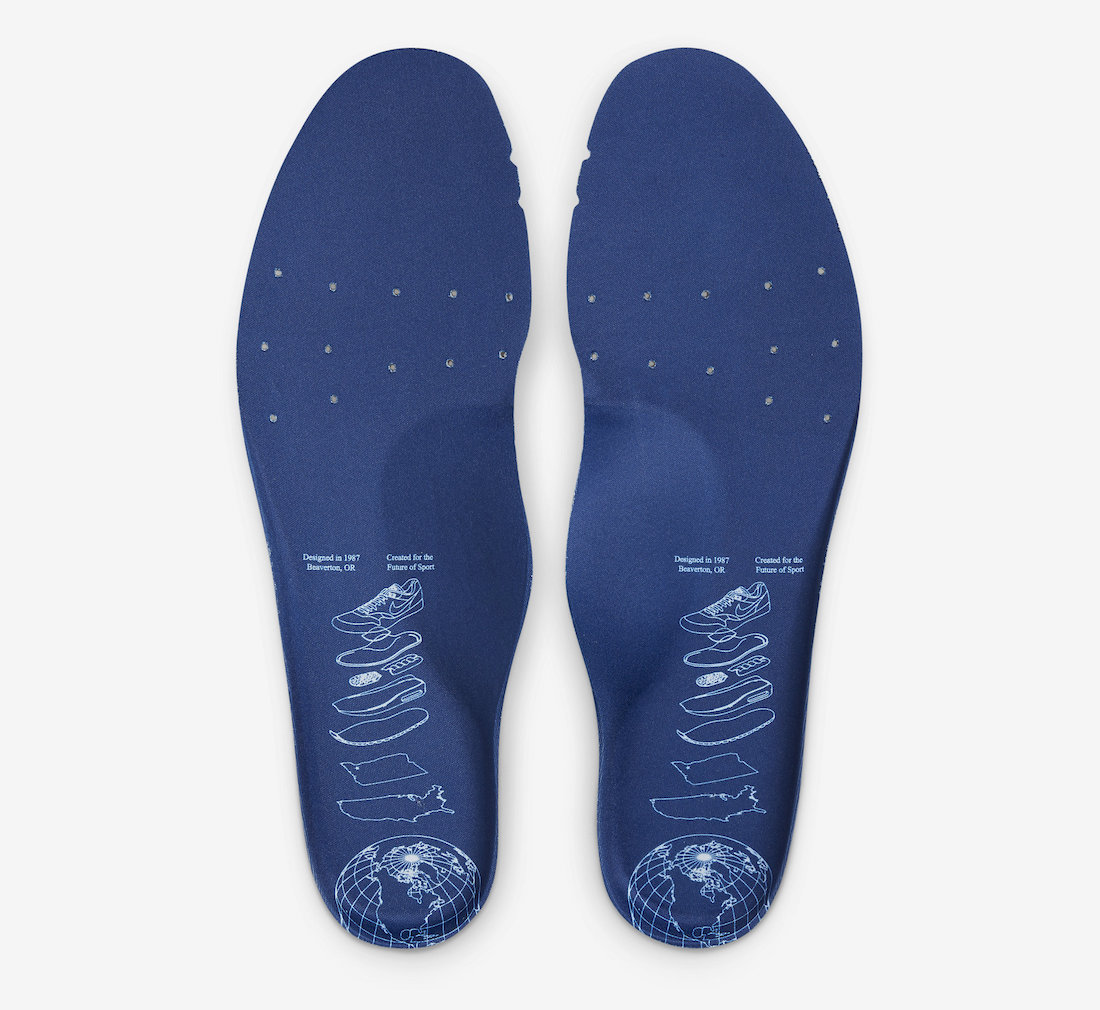 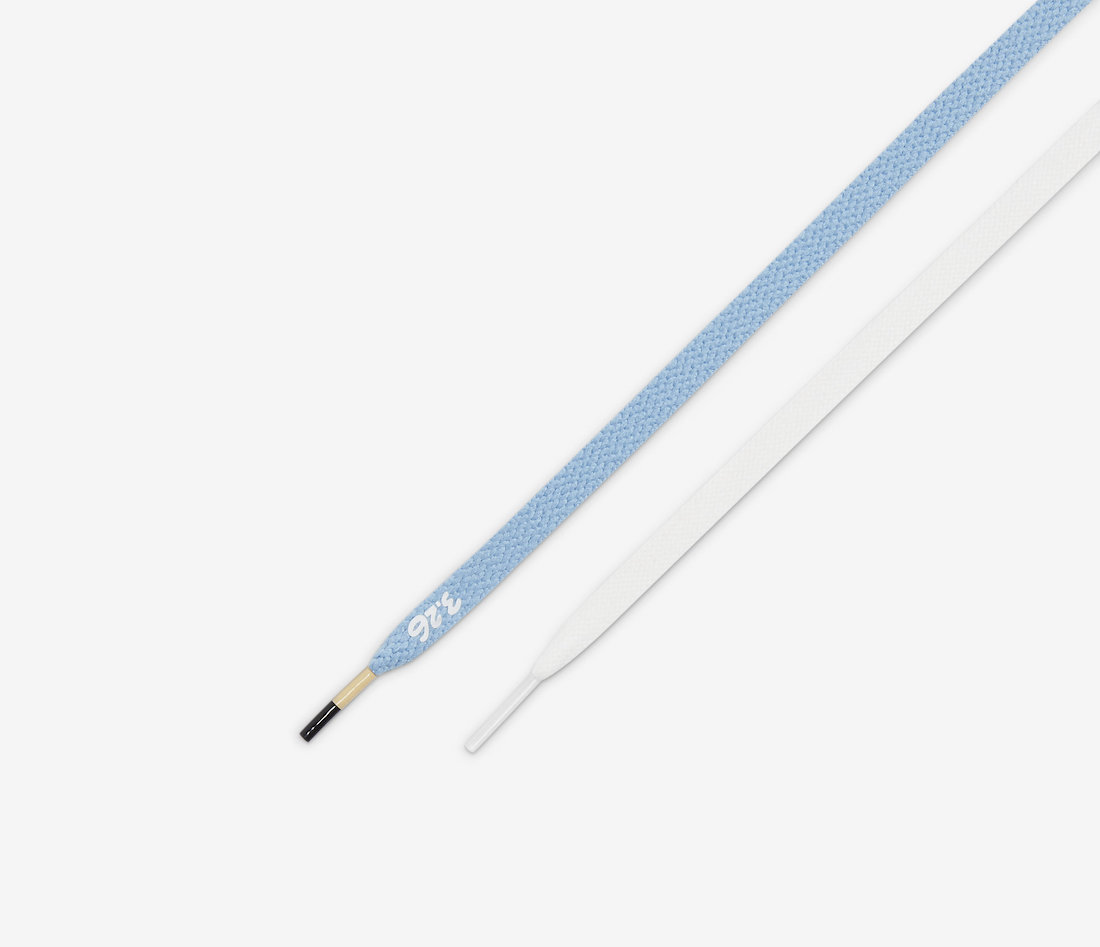 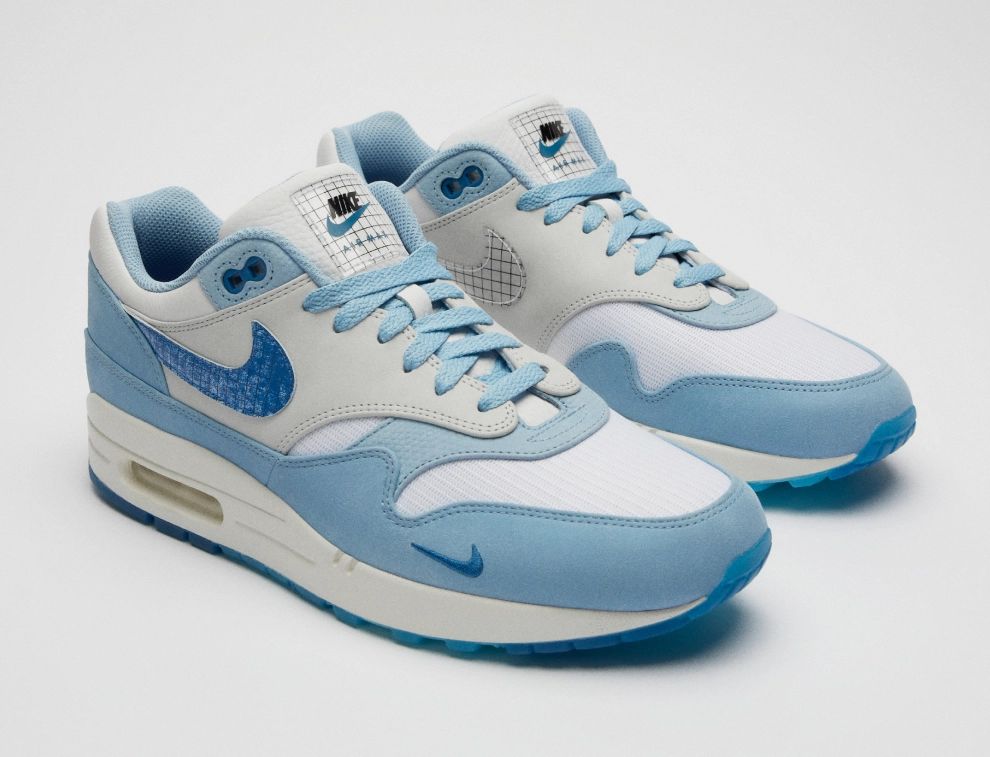 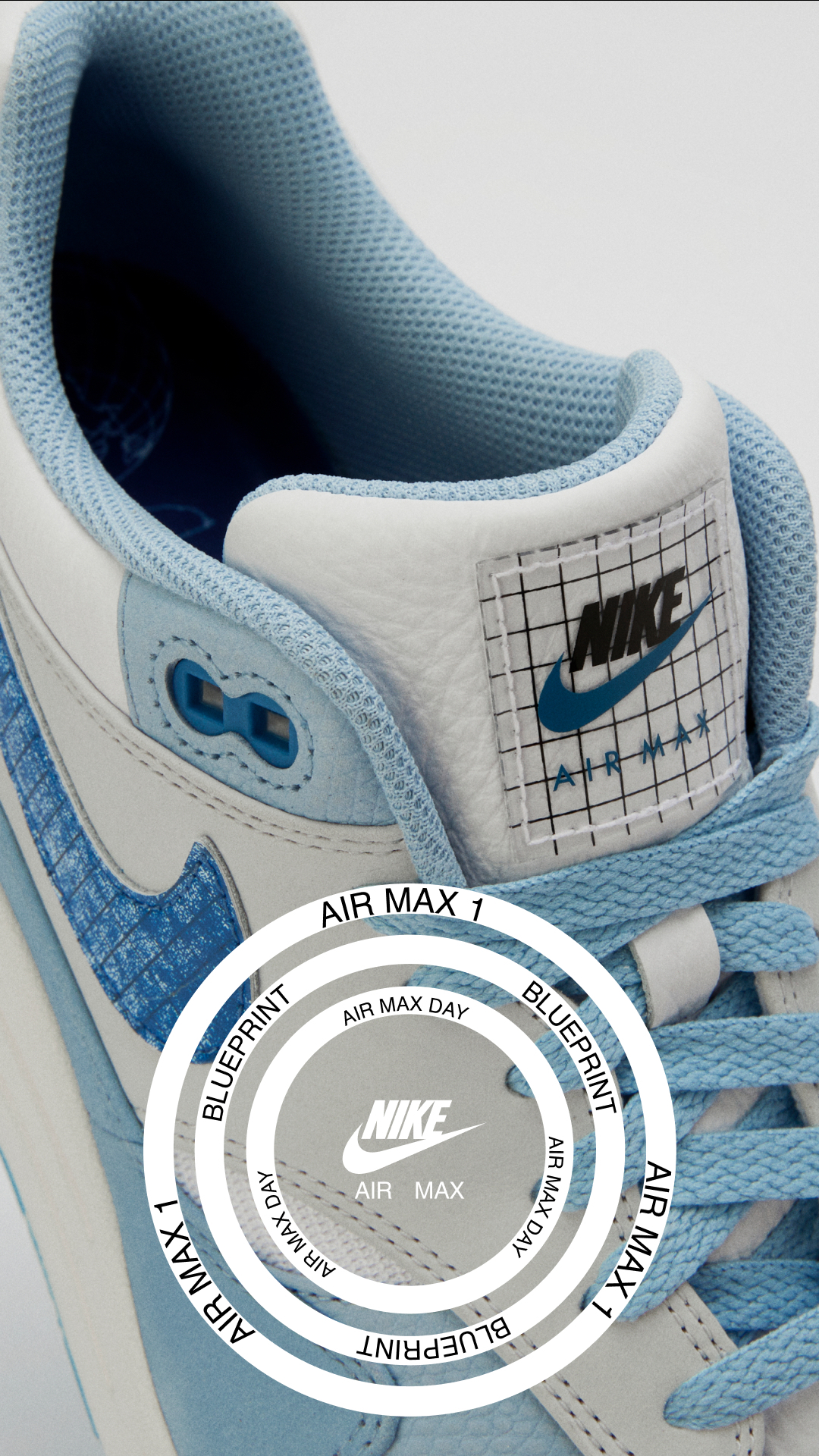 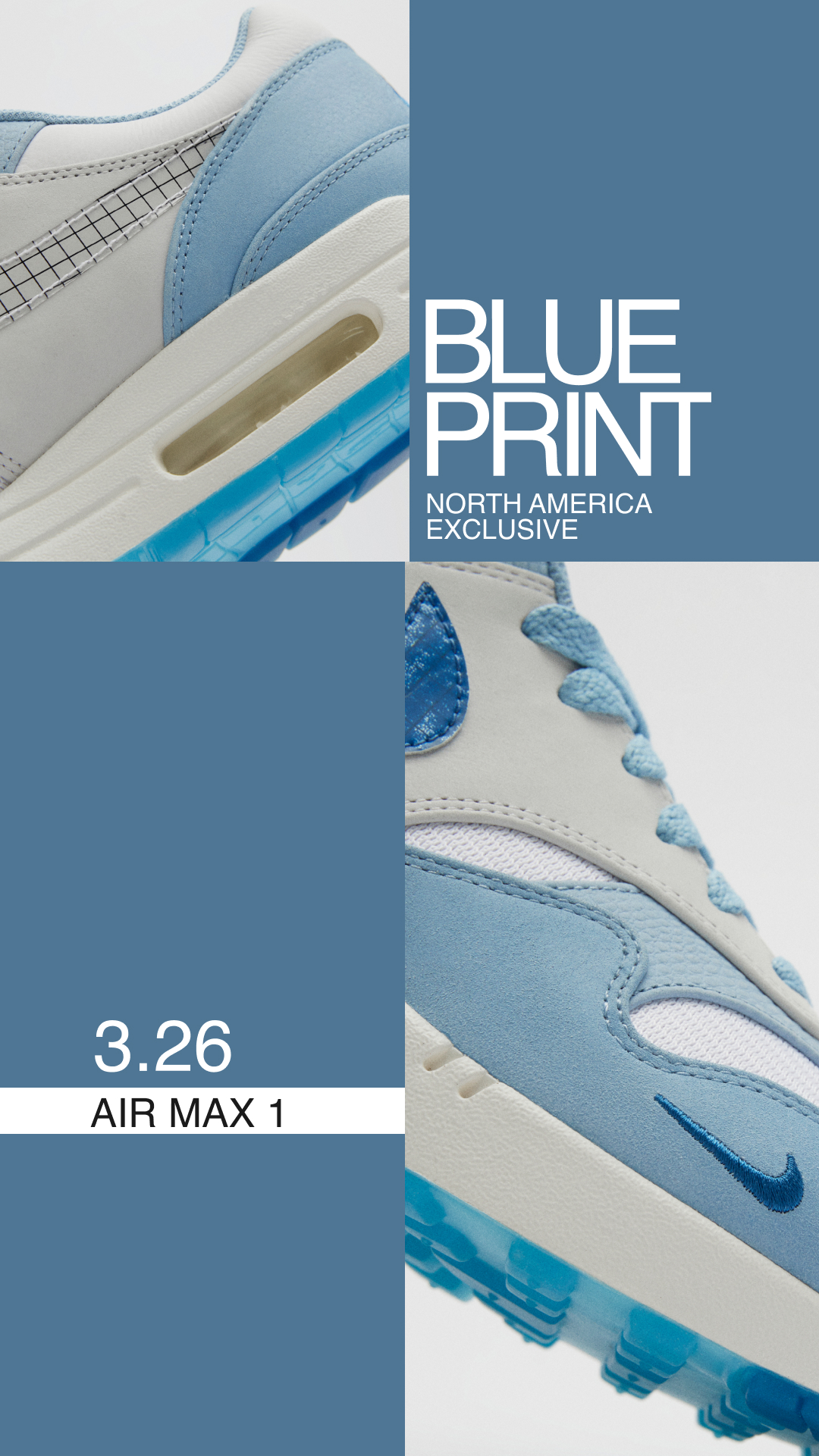 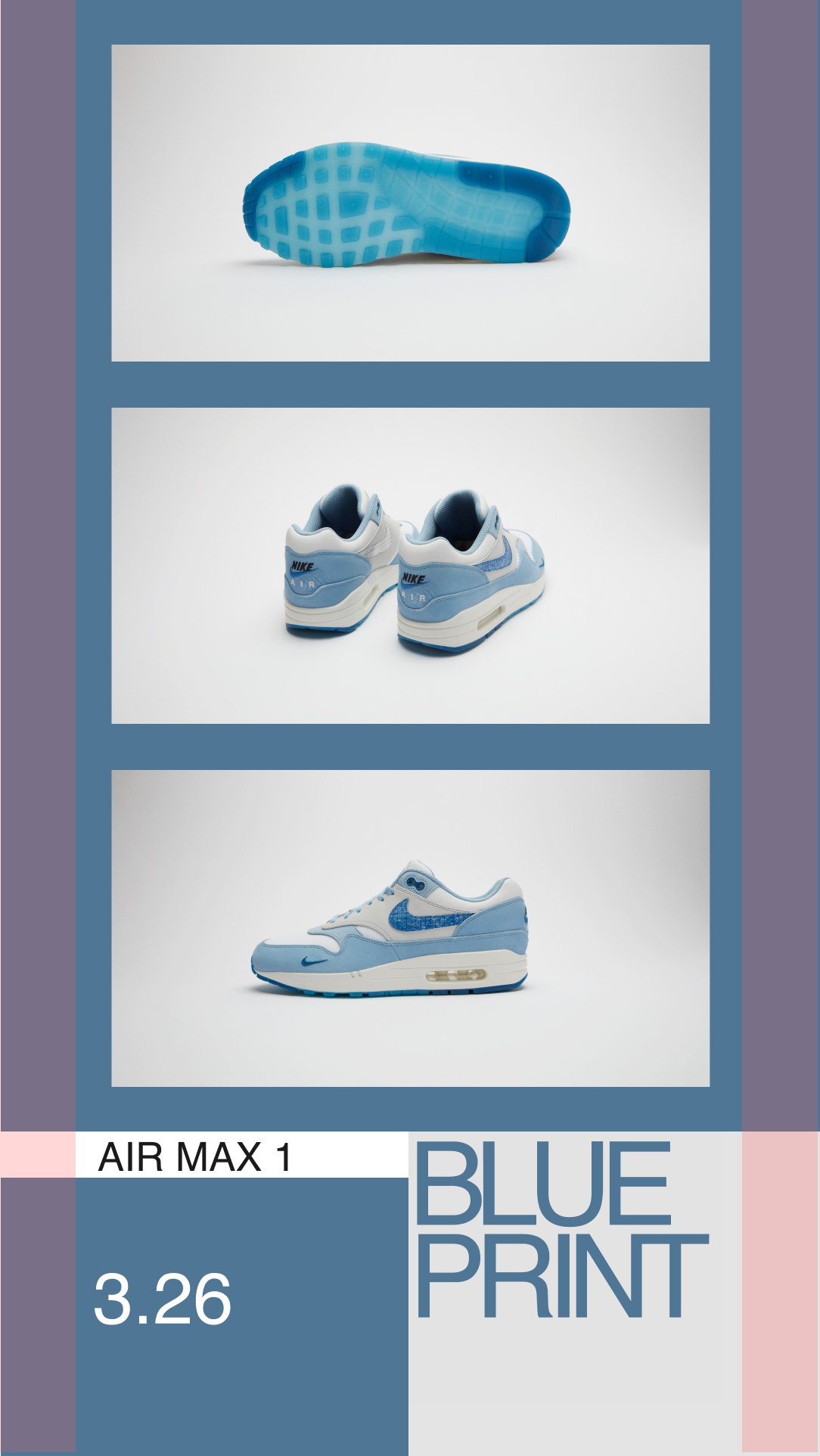 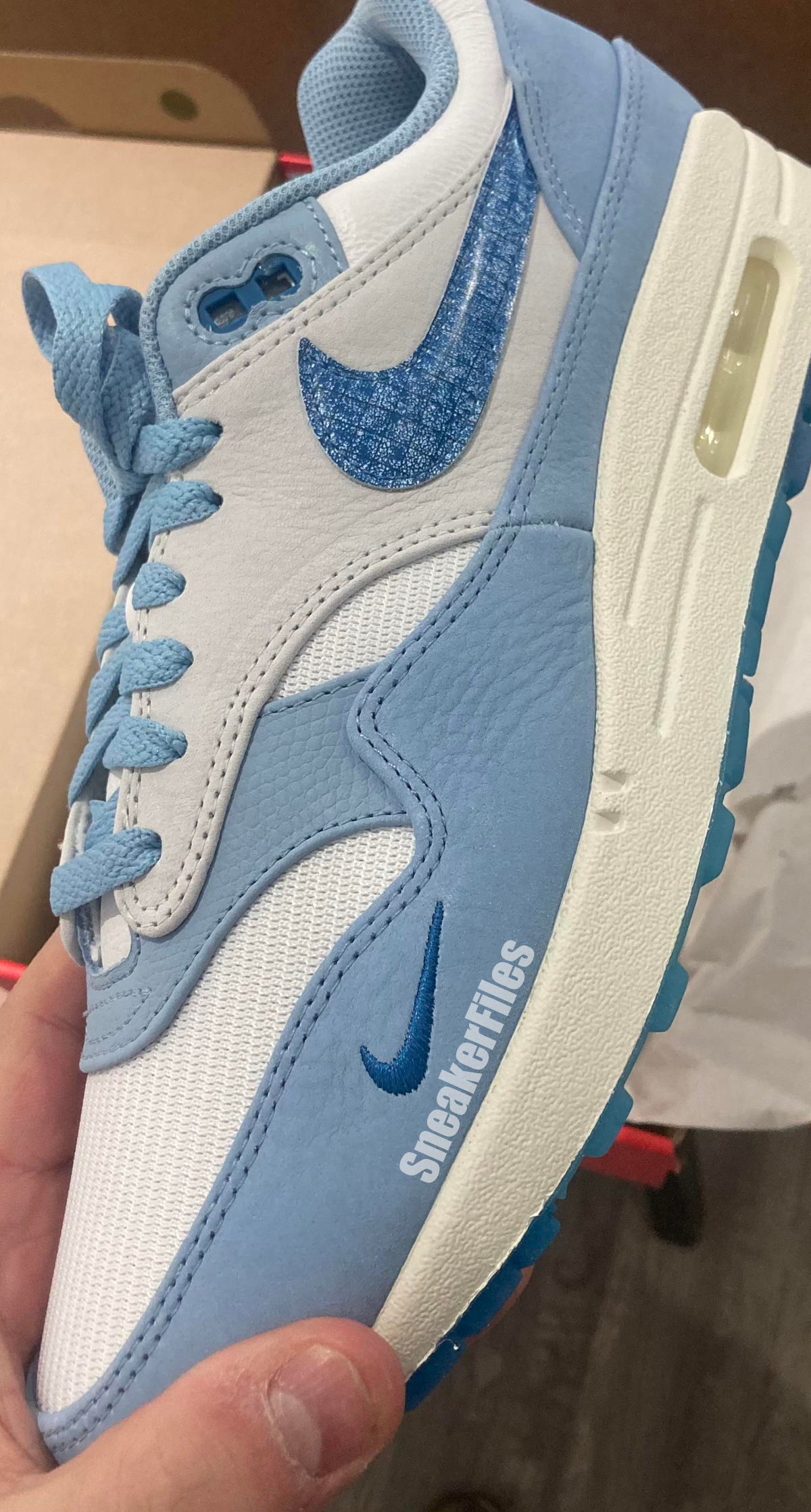 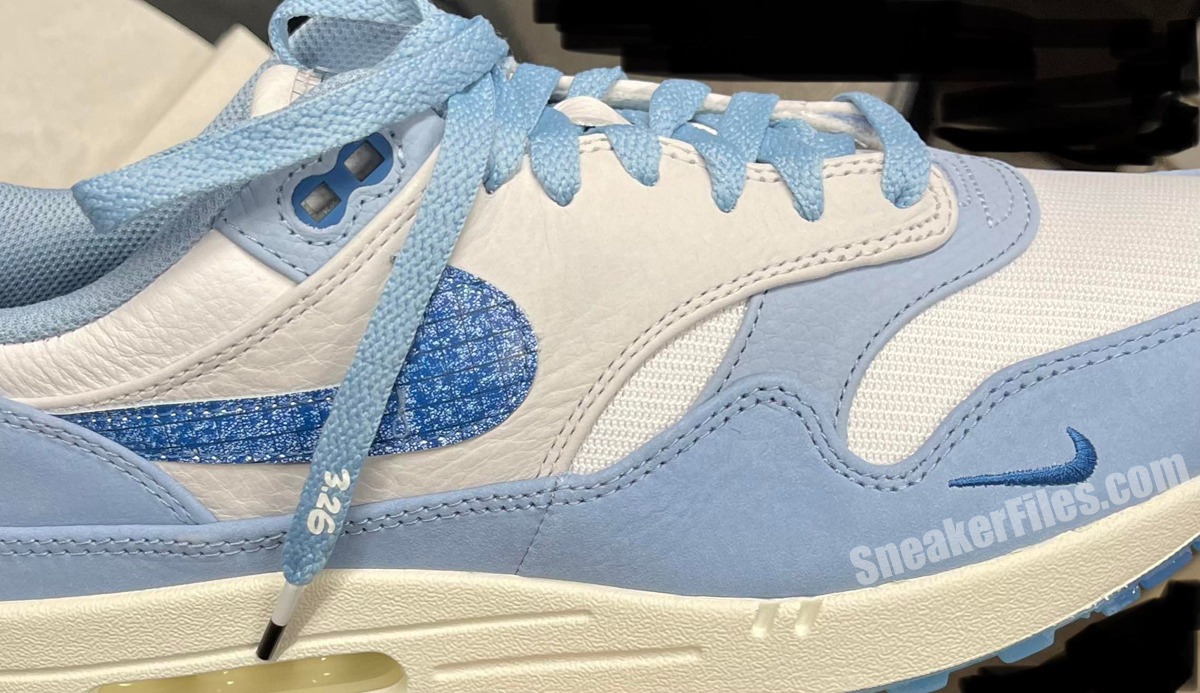 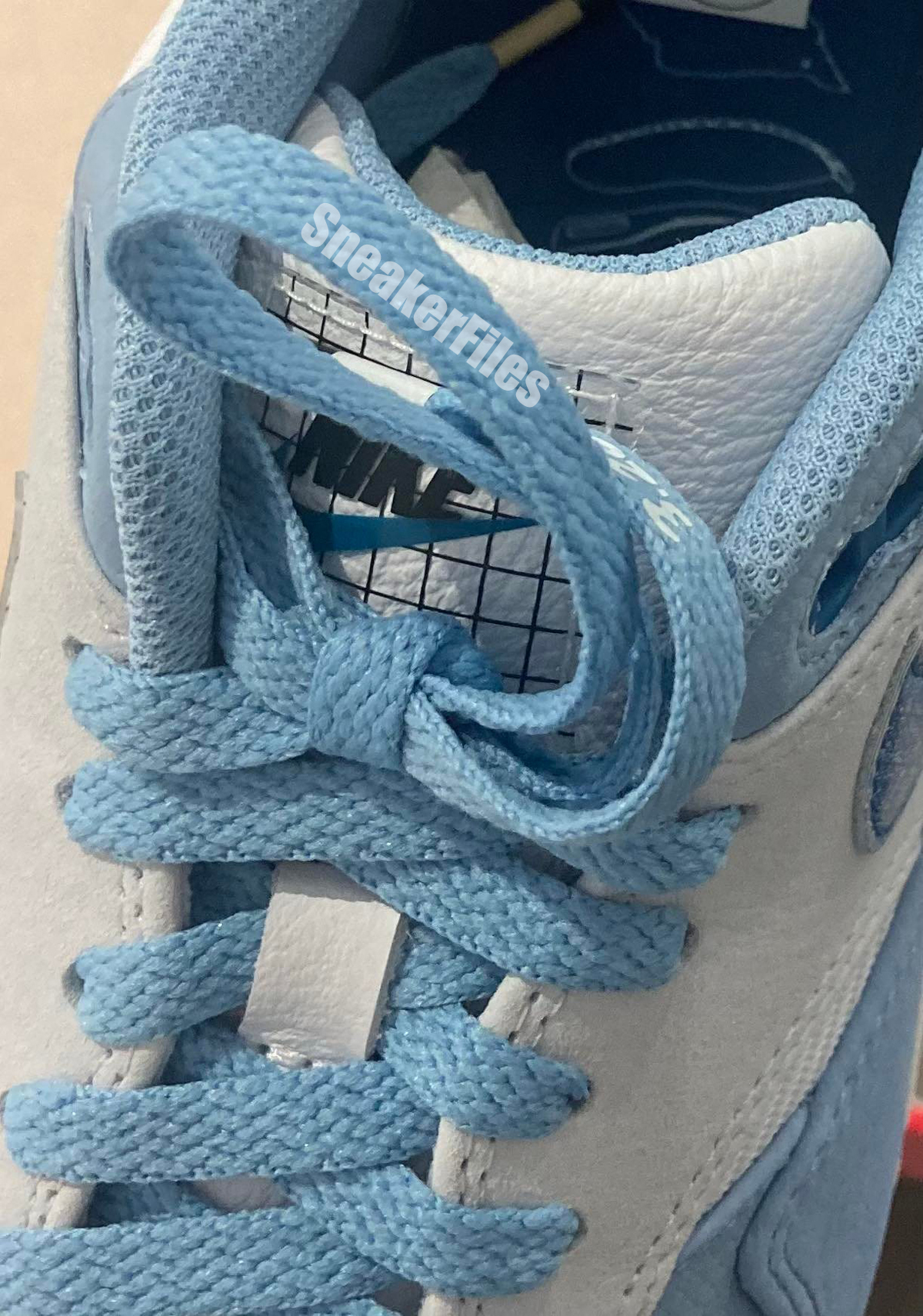