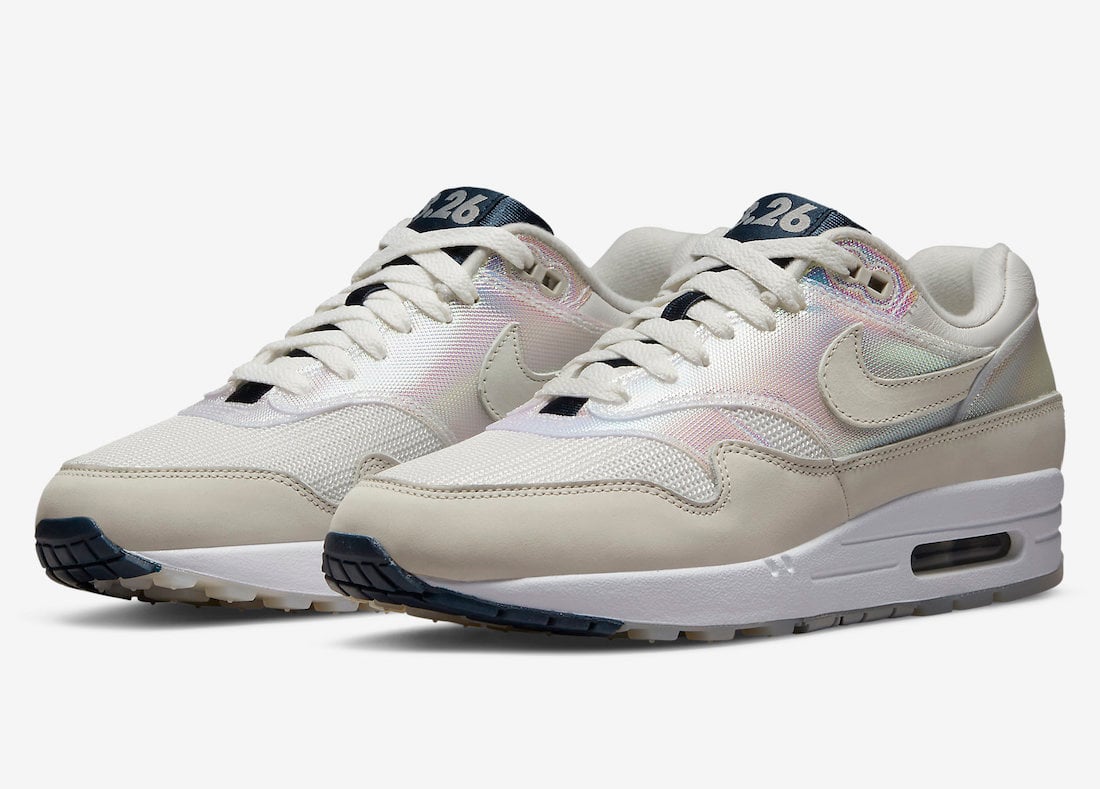 Nike Sportswear will have another strong lineup of releases to celebrate Air Max Day 2022. Launching for the 35th Anniversary, we will see a special Air Max 1 debut.

This Nike Air Max 1 comes dressed in a White, Neutral Grey, Metallic Silver, and Black color combination. Highlighted with White mesh on the base while iridescent appears on the overlays. Next, Grey nubuck lands on the Swoosh logos and mudguard. Connecting to Pairs, known as the city of light, we have ‘La Ville-Lumière,’ ‘Spring 2022,’ and March 26th, which is the day that the Air Max 1 launched in 1987 on the insoles, translucent outsole, box, and tissue paper. Other details include ‘3.26’ on the tongue, small Air Max charms, and Navy Blue on the tongues.

Below, you can check out more photos of the Nike Air Max 1 ‘La Ville Lumière’ that will give you a closer look. A release will take place at select retailers and Nike.com on March 26th, exclusively in Europe. The retail price is $150. 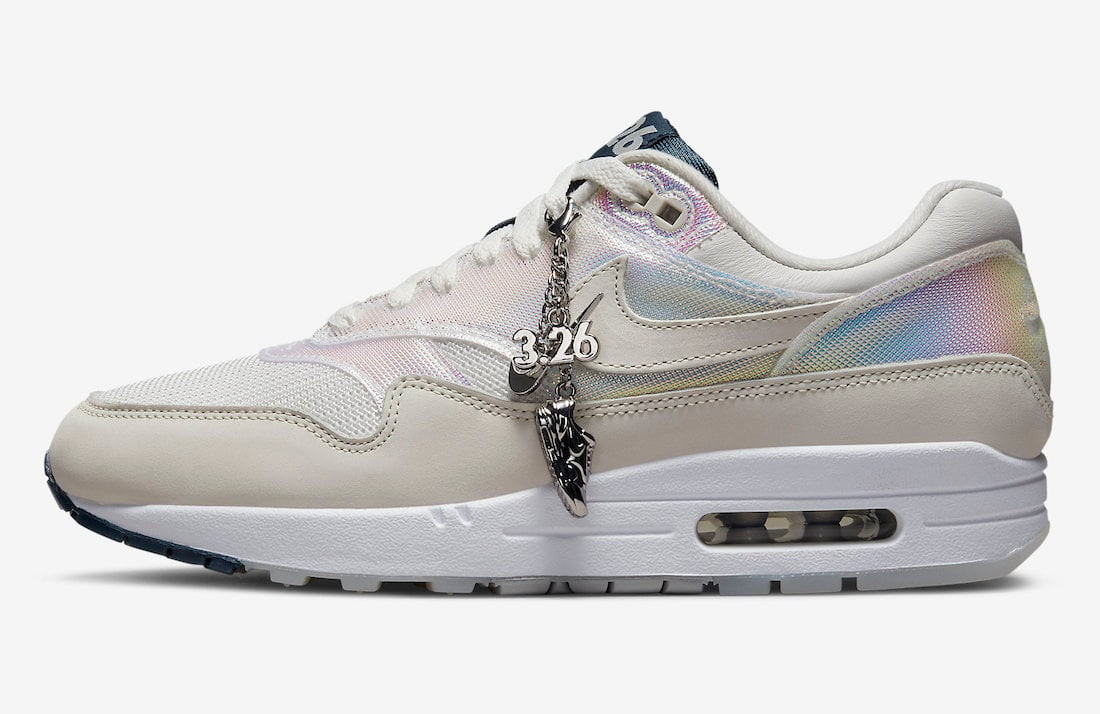 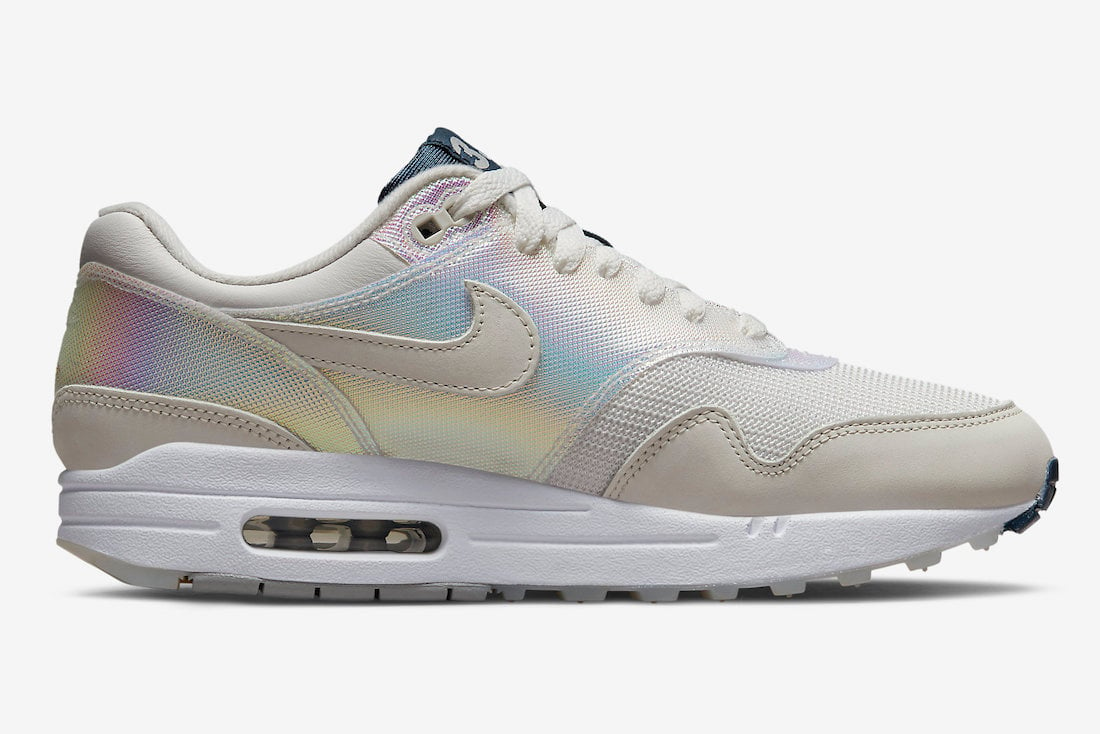 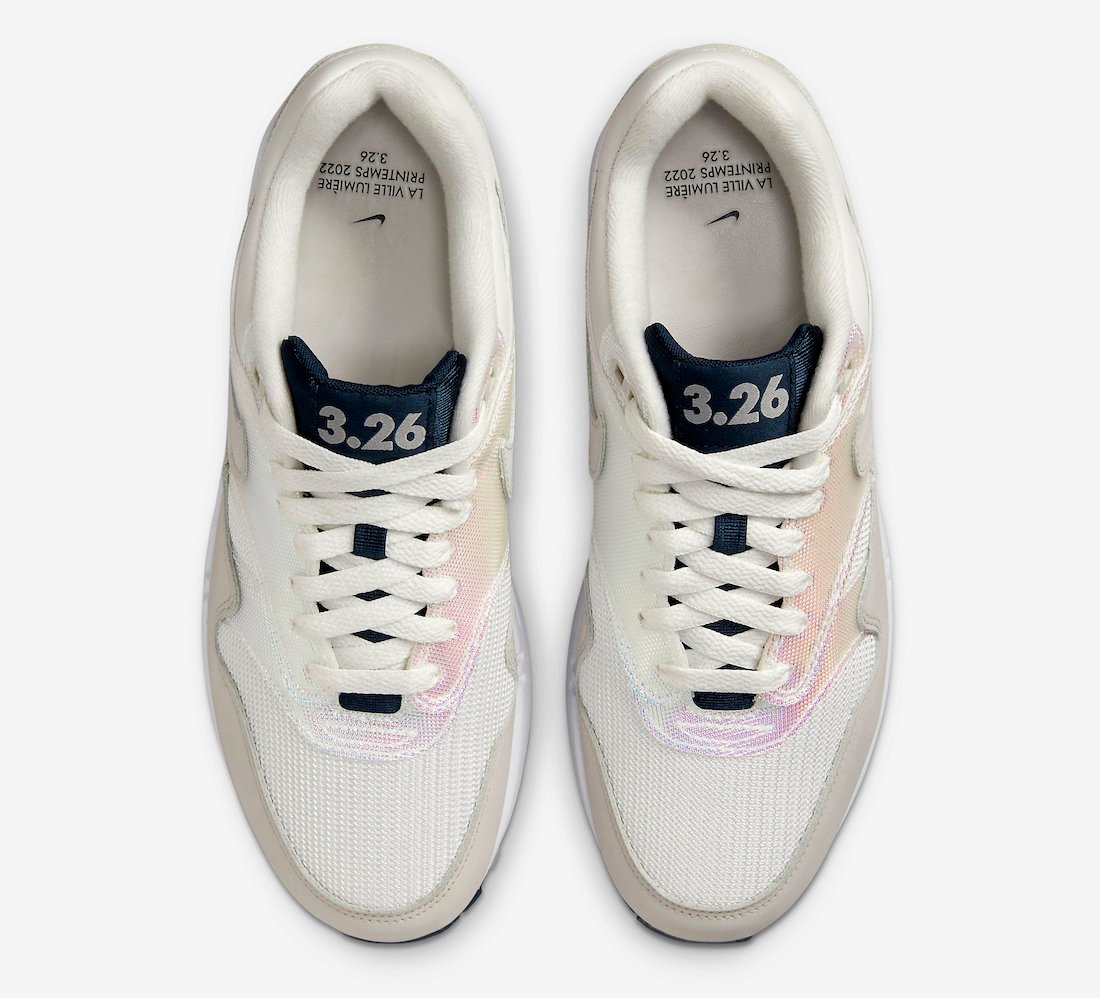 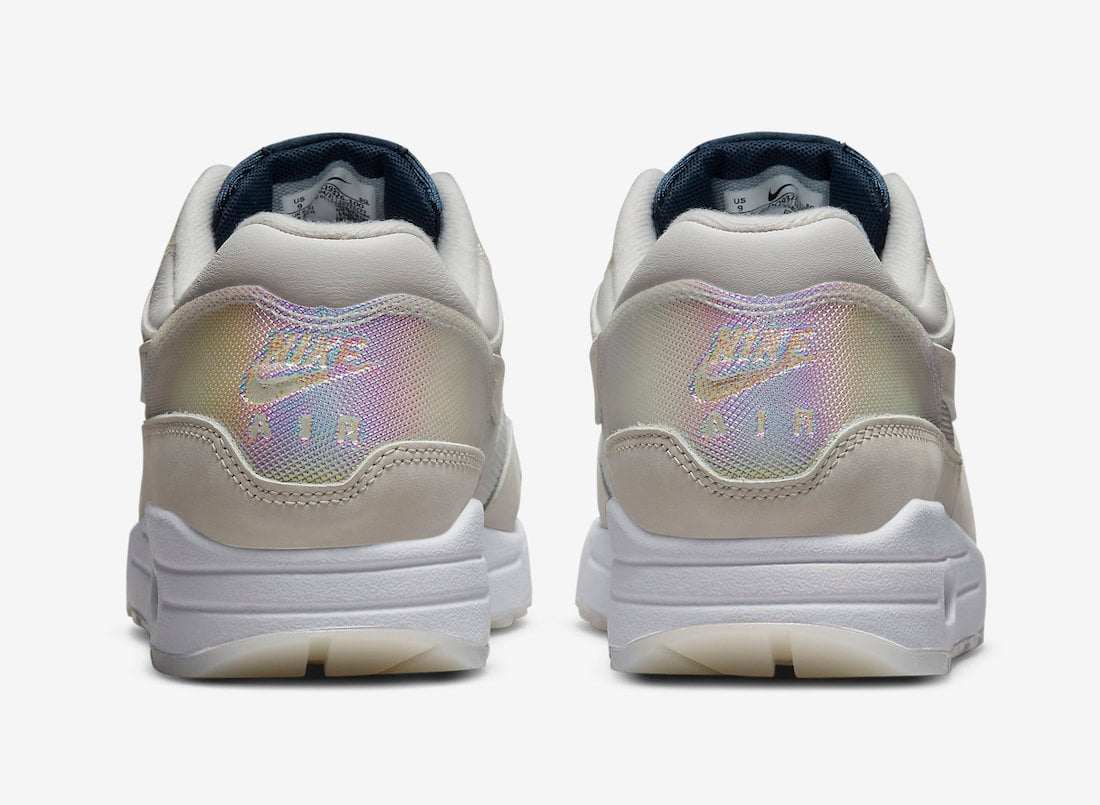 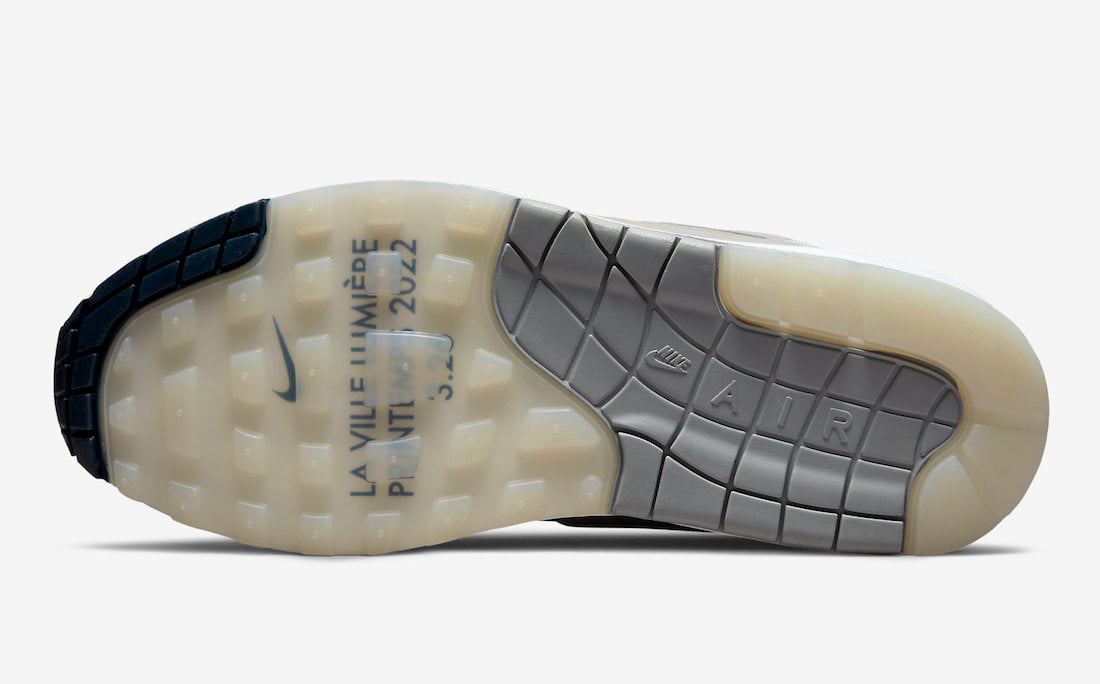 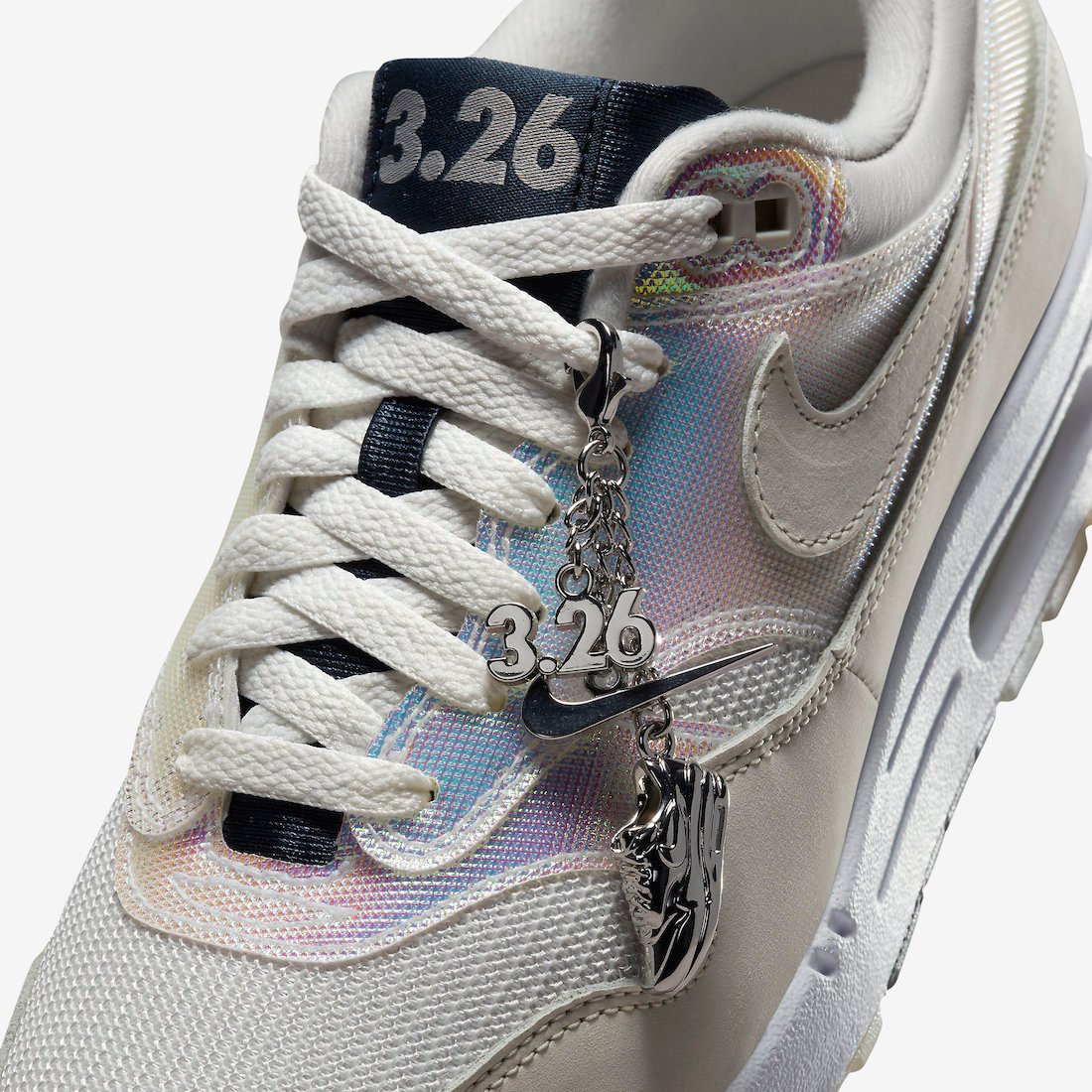 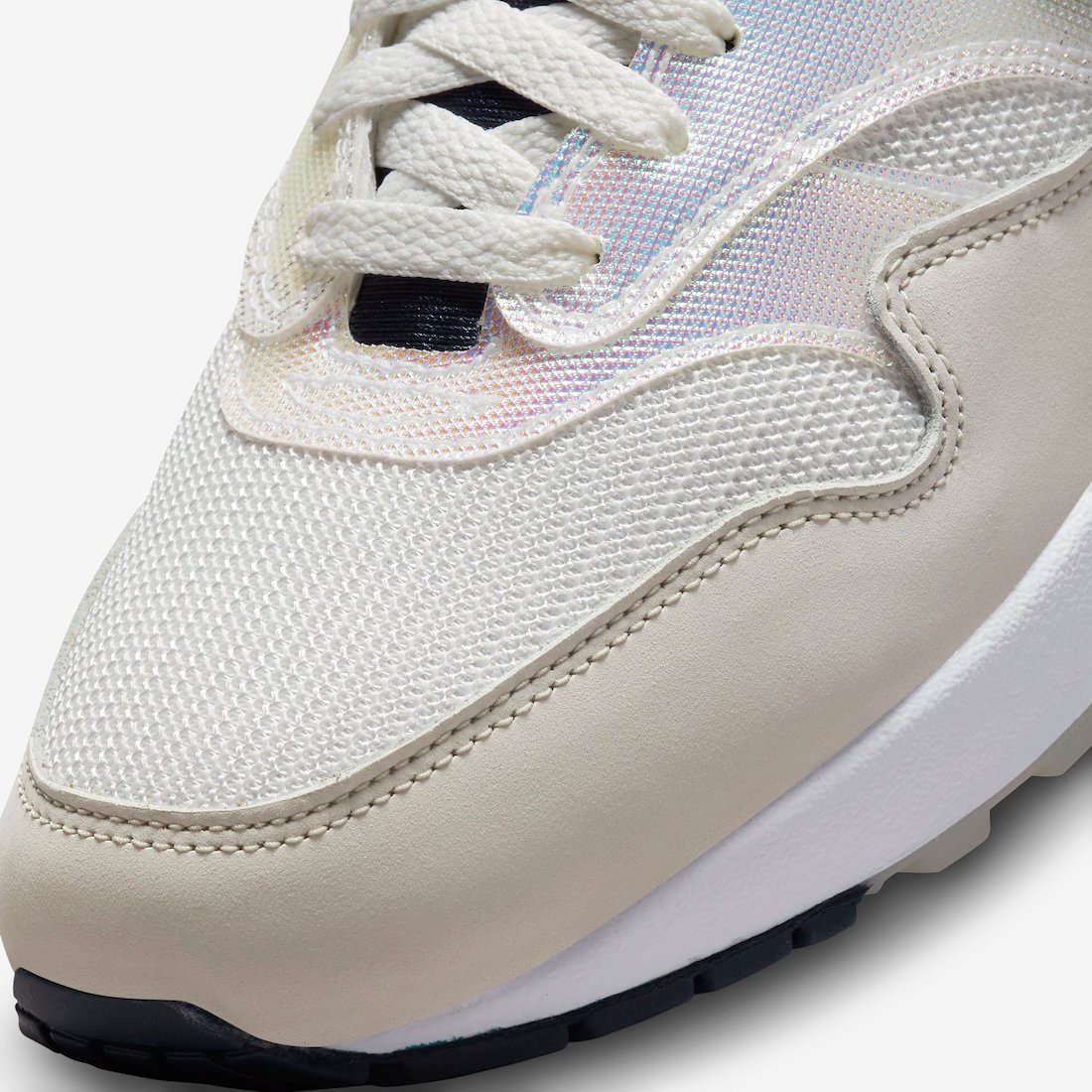 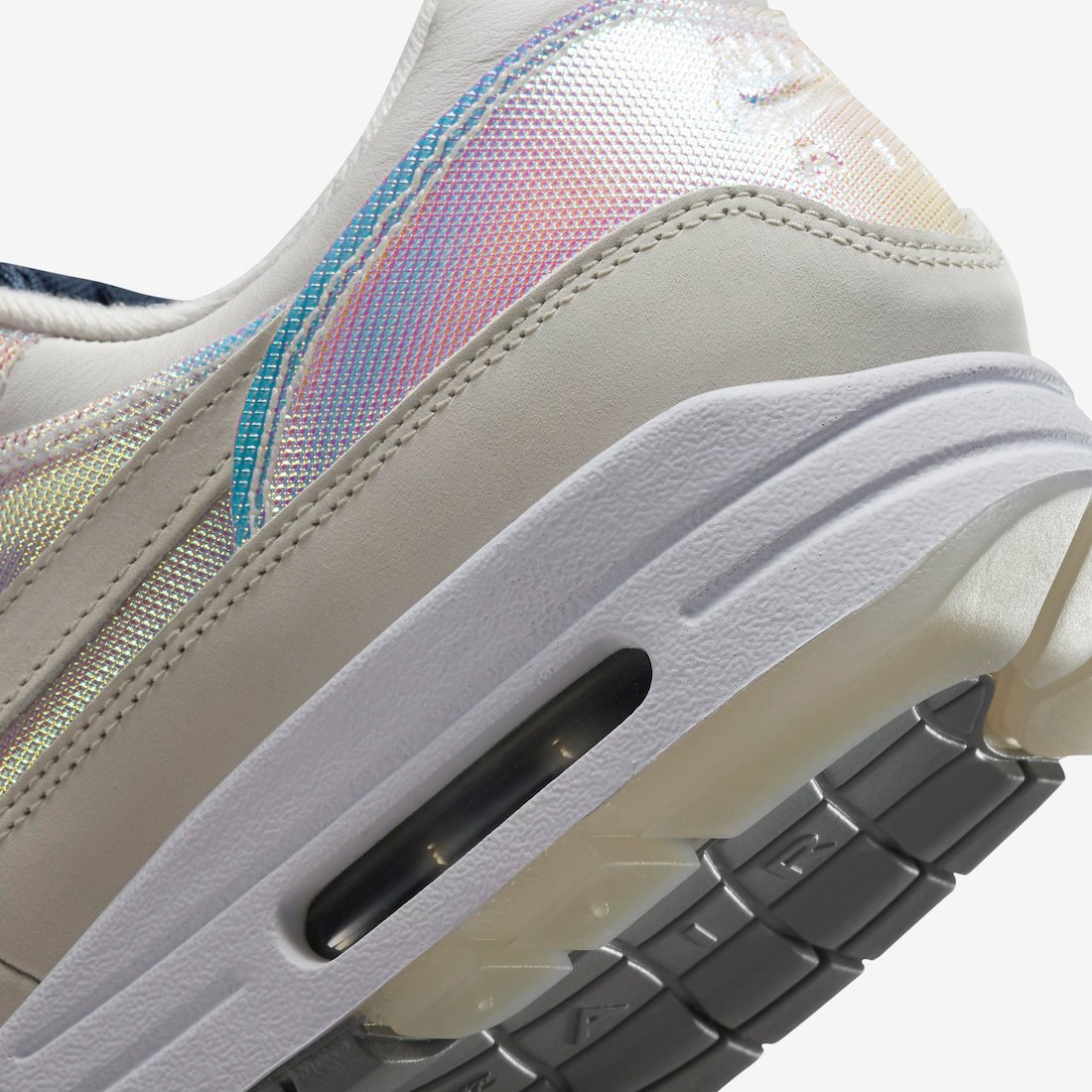 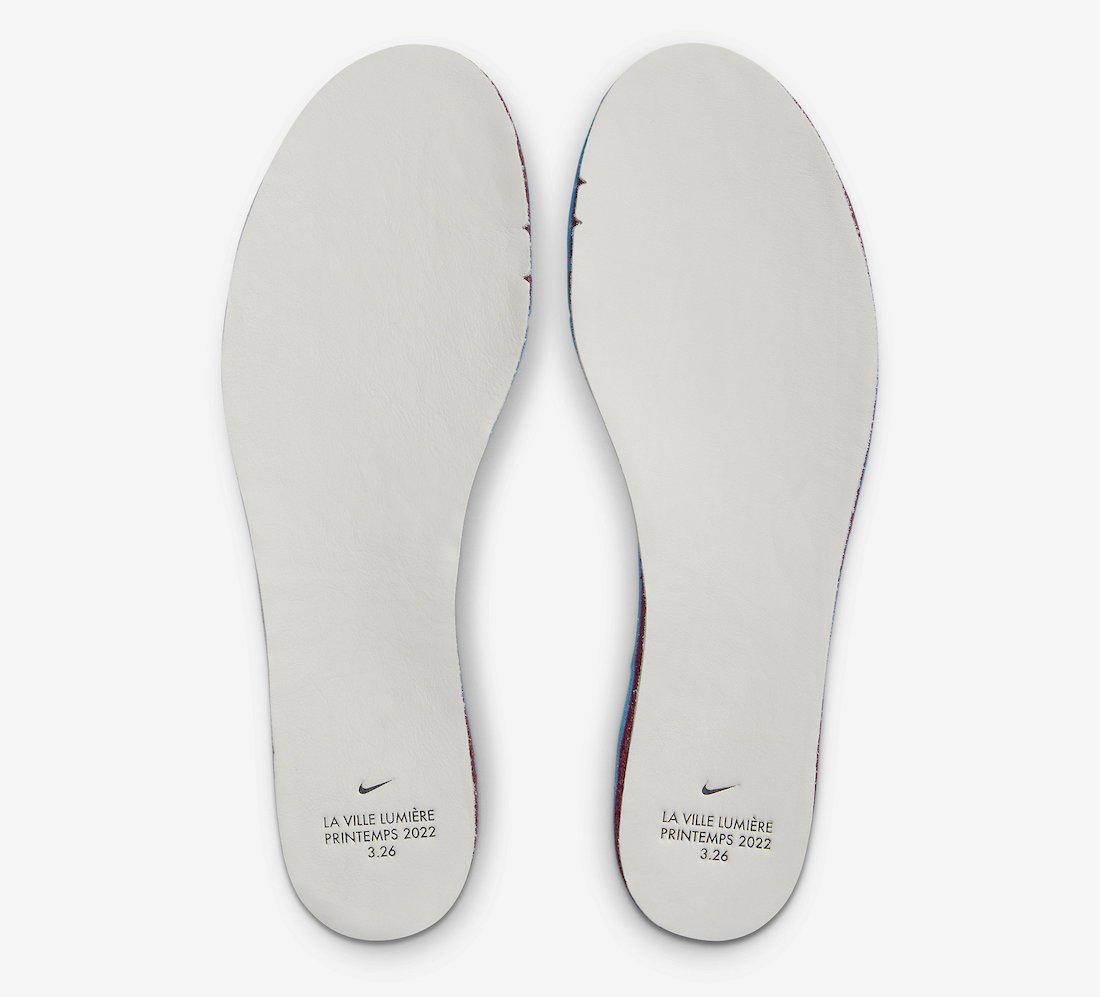 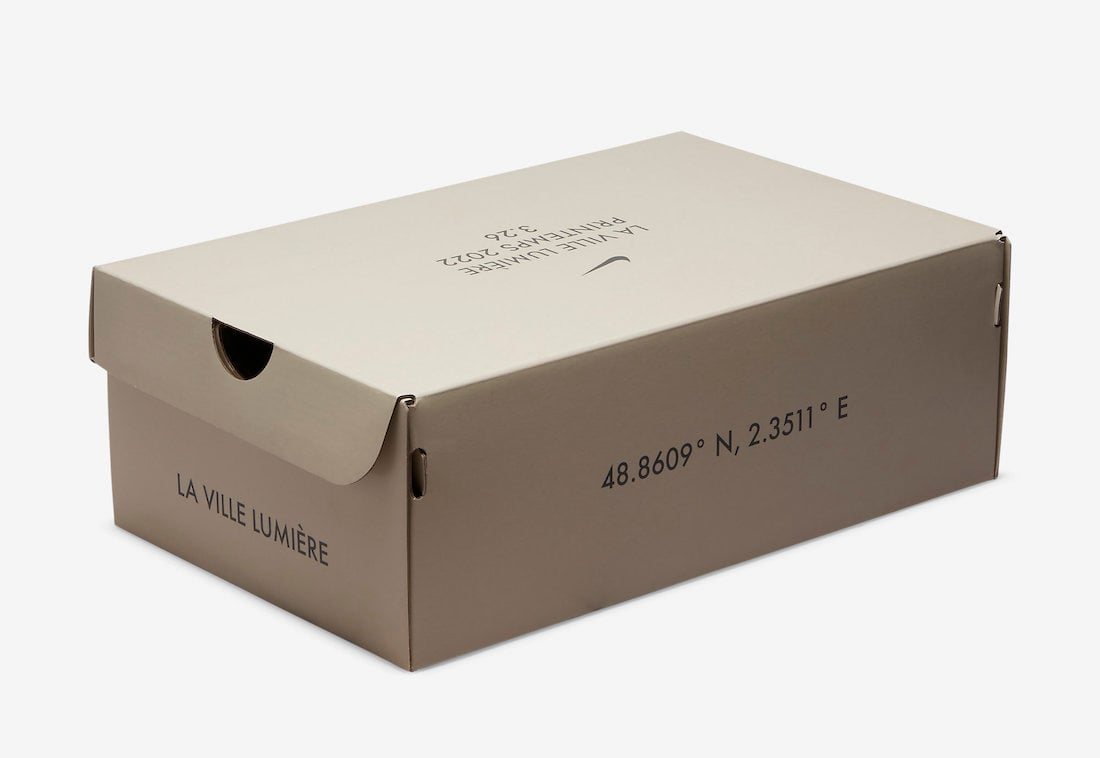 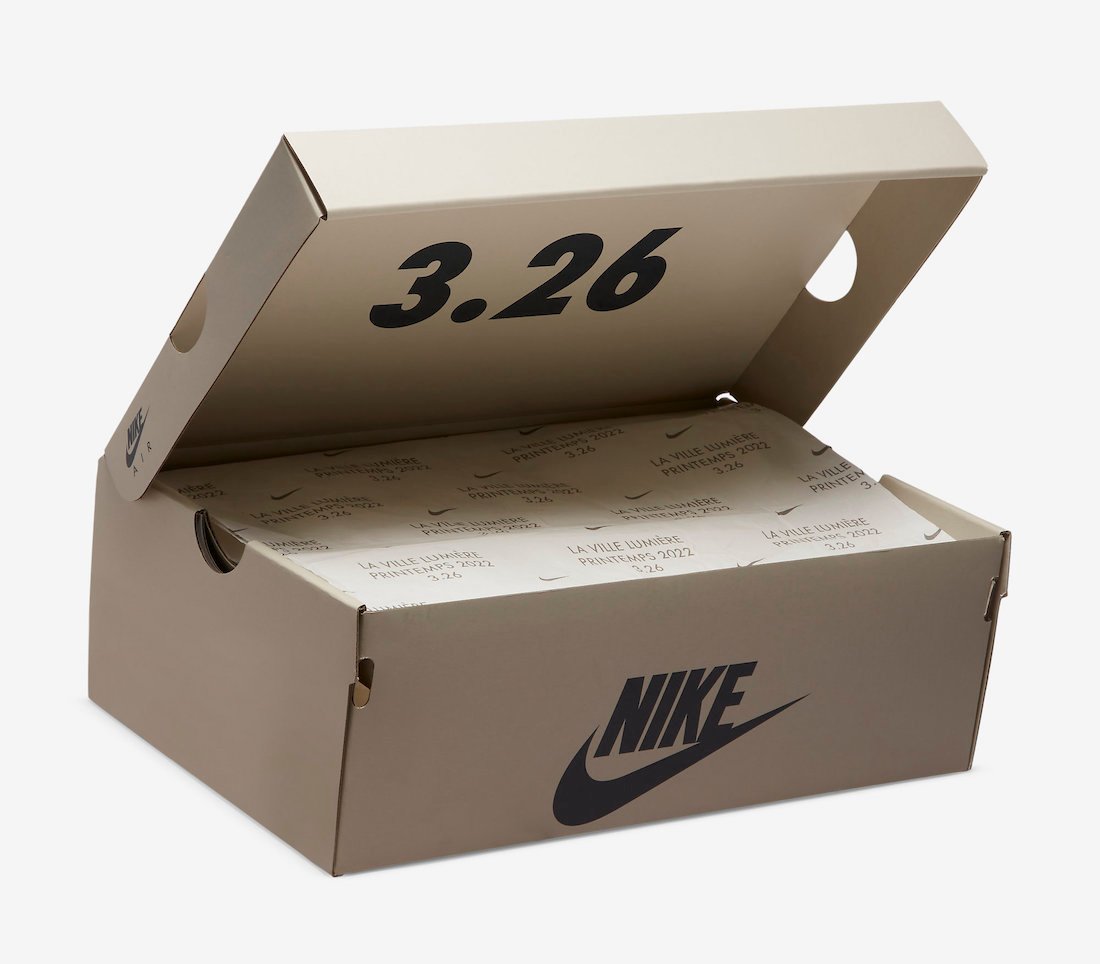 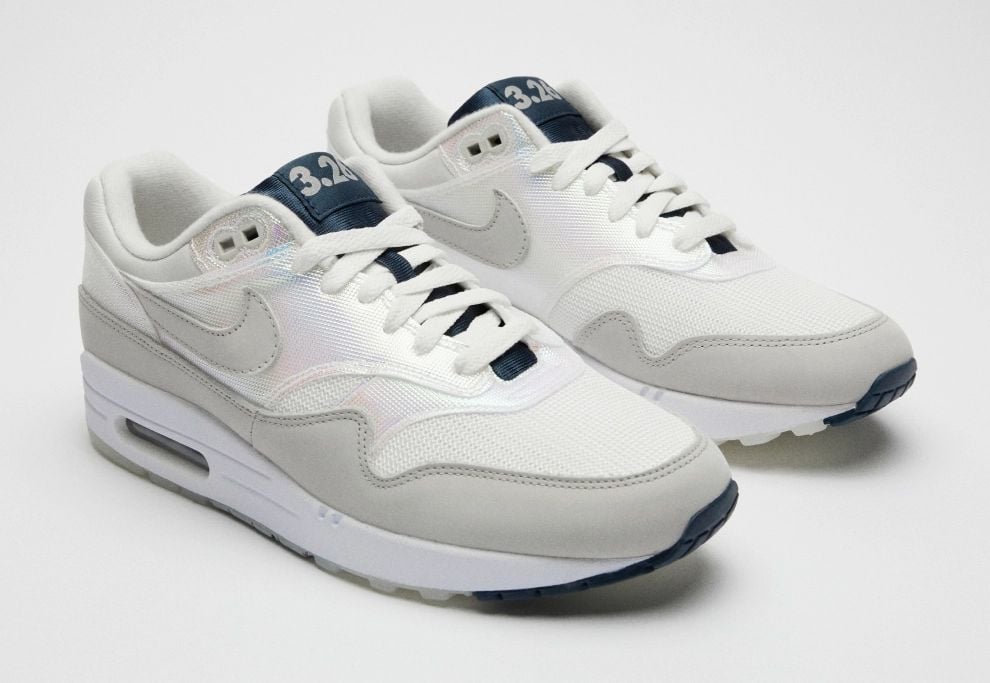 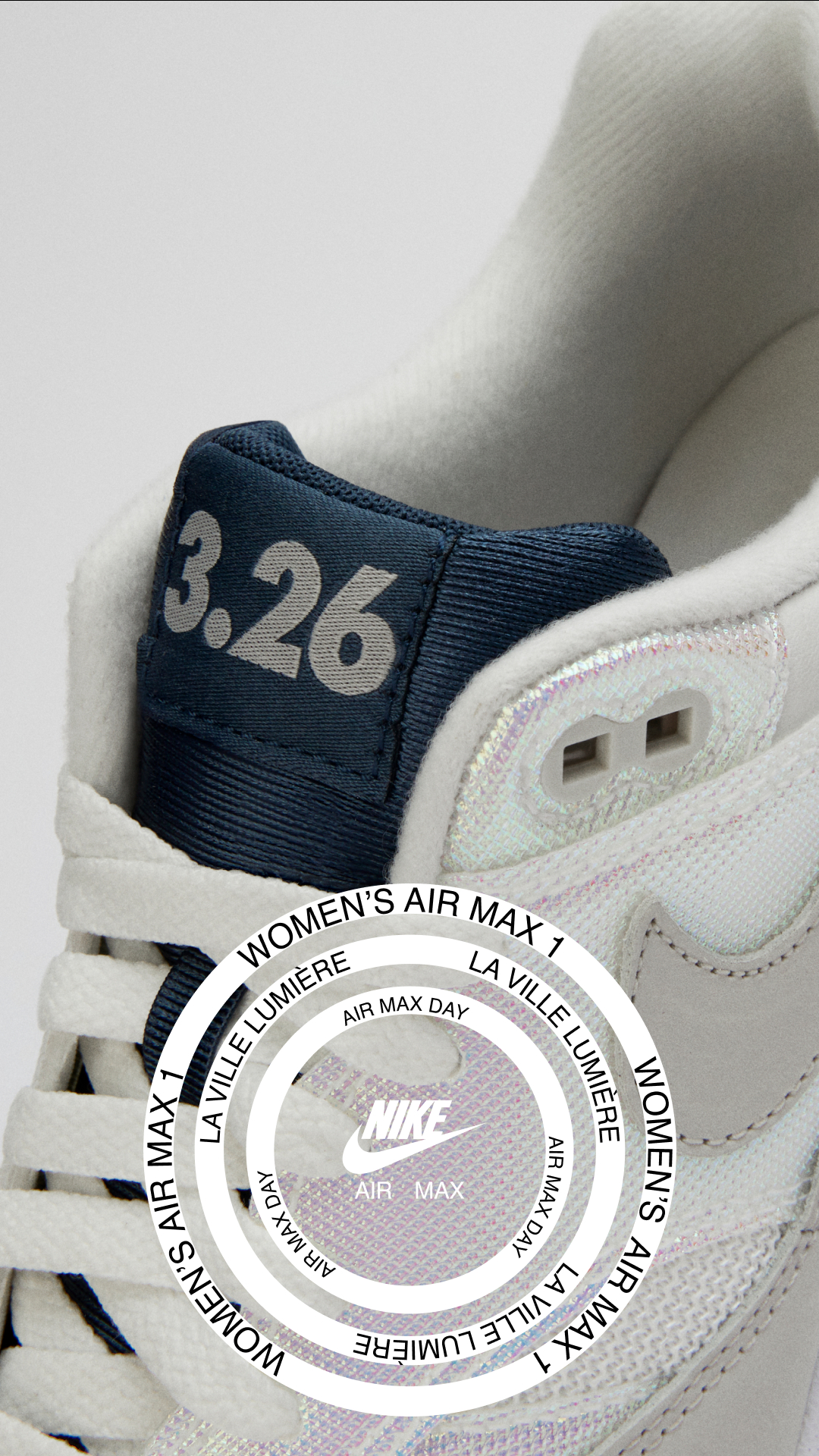 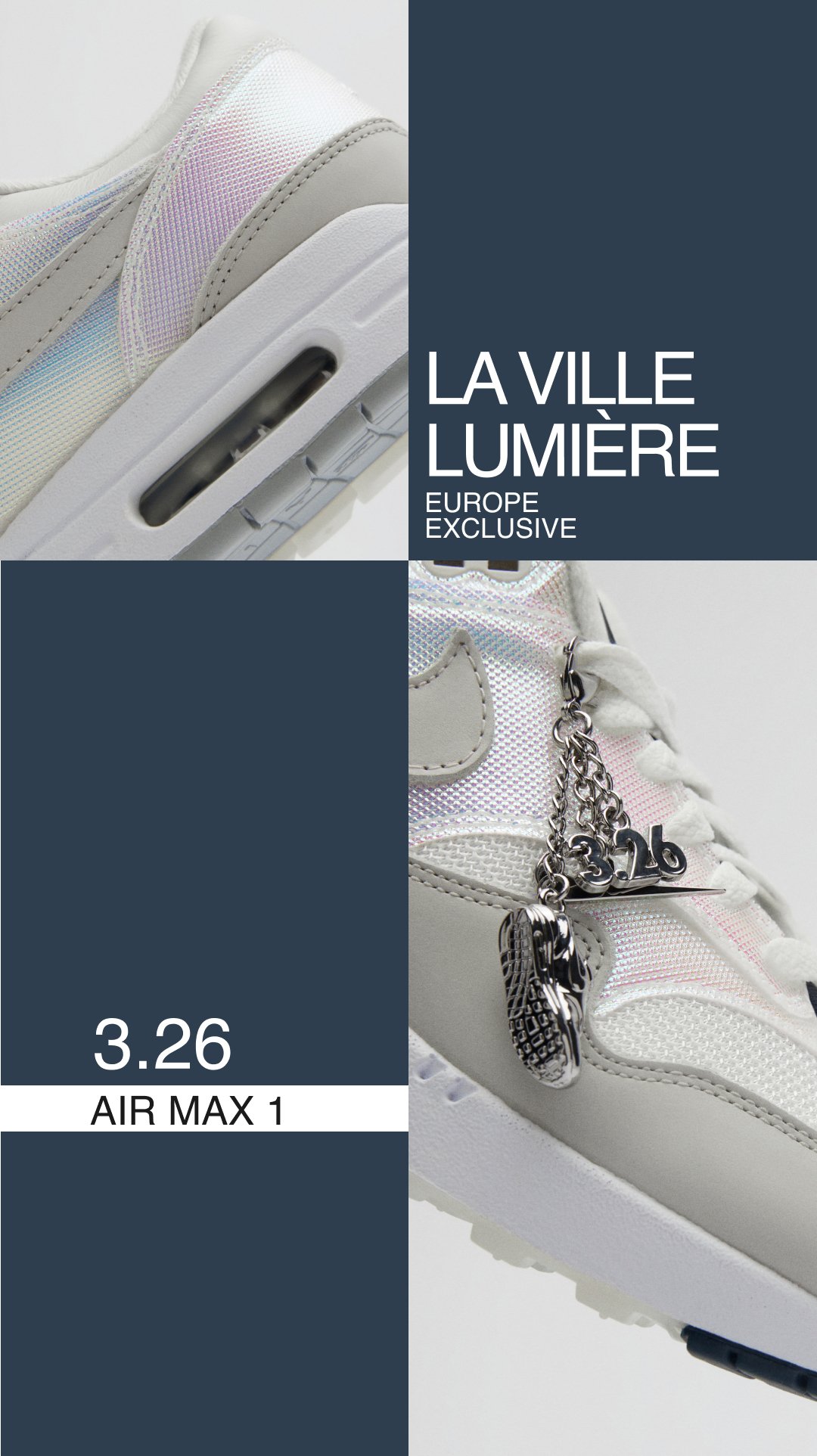 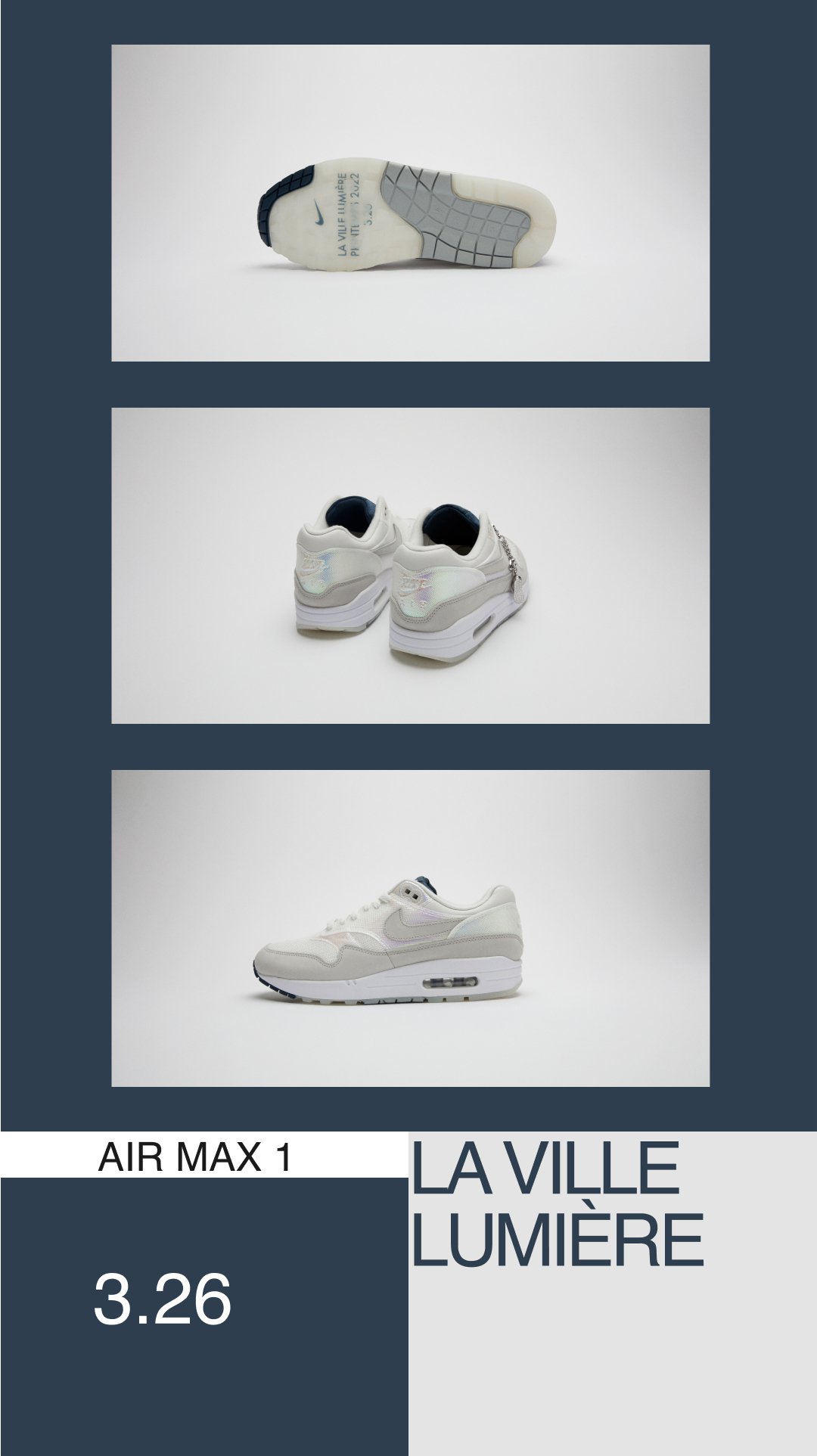 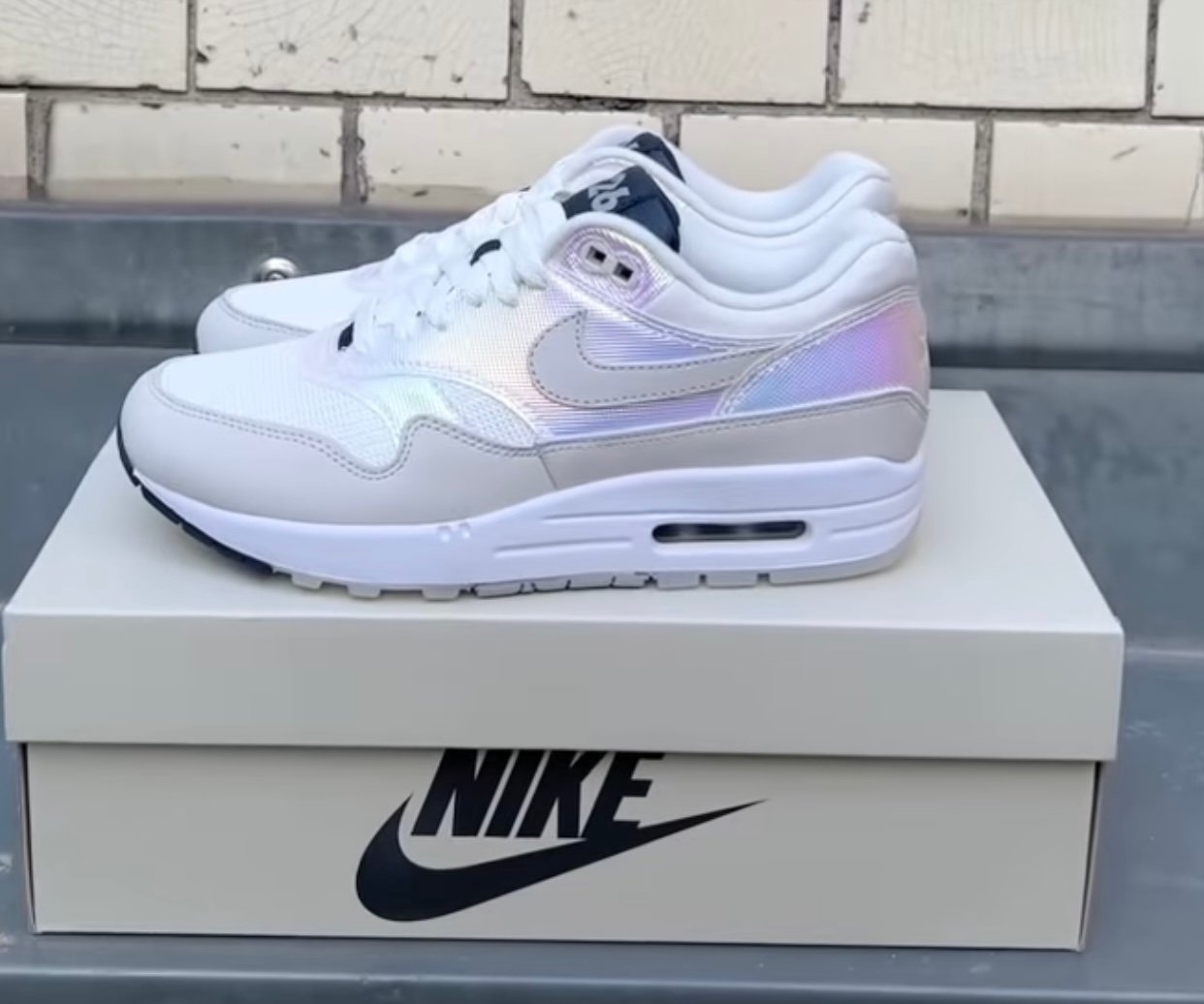 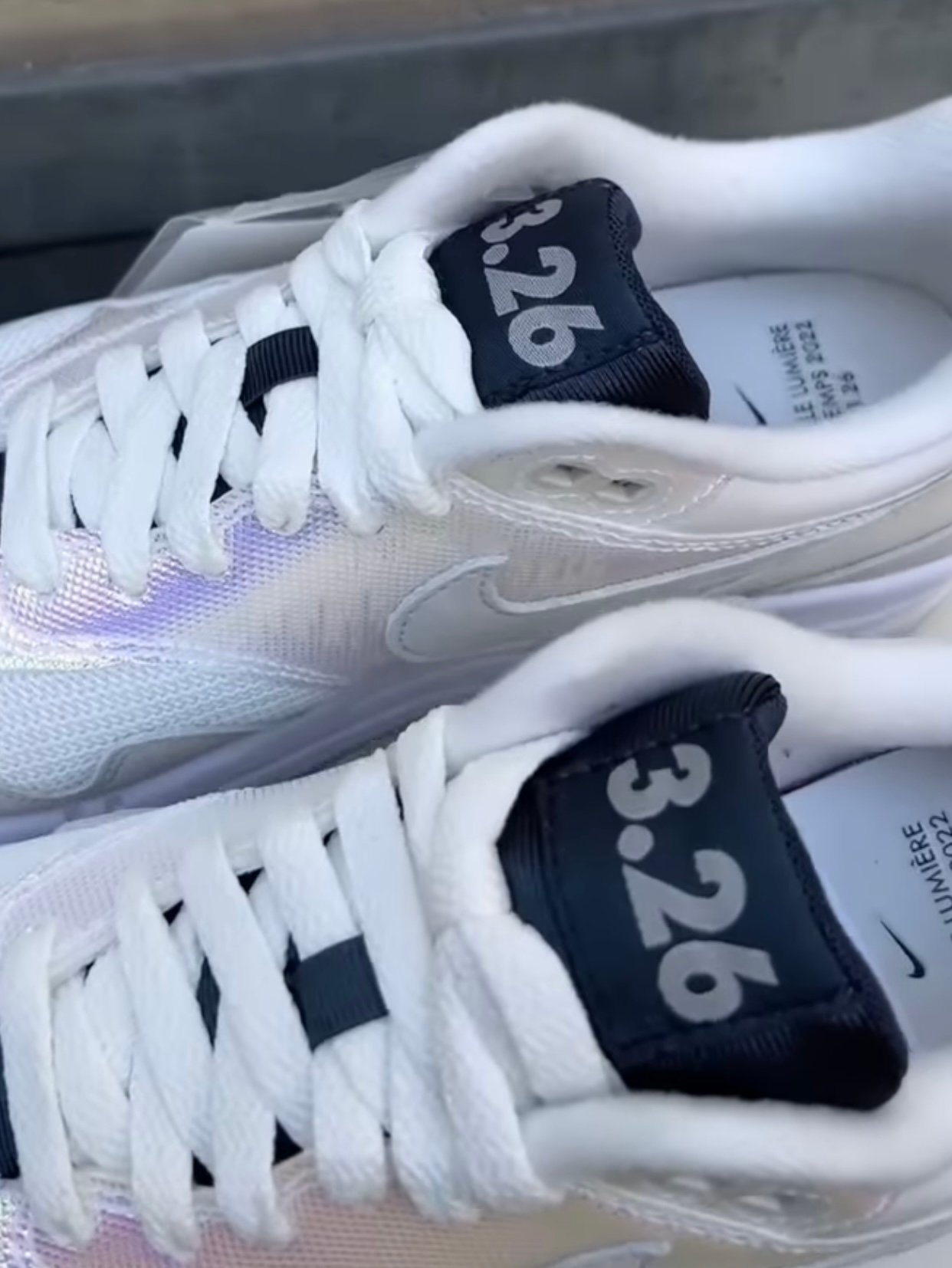 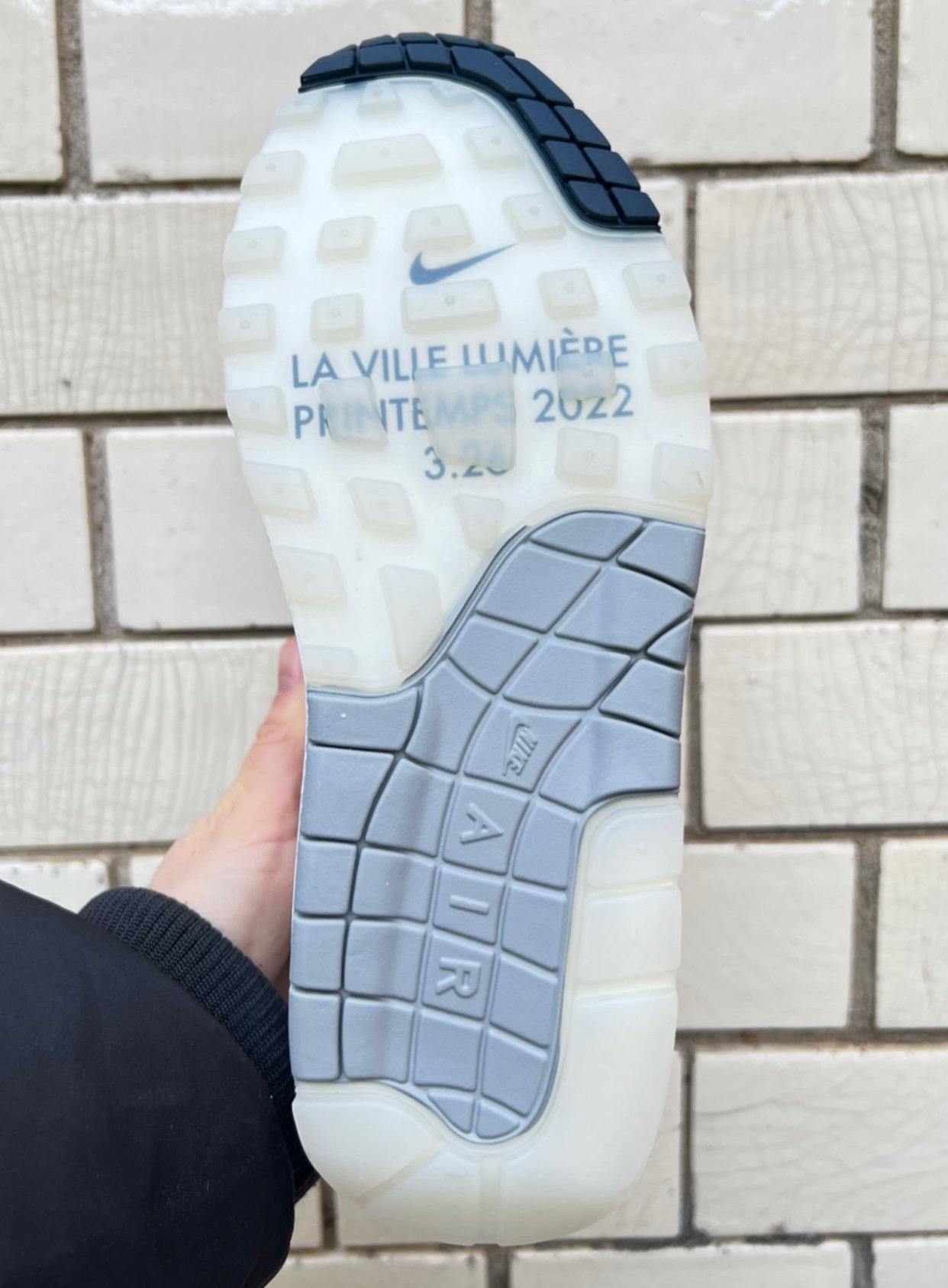 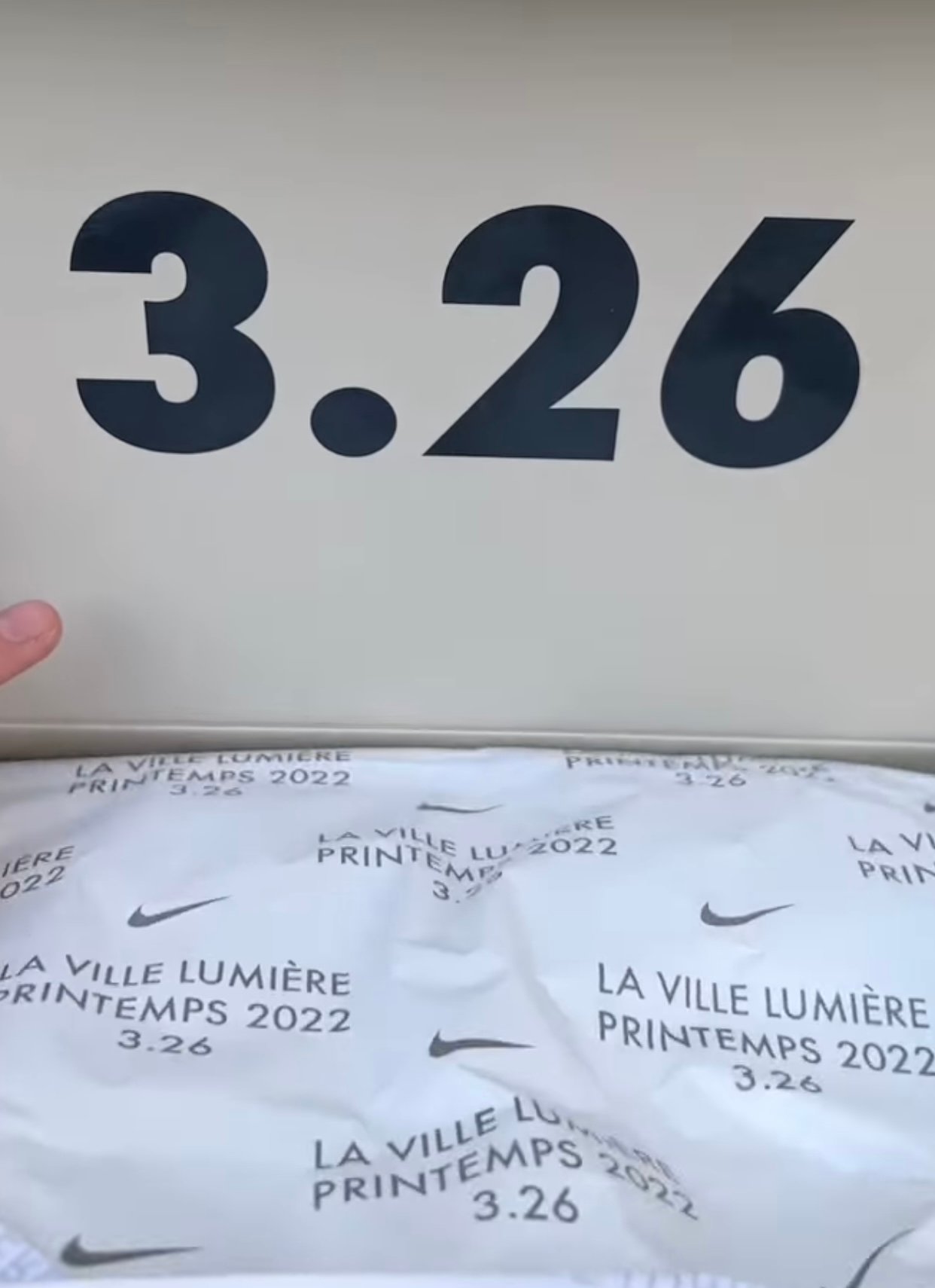 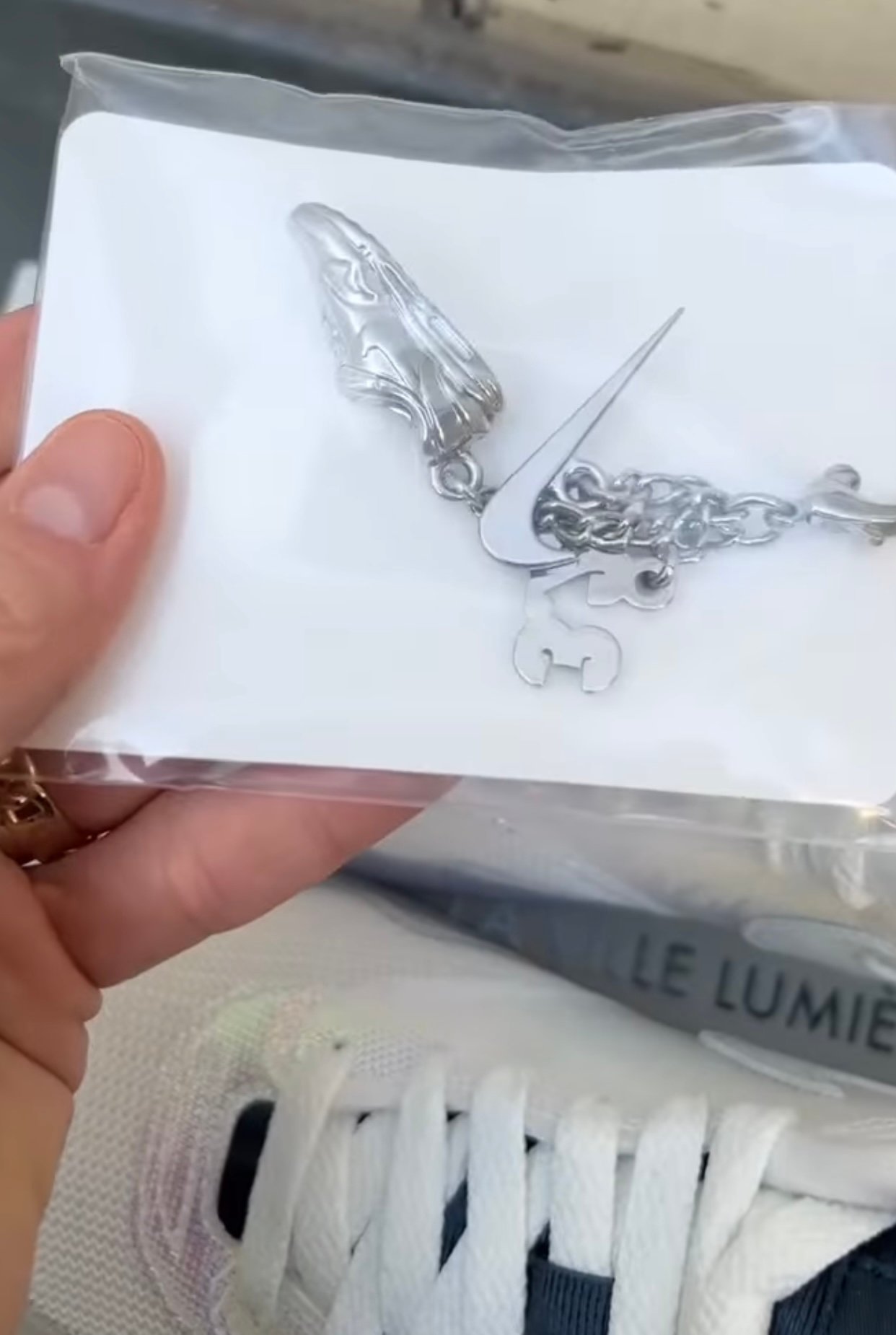 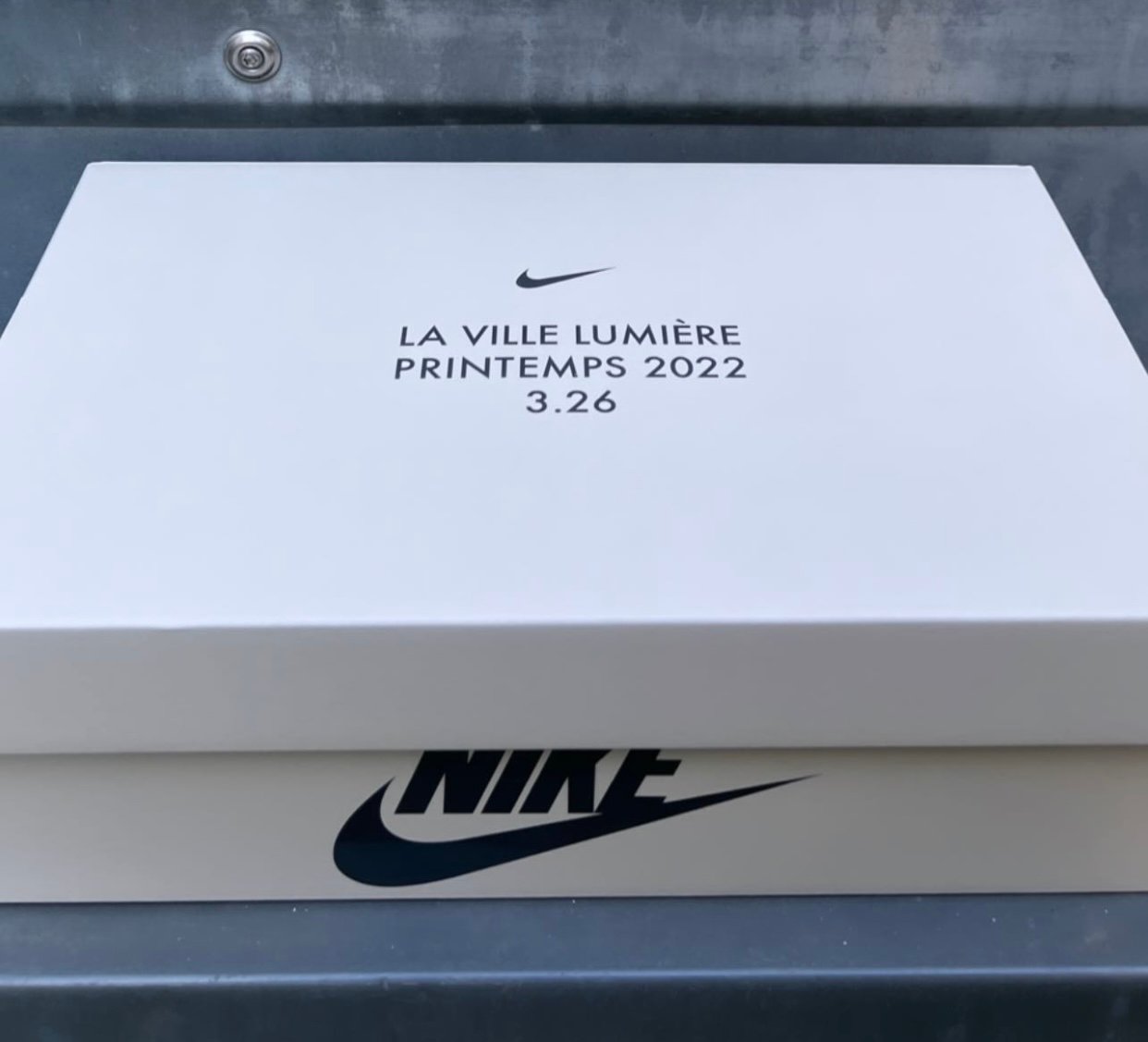