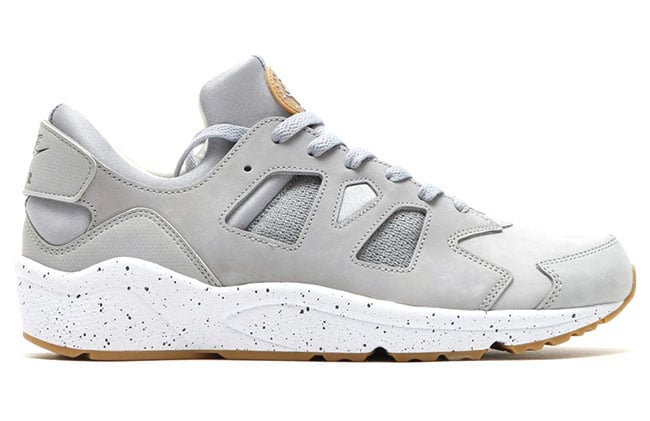 Having a similar look and feel as the Air Huarache, the International edition uses different styling on the overlays, but contains the neoprene bootie. For this pair, they feature a Wolf Grey base with nubuck. Following is gum that lands on the Huarache emblem on the tongue and outsole. The final touch is a White midsole that features a Grey speckled overlay.

The ‘Wolf Grey’ Nike Air Huarache International won’t actually release for about a month of so, since this pair is apart of Nike Sportswear’s Spring 2016 offerings. Once additional details become available, we will make sure to fill you in. For now you can see another angle of the shoes below. 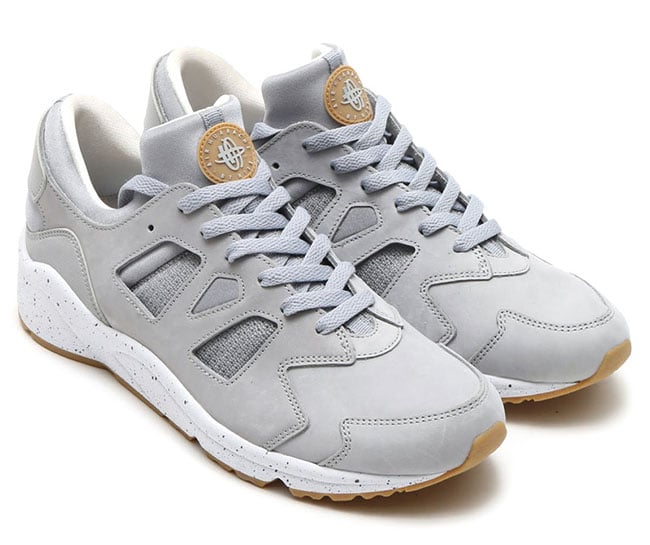