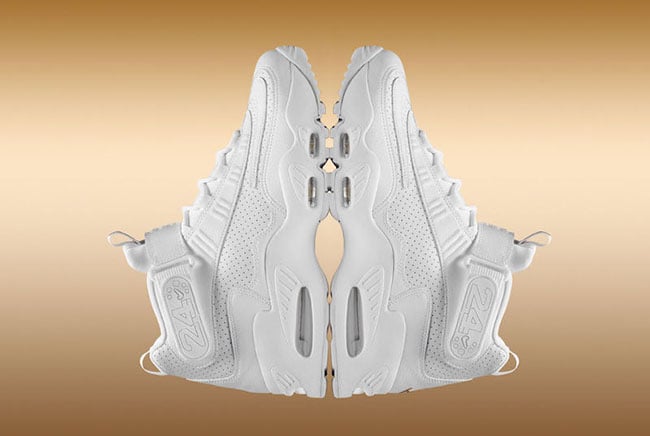 The Nike Air Griffey Max 1 ‘Triple White’ is probably the cleanest models we have seen. Perfect for the Summer, the latest Griffey Max 1 should be releasing very soon.

With Ken Griffey Jr. being inducted into the Hall of Fame and his signature shoe, the Nike Air Griffey Max 1 turning 20 years old, we have seen OG’s and themed out pair debut. The Triple White edition will more then likely have a nickname, but at the time of writing, one isn’t known.

Looking closer, you can see they went with all White while being constructed with leather and perforations across the panels. Other then White, there is a bit of Silver used on the Swoosh with Red outlining and a unique graphic across the insoles.

Get a closer look at the Nike Air Griffey Max 1 InductKid below. As for a release date, they are scheduled to debut on July 23rd, 2016 at Nike Sportswear retailers.. Retail price will be $150.

Update: Nike has officially named this pair of Griffey Max 1 the ‘InductKid’ Nike Air Griffey Max 1 which pays tribute to his 2016 Hall of Fame induction ceremony. They are set to release on July 23rd, 2016. 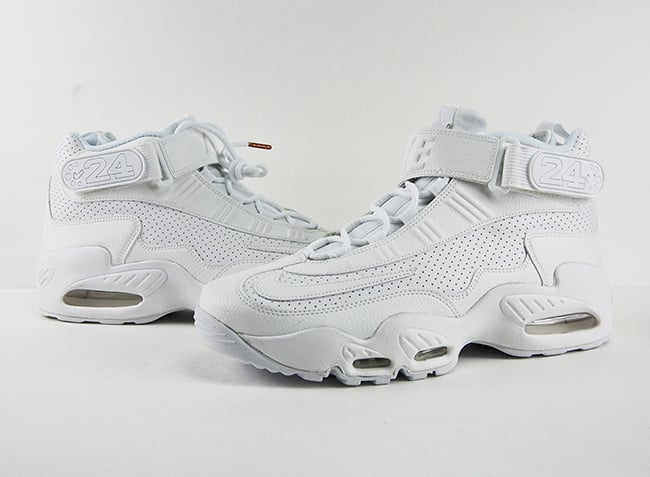 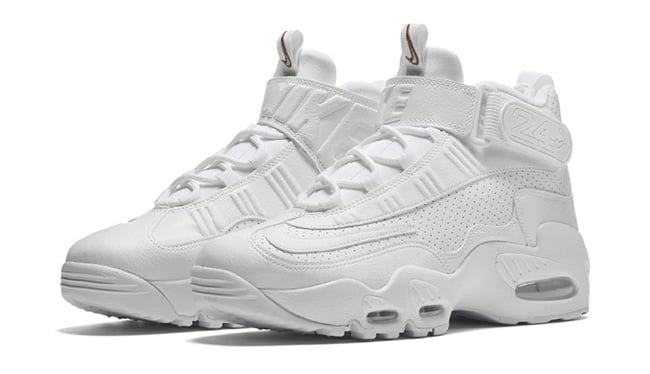 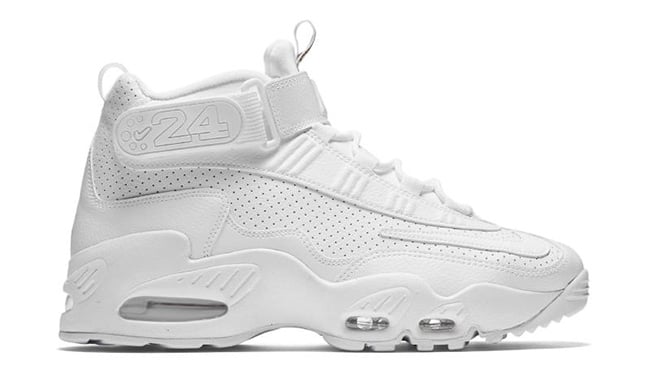 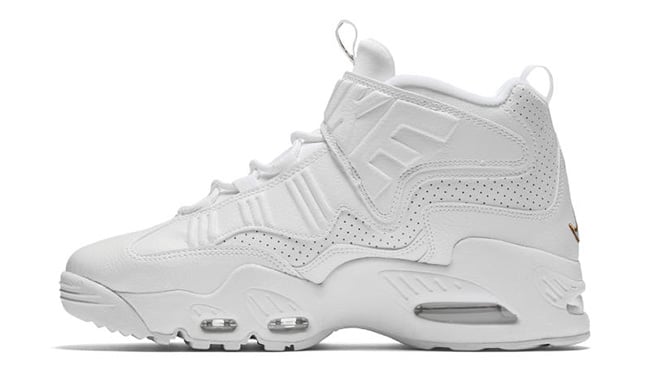 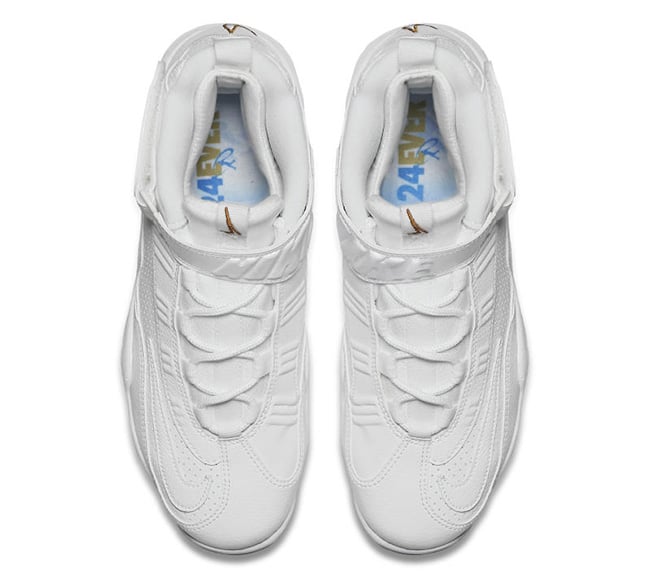 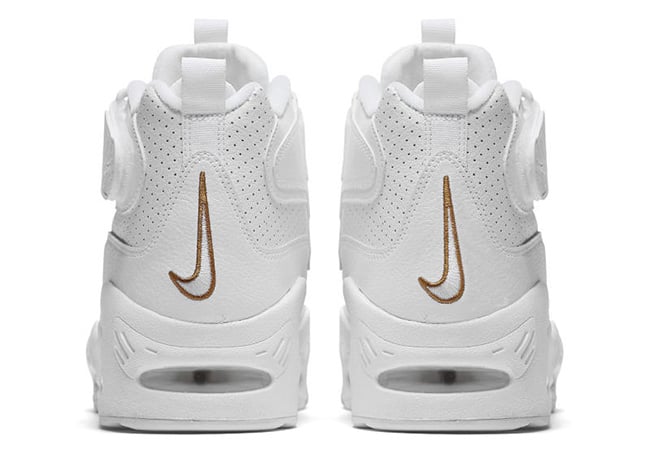