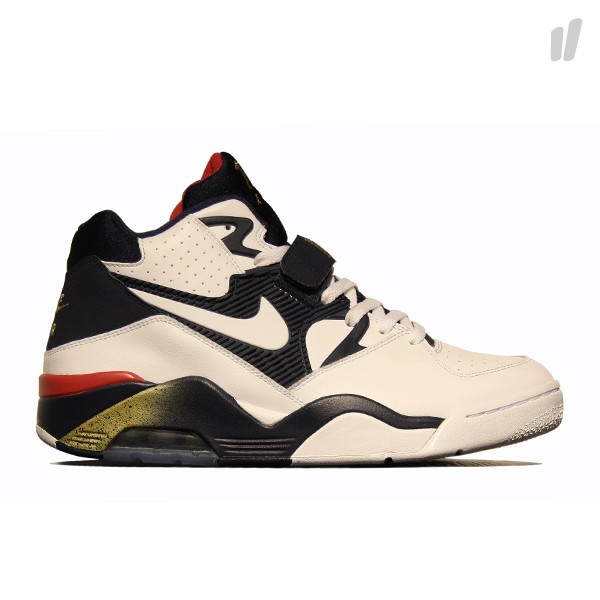 Returning this Fall and first previewed back in February is the red, white and blue version of the Nike Air Force 180.

A tribute to Charles Barkley, the Dream Team and the squad’s 1992 gold medal at the Summer Olympic Games in Barcelona, this 2012 retro of the Olympic kicks stays true to OG form with a white leather upper, navy and red accents throughout and metallic gold hits on the tongue branding, heel branding and midsole gradient.

Set for a July 2 release at overseas spots like Overkill, stay tuned for more info on the US drop.