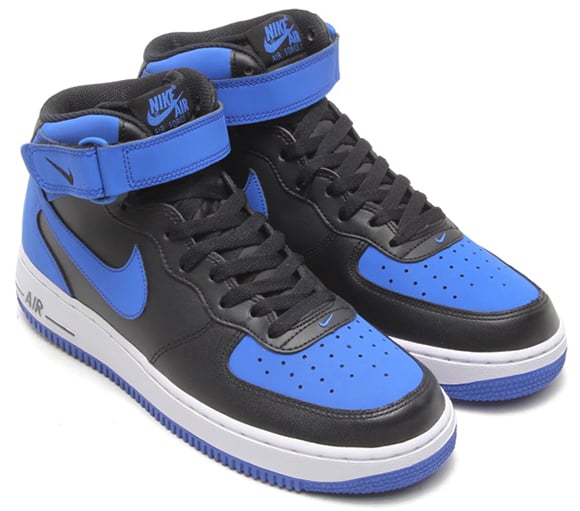 If you love the black and royal Jordan 1s and are a fan of classic Nike’s then the brand has something for you. The Air Force 1 Mid has transcended to look like the popular AJ1s and is hitting retailers overseas.

The Air Force 1 Mid is not as popular as the lows or even highs, but the simple color blocking added should help boost sales. Featuring a predominate black leather upper, game royal is used on the toe box, swoosh, heel, sole and strap while white midsole is slapped on.

The Nike Air Force 1 Mid in black, game royal and white hasn’t released worldwide yet but can be purchased via atmos.