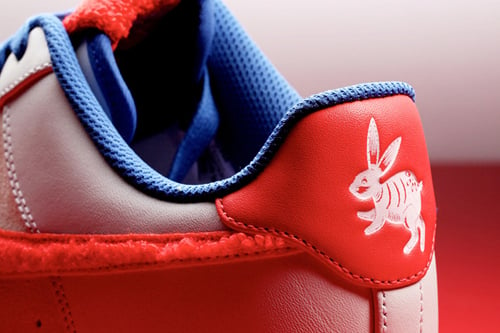 With 2011 being the year of the rabbit according to the Chinese Lunar New Year, Nike decided to release a Nike AF1 to help celebrate the year of the rabbit. A mostly white leather upper, white suede on the toe box, and side panels, all sitting on top of a white rubber sole. A royal blue appears on the inner linning, laces and one side of the swoosh. The other sides of the swoosh is done in a red wool type material, the same material is used on the blue sided swoosh. A rabbit graphic can be found on the heel tab, and a chineese lettering is seen on the tongue tab. The ‘Year of the Rabbit’ Air Force 1 will release with a limited edition packing on January 23, retailing for $393 while the regular packing version will release on January 28, 2011, retailing for $302. The Nike AF1 ‘Year of The Rabbit’ will be made available to only overseas Nike retailers, hope Nike changes their mind. 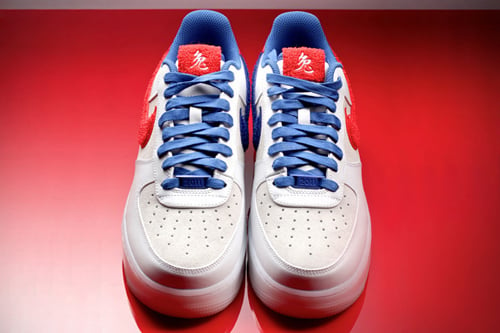