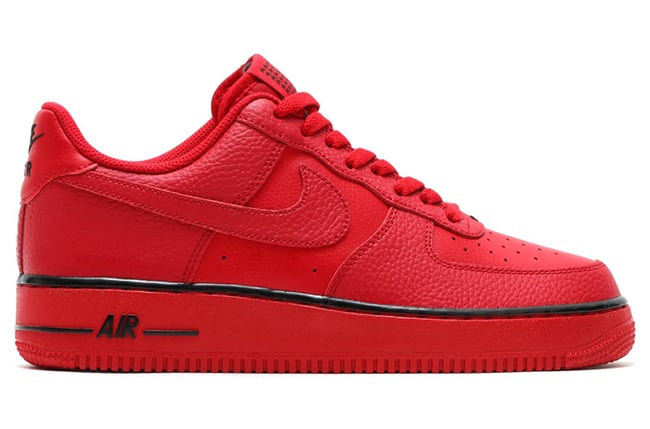 Over the past week, Nike Sportswear has released a couple pairs of the Air Force 1 Low in ‘White’ and ‘Black’ which is apart of a new stars pack. A third pair has now shown up, which is the Nike Air Force 1 Low ‘Red’.

Just like the other two pairs, the ‘Gym Red’ edition of the Air Force 1 Low features red used through the uppers along with tumbled leather on the overlays while a smooth leather hits the panels and toe area. Following is the use of black which stripes the midsole, Nike Air branding on the heel and aligned stars on the top of the tongue.

The ‘Red’ Nike Air Force 1 Low has now started to release at Nike Sportswear retailers in Asia and Europe, for example atmos. This means that very soon stateside locations will have them available. For now you can check out an additional photo below and check back for a wider release. 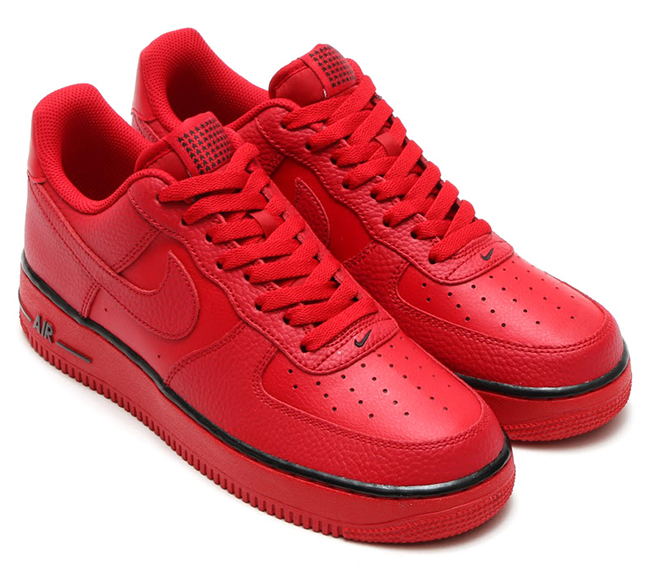