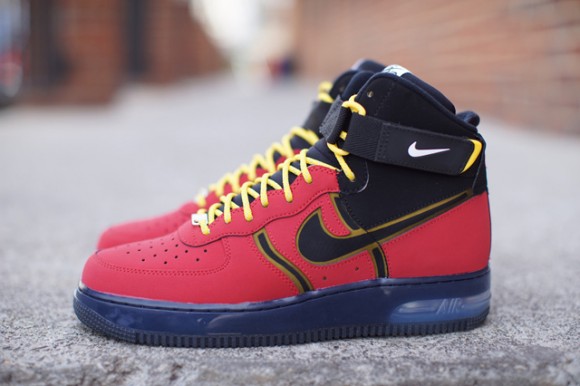 The Swoosh brand will never stop it’s quest to dominate, and I have to admit, they’ve been pushing out some great concepts lately. Next up for Nike

, is a new pair of AF1s, inspired the newly released Air Bakin’! The Nike Air Force 1 High PRM “Bakin'” are mostly red on the uppers, with black capping off the top, while a murky navy sole holds down the bottom. Stemming from the Air Bakin’ shoes, yellow lacing compliments the bronze accenting on the shoe. In the sole, an Air Max unit finds it’s way into these sneakers. Currently, these kicks are a Oneness exclusive for $175, but should be hitting other retailers soon! 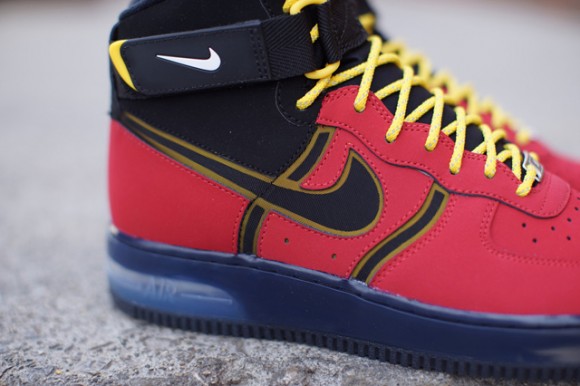 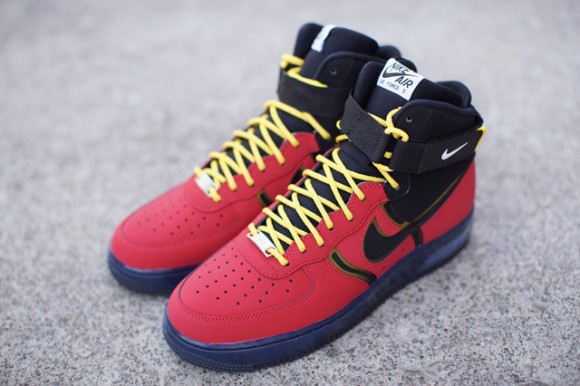 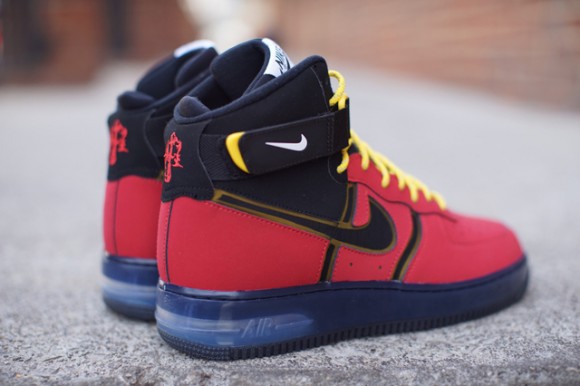 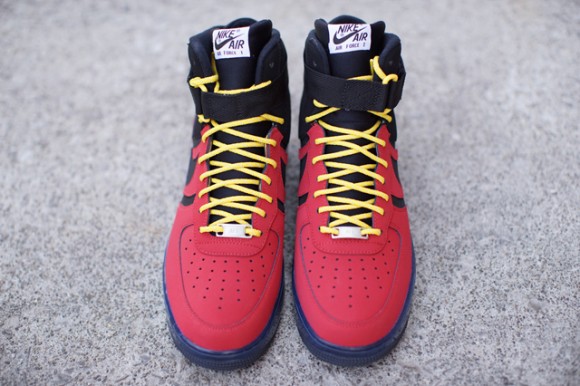 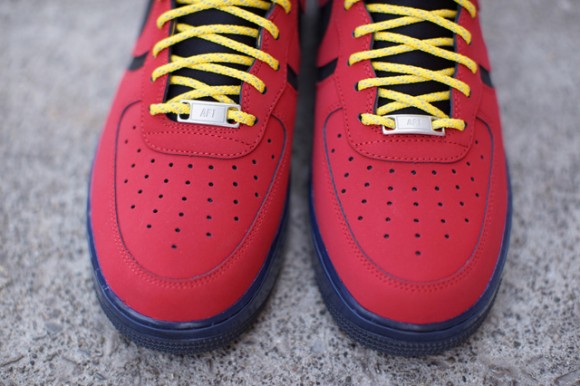 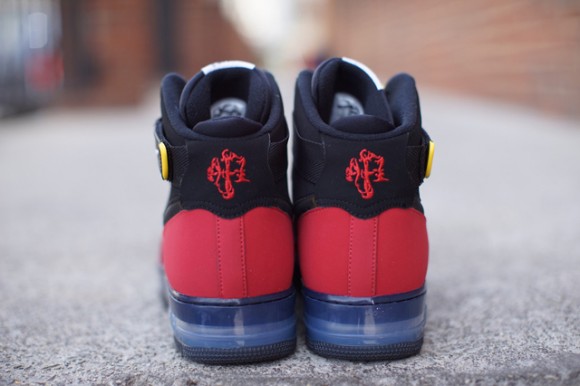