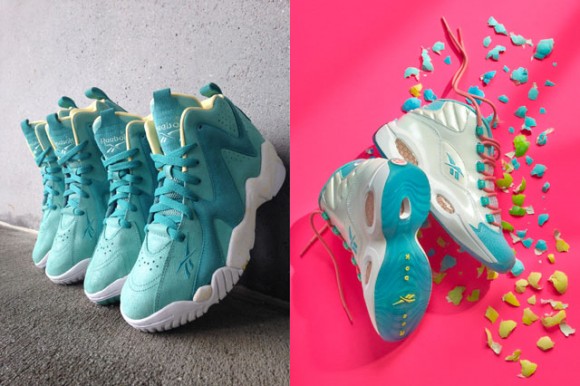 Back in August, we got our hands on the first leaked photos of the teal Kamikaze II shoes, that are a part the Easter dedicated footwear from Reebok, and now as inch closer and closer to the holiday, we’re getting official photos. The Reebok Classic Easter Pack include the Kamikaze IIs and Question Mids in bright colorways, heavily using blue tones and yellow accents. The Kamikaze IIs are entirely teal, with yellow lining and yellow-speckled, white soles. With the Question Mids, the toes, outsole, lining, and branding are teal, while pink lacing and a pink-honeycomb sole unit provide some accenting on the mostly lustrous white sneaker. The Kamikaze IIs will be releasing in both mens and GS sizes, while the Question Mids will only release in GS sizes. Limited amounts of these sneakers will release at FootLocker and Champ Sports

, but if you want to skip the crowds, just go online to the Reebok store and make your purchase there! Check out some more of the photos below! 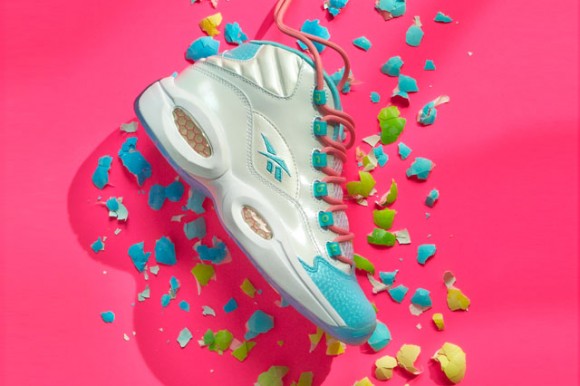 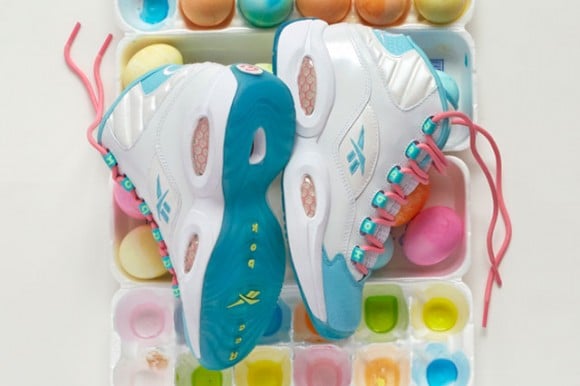 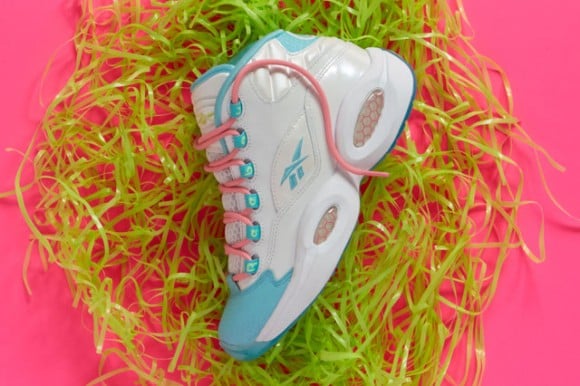 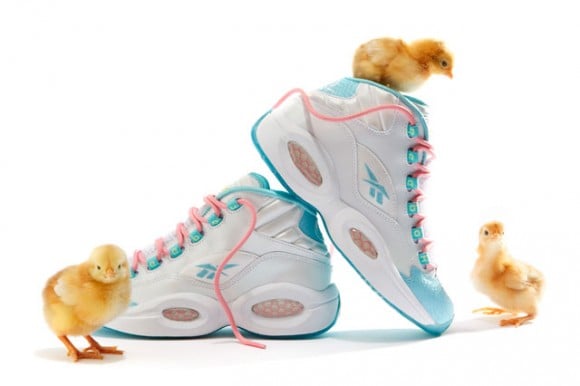 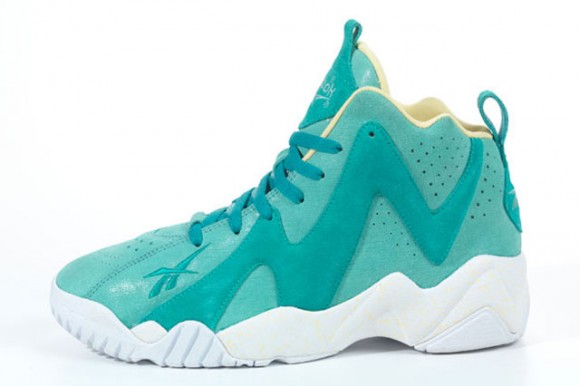 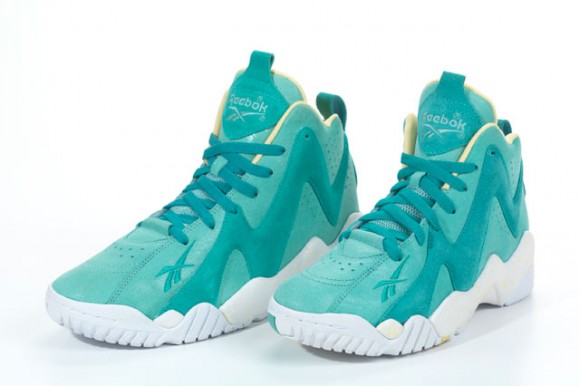