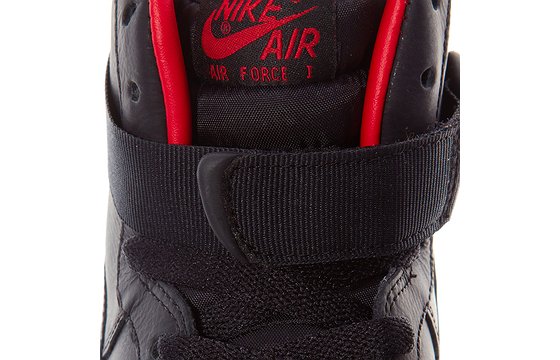 Dropping later this month are two pairs of premium Air Force 1s inspired by a couple of the best players in the NBA.

First up is this Air Force 1 High Premium, inspired by LeBron James. Featuring a predominately black colorway, the kicks come with a white midsole and outsole alongside red accents on the lining and heel and tongue branding.

Set to drop here in the US on April 28 for $145, you can pre-order these now from Crooked Tongues.