The Nike Air Force 1 High OG is Releasing with Canvas 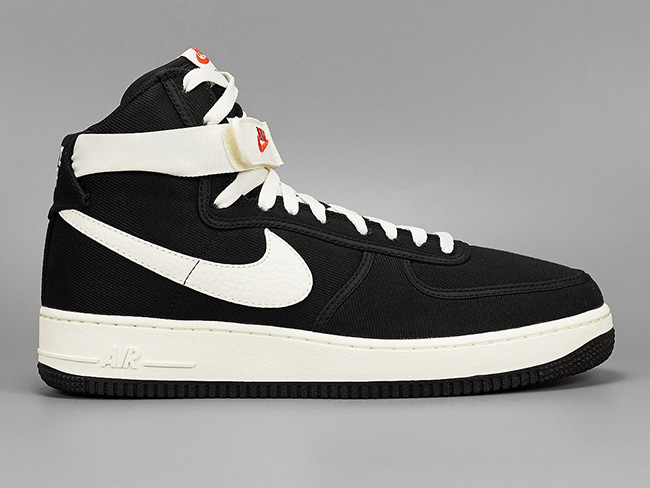 The Nike Air Force 1 High has returned in various colors apart of the remastered series which is commonly known as OG. Nike Sportswear will be taking the Original releases a bit further by applying Canvas through the uppers.

As you can see, the base comes in all Black while constructed with canvas material. Following are sail accents across the Swoosh which features leather while the same shade is also used on the strap, midsole and laces. Other details include Orange on the Nike Air located on the tongue and strap while Black lands on the outsole.

The Nike Air Force 1 High Canvas Black Sail is starting to release at Nike Sportswear retailers overseas like Solebox, but is currently sold-out. Additional locations will have this model in the coming weeks, but for now you can get a closer look below. 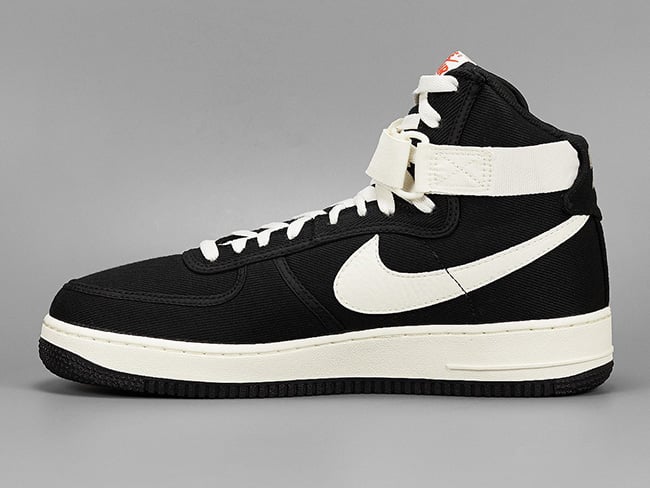 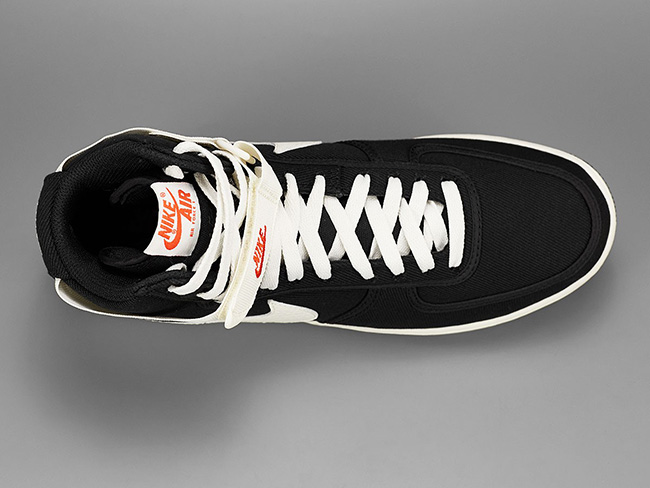 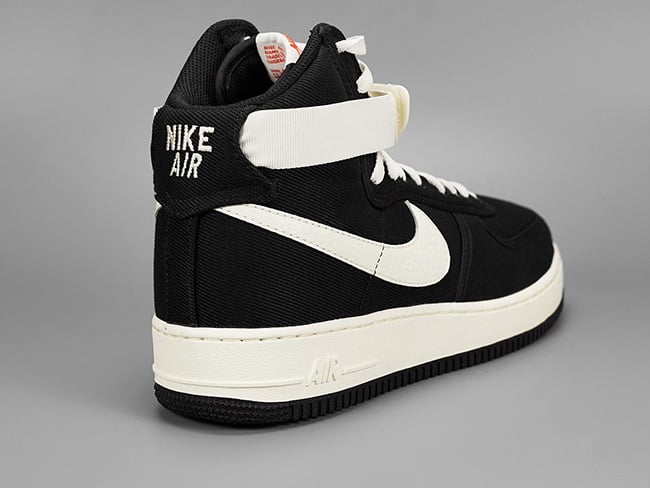