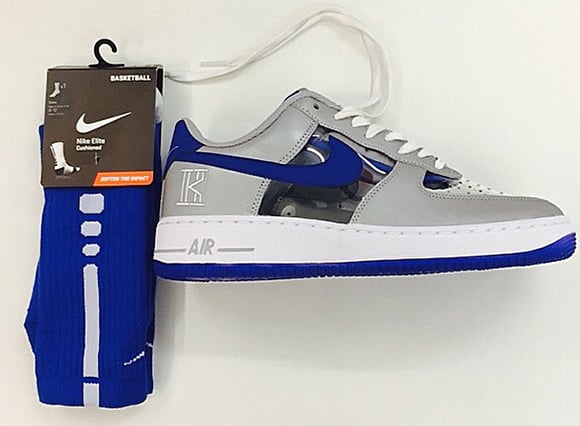 You may have seen Kyrie Irving’s Nike Air Force 1 CMFT Signature that uses the Cleveland Cavaliers colors. If you did, then you would know there was another pair of CMFT releasing. We didn’t know who it was for, but today we have verified that a second pair would release for Kyrie Irving.

This pair will also feature the Irving’s logo on the side and should be on the tongue, while we still have the invisible panels on the mid-panel and toe box. The use of wolf grey, game royal and white is more than likely a nod to his College playing days at Duke.