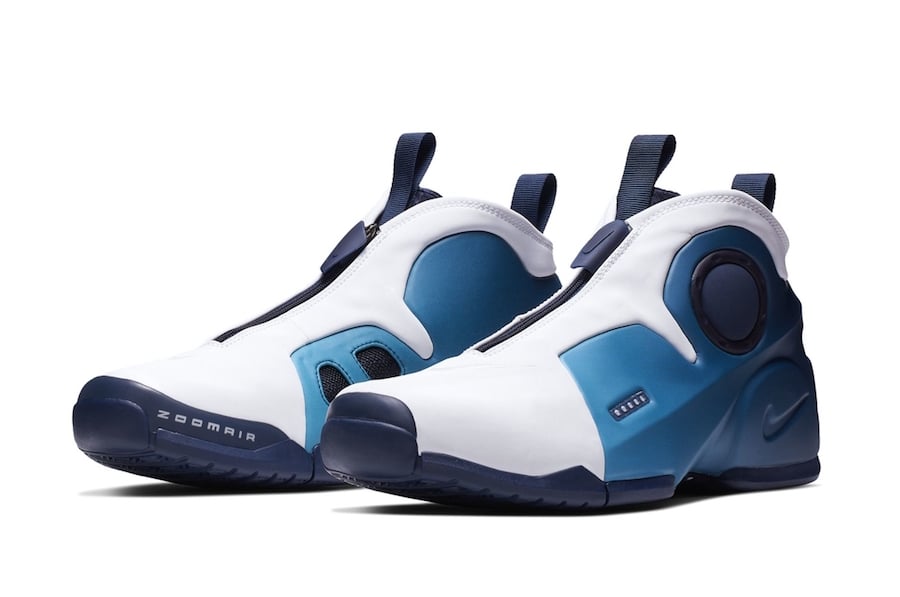 Kevin Garnett originally wore the Air Flightposite 2 which is part of Nike Sportswear’s Alpha Project. During 2019 we will see original colorways and new ones return in retro form.

Although there is minor changes, this pair was worn by Kevin Garnett during the 2000 Olympics and features a White and Blue color combination. Nike has swapped out where it say ‘Garnett’ on the upper with Alpha Project dots. In addition they come with a zipper closure, inner bootie, Foamposite on the overlays and Zoom Air units in the forefoot.

At the time of writing, a release date for the Nike Air Flightposite 2 has yet to be announced. However they are expected to launch Fall 2019 at select retailers and online at Nike.com. Additional colorways will also be available soon. 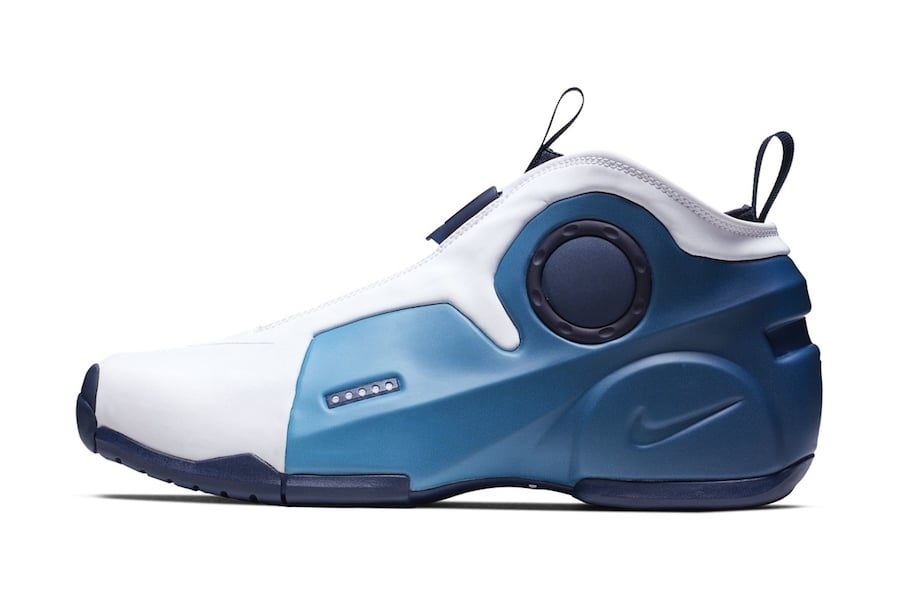 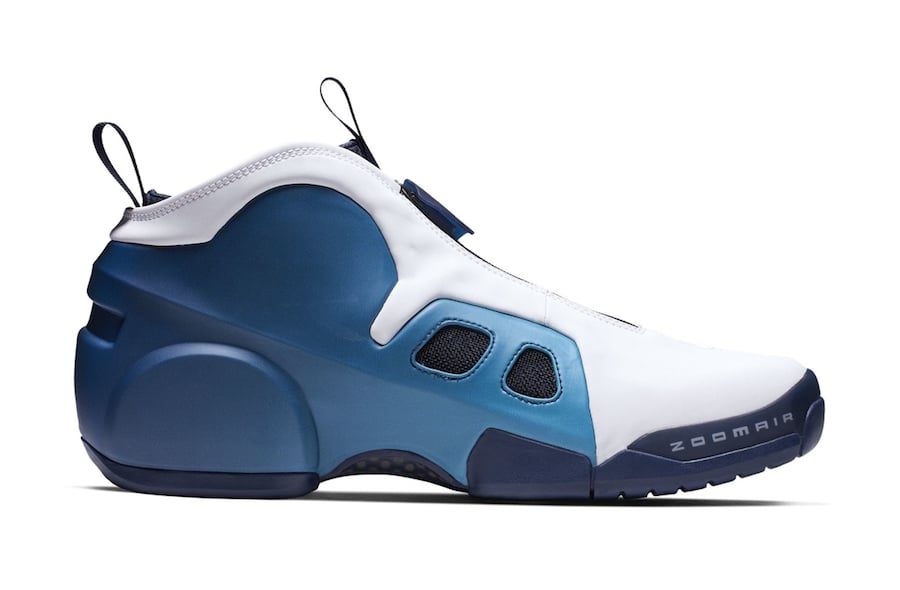 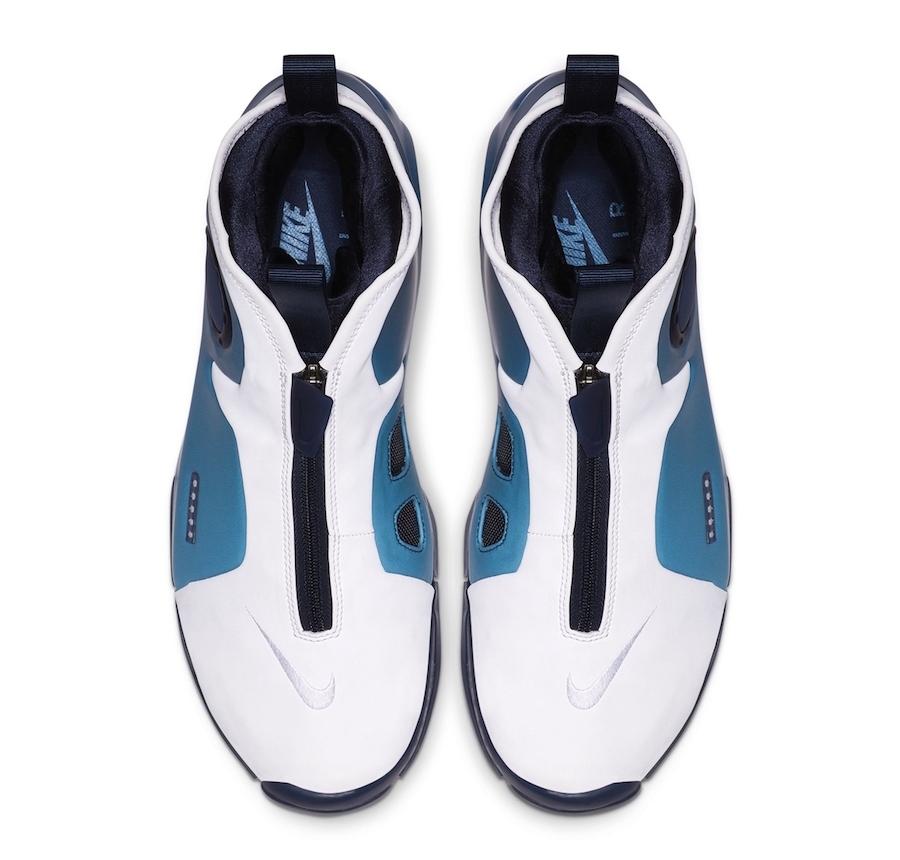 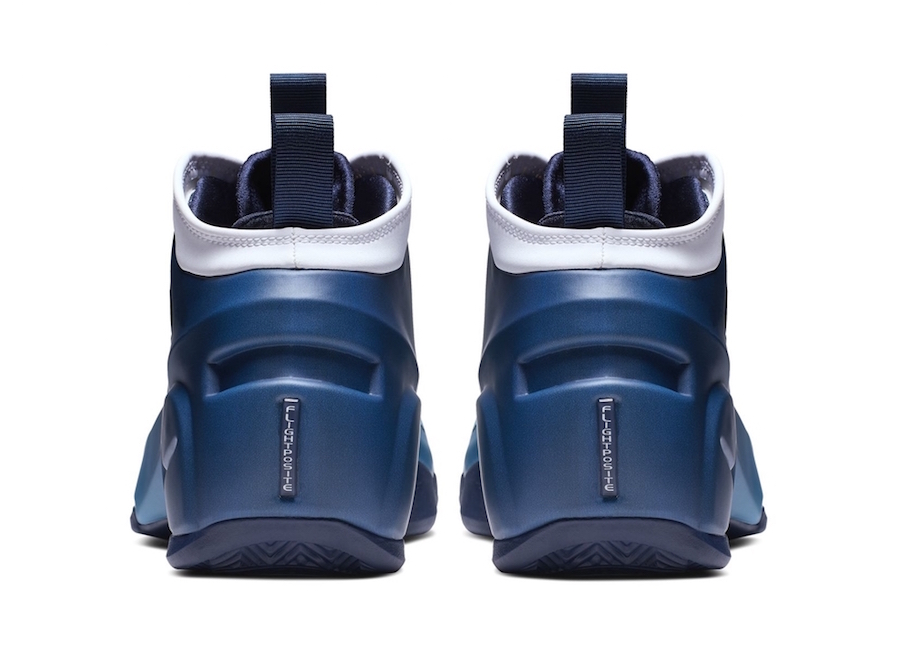 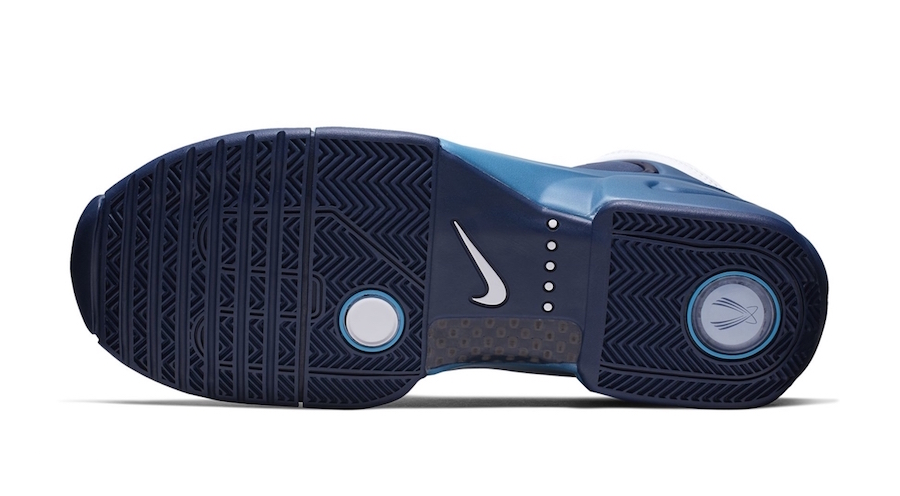