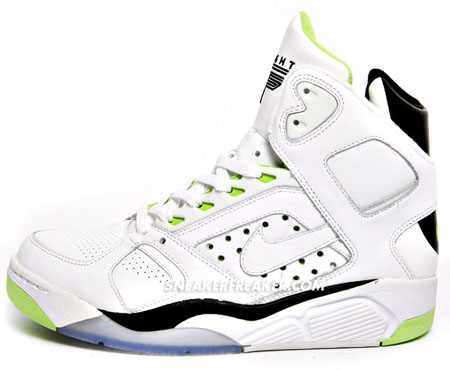 After already previewing the black/purple Nike Air Flight Lite, things are continued to be kept simple with the upcoming lime version of the Air Flight Lite. White dominates the base as lime and black appear as accents and not to forget to mention the icy sole area, which were not featured on the original model which was first seen in 1991 worn by Scottie Pippen. Not a color-way Scottie would wear, but definitely one to turn a few heads on and off the court. Via Sneaker Freaker.