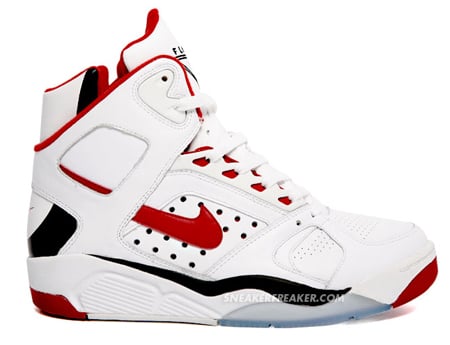 Originally introduced by Michael Jordan’s wing man, Scottie Pippen, the Nike Air Flight Lite High makes its return this year in several variations including the latest make-up, a classic Chicago Bulls inspired model. Made up of a traditional red, black and white color-way, a release to make any Jordan fan jealous. However, the sneaker undergoes a few modifications which includes an icy sole. Limited release is slated for December with a price tag of $112. Via Sneaker Freaker.