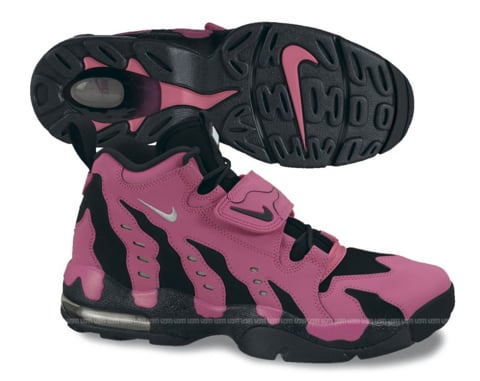 As mentioned several months ago, the Nike Air DT Max ’96 will in-fact make a return this year, and much sooner than you think.

To kick start the new collection, today brings news of the Nike Air DT Max ’96 “Vivid Pink/Metallic Silver-Black”. As a tribute to Deion Sanders’ legendary career, Nike brings back the iconic retro in rare form with vivid pink nubuck uppers which are accompanied by black underlays and metallic silver accents throughout.