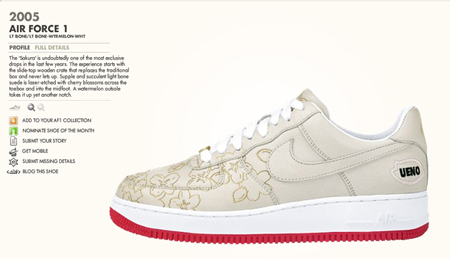 The Nike 1Vote project gives die hard Air Force 1 fans a chance to vote for their favorite pairs of Air Force 1’s. Baltimore has selected one of the rarest and most expensive Air Force 1, the Sakura Ueno. It will be released only in the Baltimore area very soon as apart of the 1Vote contest. Philadelphia is another city with the opportunity to cast their votes for their favorite pairs. New York is the next city that will be voting in January. Via Sneakervilla.