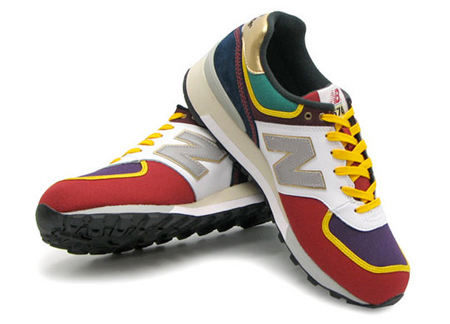 This year marked the 20th anniversary of the New Balance 576, which justifies all of the crazy 576 releases including the one above that never made it to the stores except to the best retailers. This 576 blends past releases from the 20th anniversary collection into one shoe that features a variety of different colors and materials. Two pairs of the unreleased New Balance 576’s are now being auctioned off at Shoe Planet.