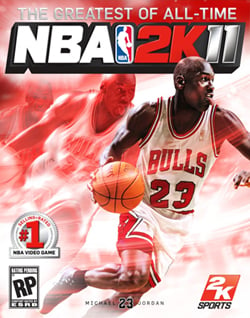 Sneakerfiles have kept you guys posted about NBA 2k11, since news broke that the legendary Michael Jordan is the cover boy. We soon found out that not only will M.J. be on the cover, but will also be a playable character. As the video shows, you will be able to play as Jordan on any team aswell as any decade, from rookie year to his final game. All Air Jordan shoes will also be included in NBA 2k11, from the Air Jordan I to the Air Jordan 2010. Now NBA 2k11 will be available at game stores across the states, October 5th. Check out the trailer after the jump, and let us know what you guys think about NBA 2k11.