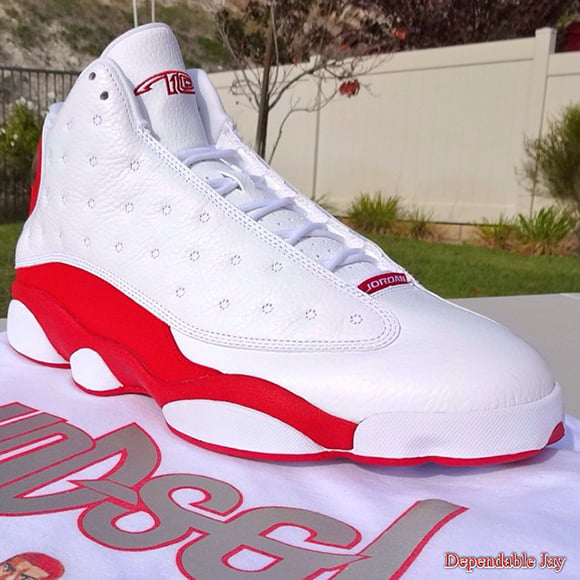 Mike Bibby’s name is closely linked to the Sacramento Kings and his PE’s are probably one of the most sought after. During his NBA days he has played for a few teams, one of them being the Atlanta Hawks. Thanks to @dependablejay we have an image of the Home version of Bibby’s Air Jordan 13.

Since they are home PE, the base features predominate white. A lighter shade of red is placed, a color that has yet to be seen on any released pair. Completing them is the TD on the tongue standing for Team Dime.

What do you think of the Mike Bibby Atlanta Hawks Jordan 13 PE?