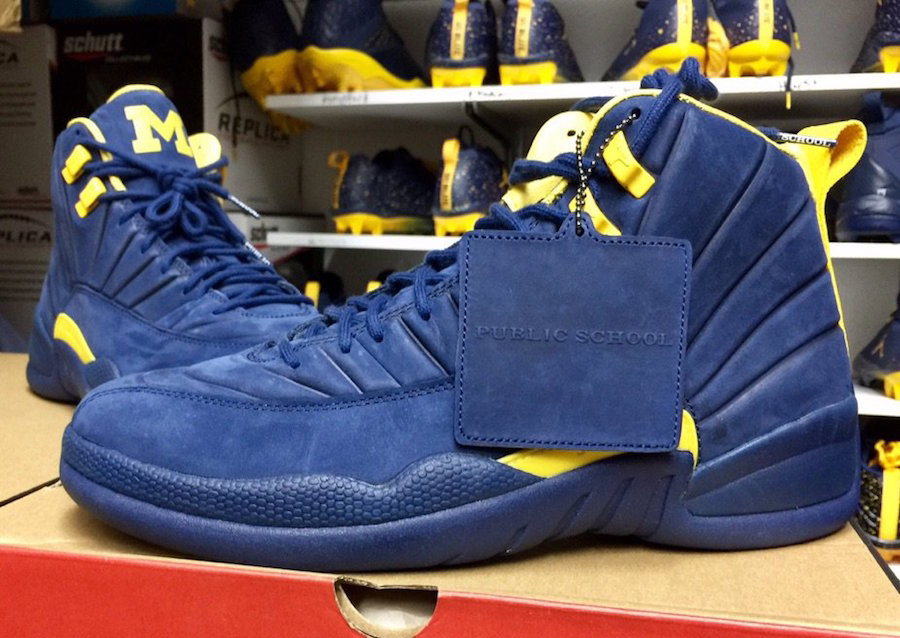 Public School NY collaborated with Jordan Brand on three colorways of the Air Jordan 12 which released during Summer 2017. Now we have learned that a special Michigan PSNY Air Jordan 12 PE was made for the schools football team.

Thanks to head football equipment manager Sonny Anderson we now have a first look. As you can see this Air Jordan 12 fits the Michigan Wolverines theme perfectly while having Navy Blue throughout the upper while Yellow Maize lands on the liner, top eyelet, insole, back heel pull tab and Jordan overlay above the midsole. The last detail is Michigan’s ‘M’ block logo on the right tongue while the left features the Jumpman.

Below you can check out more images of the PSNY x Air Jordan 12 Michigan PE which will give you a closer look. Sadly these won’t be releasing to the public but its possible to see a pair pop-up on eBay. 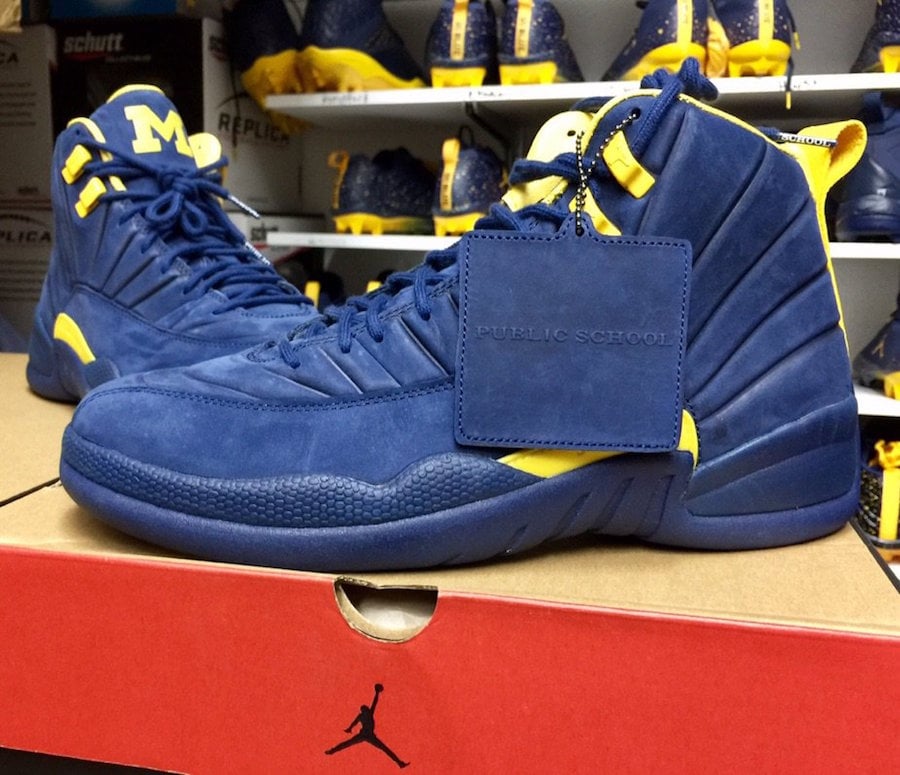 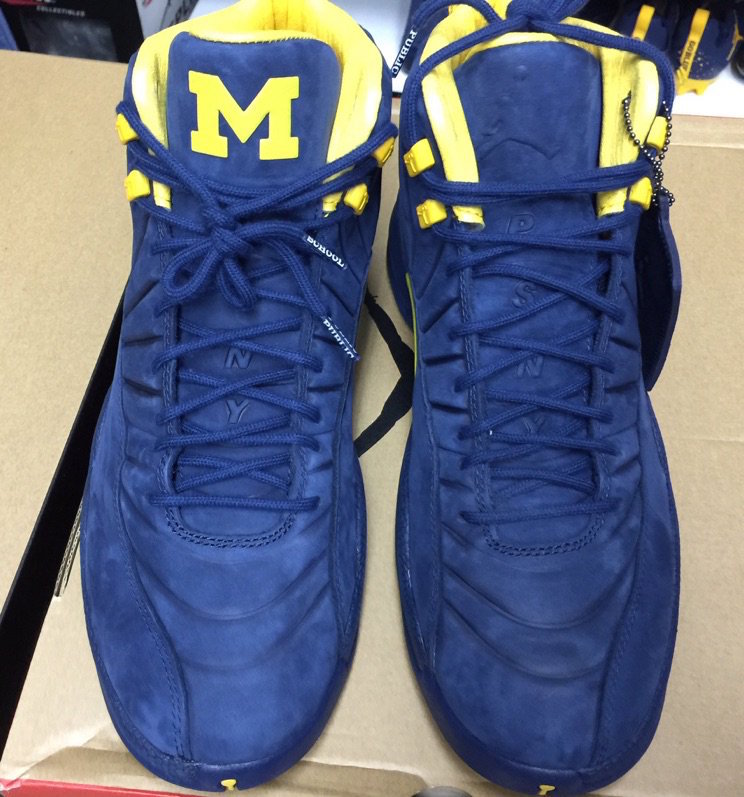 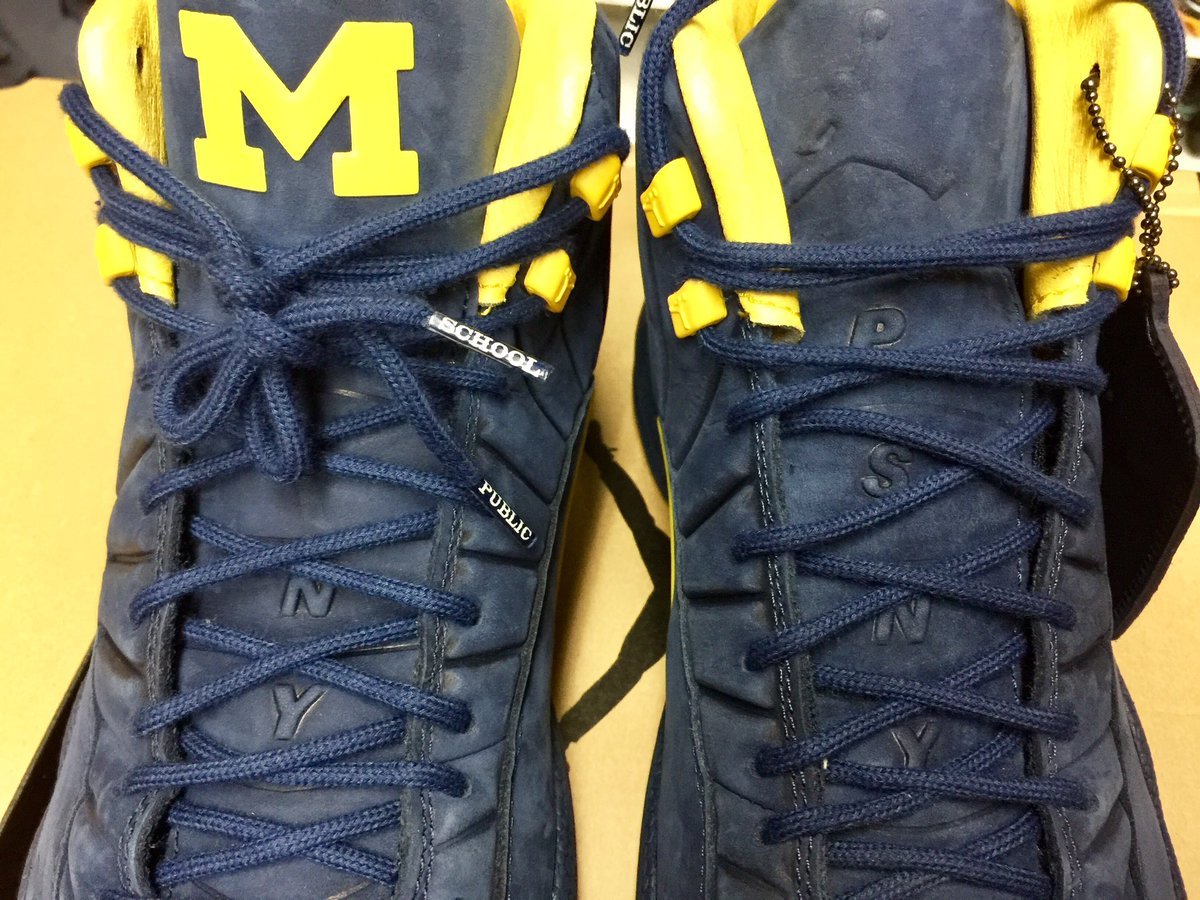 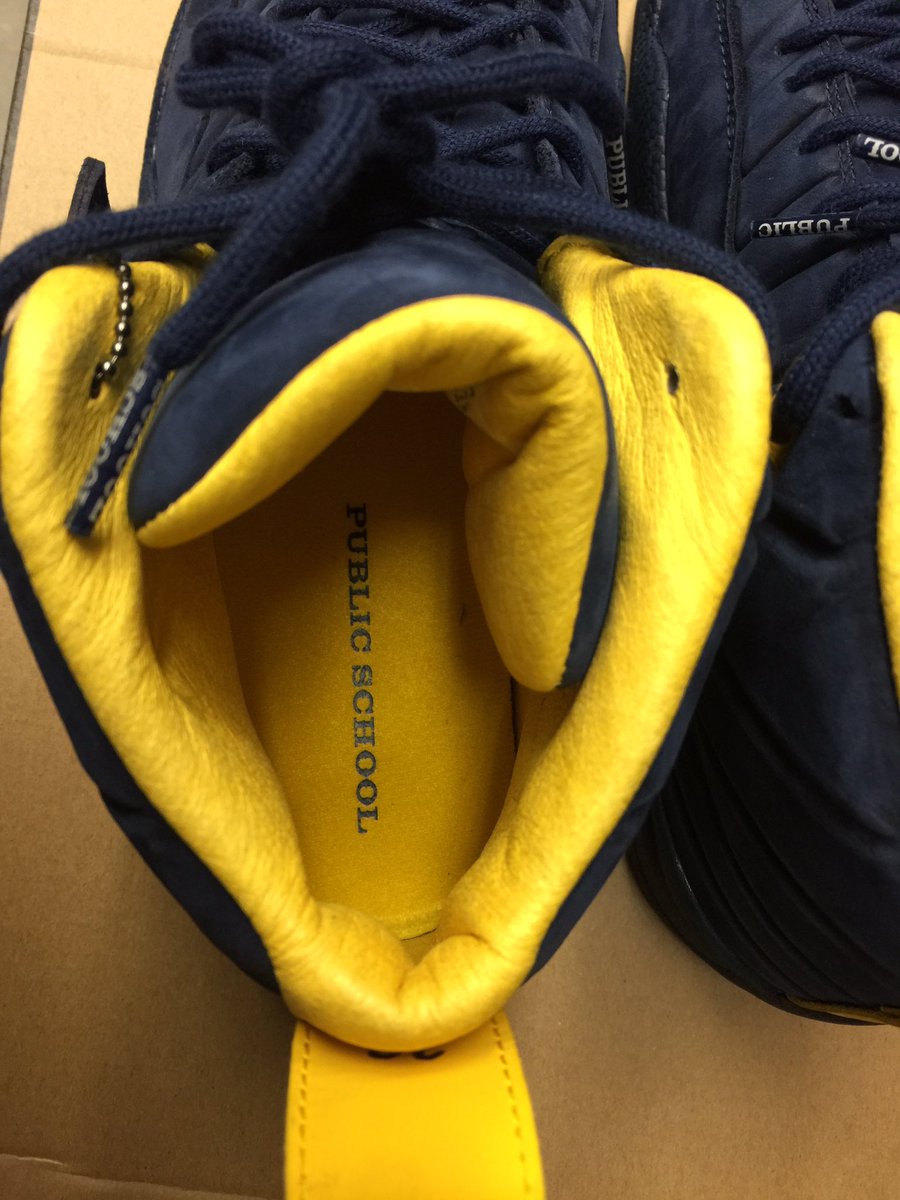 A Closer Look at the Air Jordan 12 GS ‘Emoji’