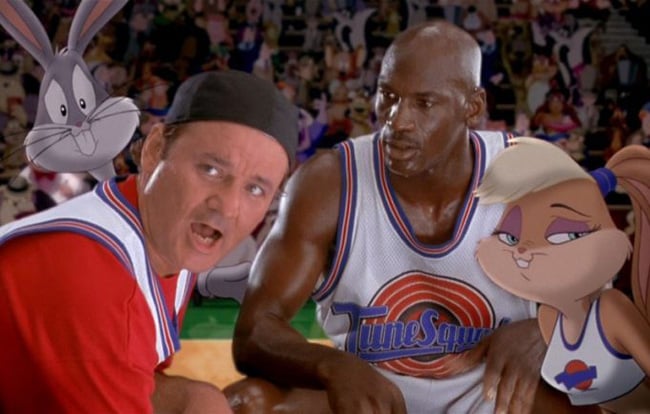 News of Space Jam 2 was originally announced back in May which has confirmed LeBron James to take over the starring role which was first played by Michael Jordan. While many have input their thoughts on who should be playing the new role, not until recently did Michael Jordan give his thoughts.

During MJ’s Flight School Camp, someone asked the G.O.A.T. who he thinks should be playing the main role in Space Jam 2. His response may surprise some. MJ said the following:

“WHO WOULD I CHOOSE? I WOULD PROBABLY PICK BLAKE GRIFFIN,” JORDAN SAYS.

It actually makes more sense then most people think. Blake Griffin can soar through the air and has some pretty electrifying dunks. He is also signed to Jordan Brand which would give some exposure to the brand throughout the movie. In addition, BG’s last signature shoe, the Jordan Super Fly 4 had a campaign featuring Marvin the Martian from the Looney Tunes.

Below is a video where you can hear Michael Jordan giving his thoughts on who should play the star role in Space Jam 2. Leave a comment below and let us know what you think?