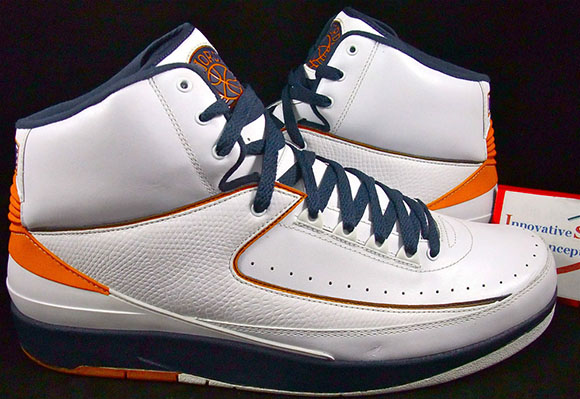 There are some perks on being Michael Jordan’s son. You don’t have to ask Marcus Jordan you can see with this Air Jordan PE made for his High School playing days.

Marcus Jordan wore this Air Jordan 2 player exclusive in his senior year at Whitney Young High School. Featuring white leather uppers, orange accents on the logo, piping and heel. We also have the use of navy blue on the midsole, liner and laces.

Landing a pair of PE’s is hard, but getting a pair of Marcus Jordan PE’s is one of the most difficult tasks. Only pairs harder would be Kobe Bryant and Michael Jordan PE’s. Bidding has recently ended with the pair selling for $1,234 from innovative_shopping_concepts on eBay. 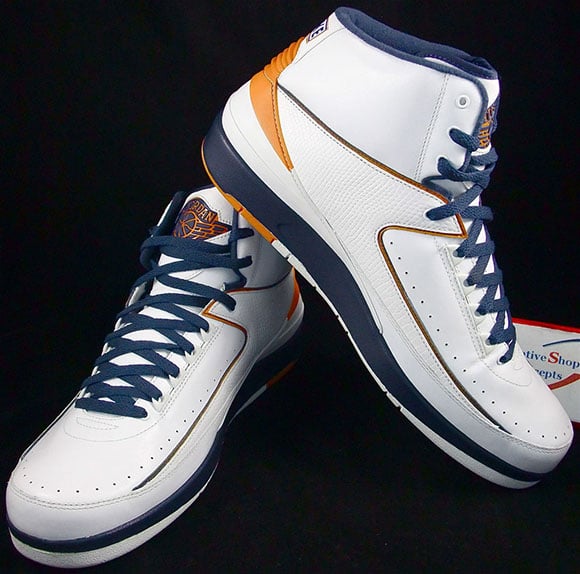 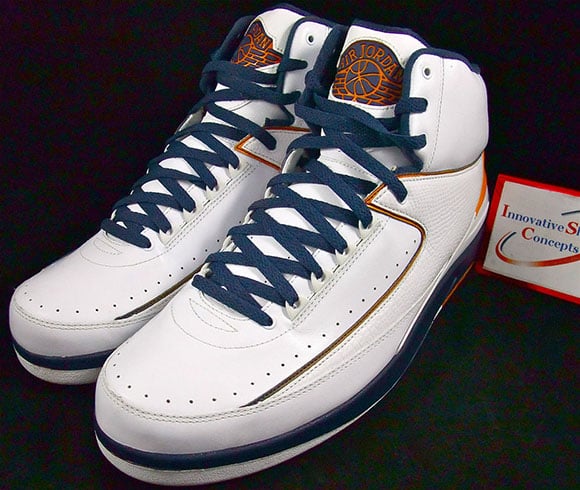 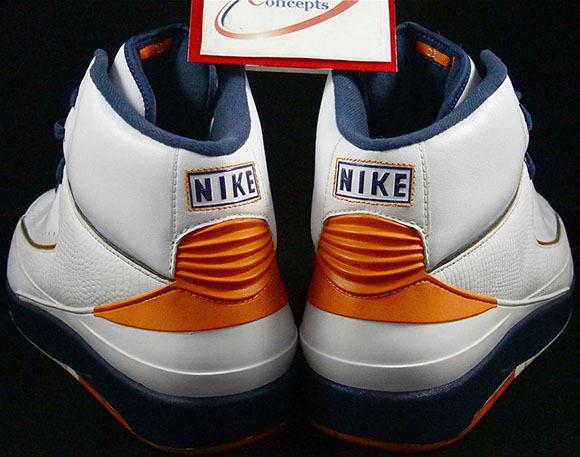 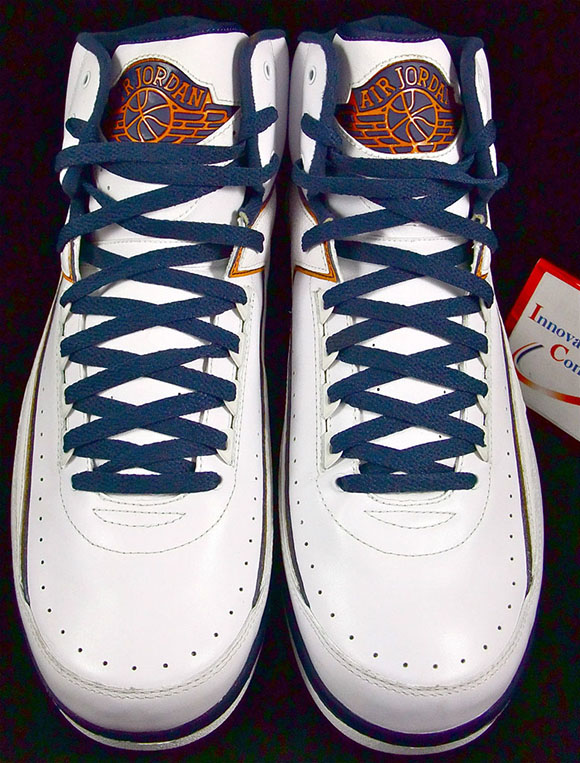 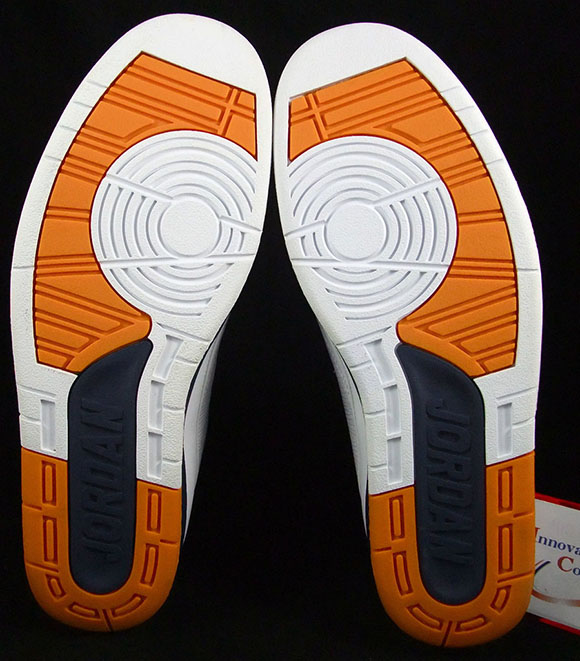 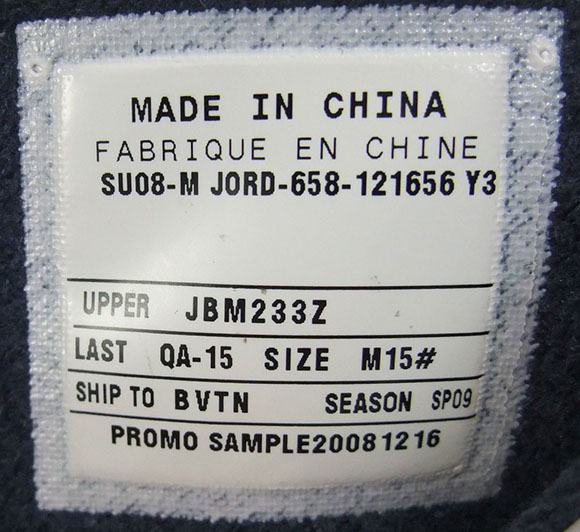