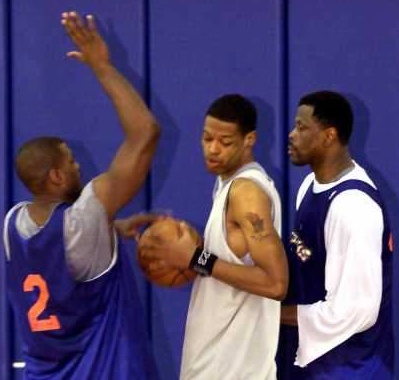 Hailing from Hartford, Connecticut, Los Angeles Clippers center Marcus Camby is a defensive stalwart and discerning sneaker aficionado. Camby is part of a distinguished Umass alumnus which includes a trend-setting Julius Erving and the inspiring Bill Cosby. While playing for the school, ‘MC’ amassed several coveted awards; including First Team All-American, the John R. Wooden Award, and Naismith College Player of the Year. Moving along to the NBA, Camby was the second-overall NBA Draft pick in 1996 and took home the NBA Defensive Player of the Year award in 2007.

Marcus was kind enough to take a time-out, and talk shoes with Sneaker Files.

Read on to find out about MC‘s all-time favorite sneakers.

MC remembers back in the day.. when he saved up enough scratch and copped that first pair with his own money:

“The first pair I bought with my own money were the Patrick Ewings… the orange and blue joints with the New York skyline poster.” 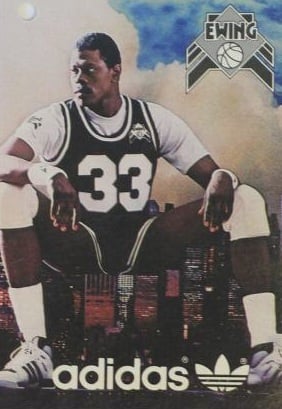 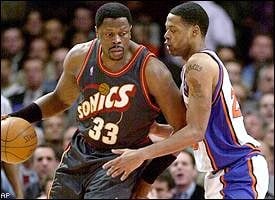 As both an athlete and fan growing up in the ’90s, MC took notice to fashion trends within the game of Basketball:

“In college I wore the black ’95 Air Max Barkley; the same pair The Fab 5 rocked with those baggy shorts!”

MC‘s favorite pair of all time may surprise you:

“I have over 300 pairs of Nike Air Force 1s in about 40 different colorways, all lowtops. They’re my favorite shoes to collect. The white-on-white Air Force 1s are my favorite off-court shoes because they go with everything. You can wear them with shorts, or even jeans with a collared shirt.”

MC did not hesitate when asked about the collections of his former teammates:

“Best teammate shoe collection I’ve seen was Carmelo Anthony’s. He’s sponsored by Jordan, so he has every Jordan made. He actually has a basement full of shoes in every imaginable color!”

When asked about his all time favorite Jordan, Camby goes with an OG:

“My favorite Jordan pair has to be the Jordan V with the 3M reflector tongue. I love the white/black- red ones.”