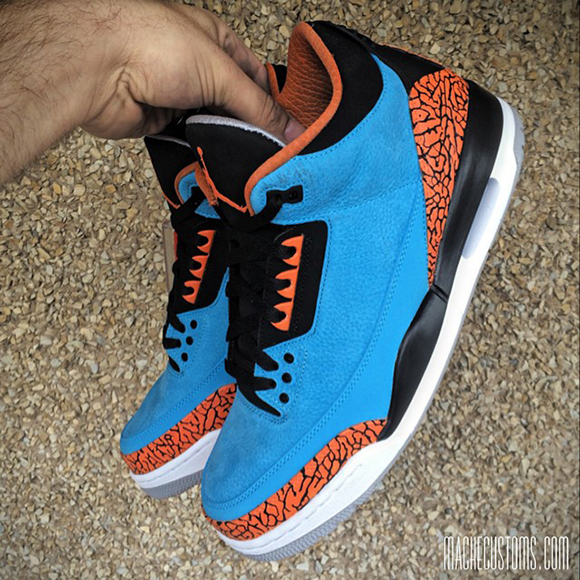 Today the Oklahoma City Thunder take on the Portland Trailblazers for opening game of their seasons. Russell Westbrook will take the leading role as KD will be out for about a month to rehabilitates his foot. Mache, a well known customizer put his graces on the Air Jordan 3 inspired by Westbrook.

Russell Westbrook is signed to Jordan Brand making this Air Jordan 3 custom not far off from something he would wear, although he is expected to lace up the Air Jordan XX9. The shoe used was the Powder Blue AJ3 while Mache adds orange within the elephant print, liner and eyelets.

It would be nice to see Westbrook lace this custom Jordan 3 during a game or even the brand releasing something similar. For now we will have to wish and just enjoy this piece of artwork.