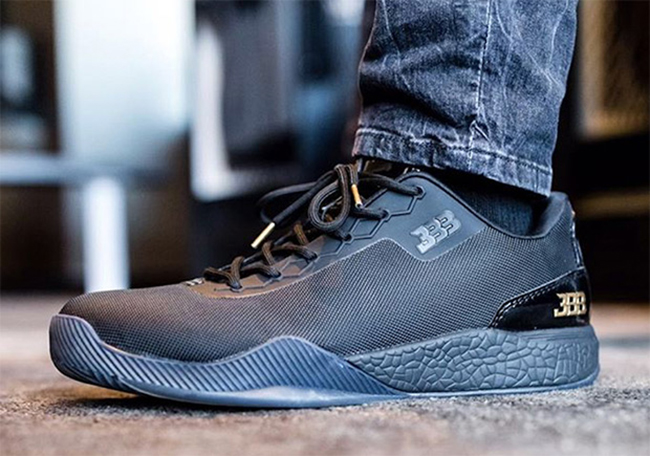 During the first round of the NBA Draft and at the number 2nd pick overall, Lonzo Ball is heading to the LA Lakers. In addition, Foot Locker released a new commercial celebrating the NBA Draft featuring Lonzo Ball, De’Aaron Fox, Jayson Tatum, Jonathan Isaac and Malik Monk who get interviewed by kids.

In the commercial, Lonzo Ball was seen in a brand new colorway of the Big Baller Brand ZO2 which comes in a Triple Black theme. Constructed with mesh, the only other color seen is Gold which lands on the BBB branding.

At the time of writing, Lonzo Ball’s ZO2s in Triple Black has yet to release and it isn’t known if they will. If they do drop, we will make sure to update you. Below you can check out the Foot Locker commercial and let us know your thoughts in the comments section.