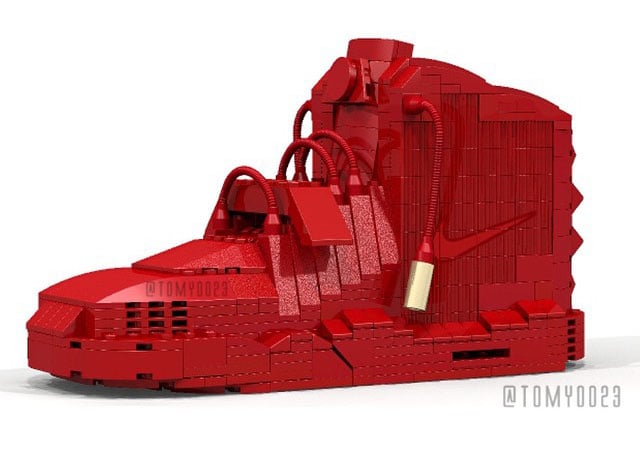 Tom Yoo is once again at it again. After designing multiple Air Jordan models from Lego’s he returns with the Lego Nike Air Yeezy 2 Red October. While they won’t be hitting retailers as of yet, we are sure that even though they are a toy, they would sell-out.

Completely made using Lego blocks, the replica version of the Yeezy 2 uses all red just like the release along with gold hitting what is suppose to be the lace tips.

Tom was running a campaign to get his Concord Jordan 11 into flagship Lego stores, but that’s an uphill battle. Even if he gets enough votes, Nike would still have to approve. What he could do is start selling the items himself, which we are sure would sell. 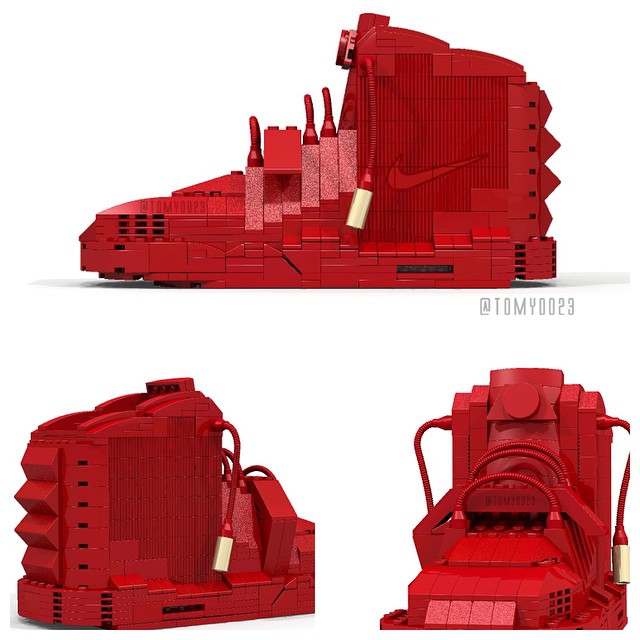