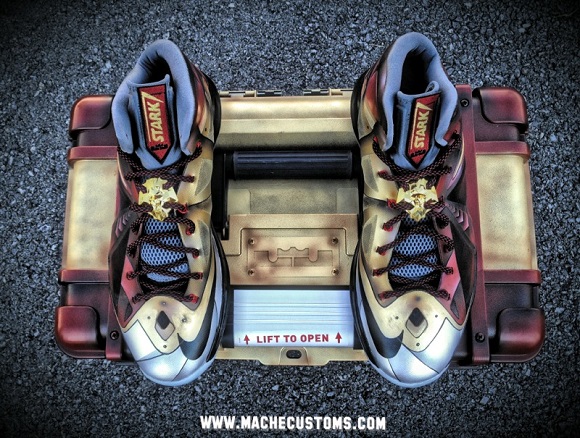 Although never game worn, the custom connoisseur Mache produced another superb piece of artwork. The custom features a collage of detail that we have come to expect from Mache. The toebox features a silver metallic paint that gives the illusion of panels. The outside of the upper sports a similar panel appearance that reminds its viewers of Tony Stark’s iconic suit with a maroon base paint. The inside of the upper has a golden paint that impersonates Iron Man’s mask. The custom Lebron X Iron Man 3 is a great example of Mache’s work and comic book influences.

This unique Lebron X has probably worked it’s way into Lebron’s closet and personal collection. The only time it has seen the court was during an NBA Playoff shoot-around after being received in March. Ever since the Iron Man cameo, the shoes have been M.I.A.(pun intended). This custom was overshadowed by the “Holy Starks” custom Air Mags done by Mache which are still seizing attention around the sneaker world.

The custom has accents that make it pop, such as the eccentric lace locks, and the gold swoosh. Not to mention the tongue tab that reads “Stark” and resembles the Stark industries emblem from the Iron Man series. All in all, this custom has come to be the ordinary work of Mache, and he always has something new and exciting up his sleeve. 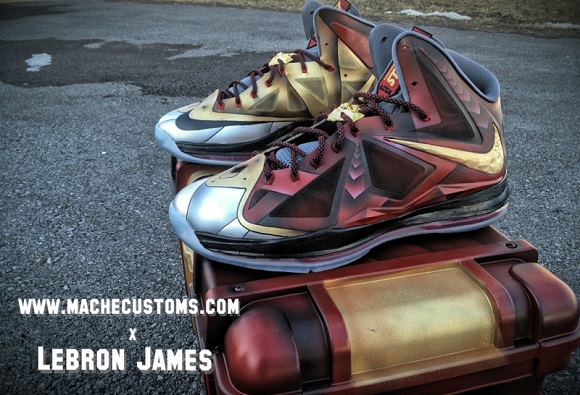 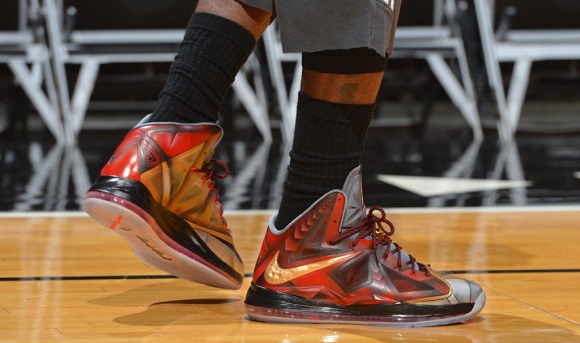 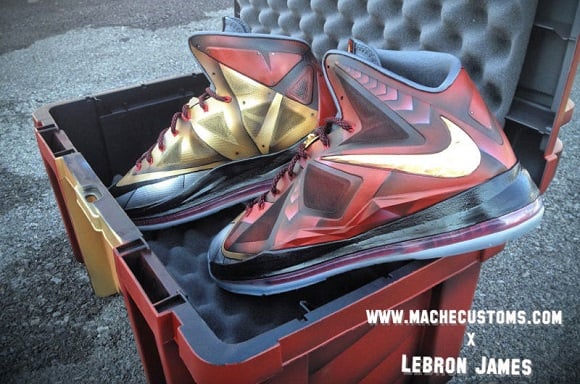 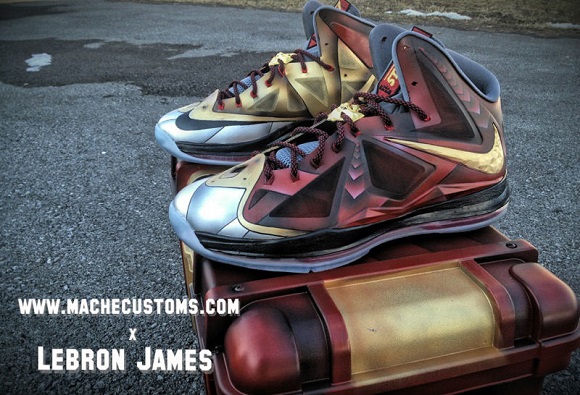 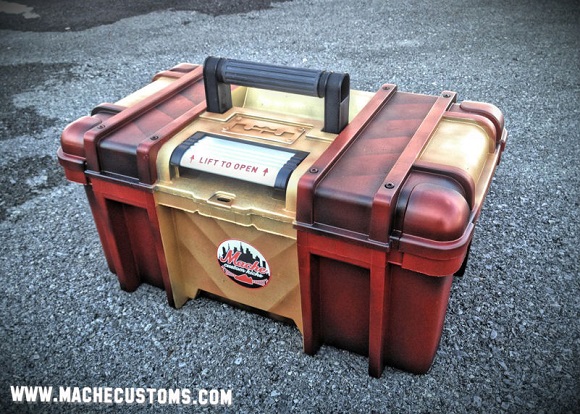